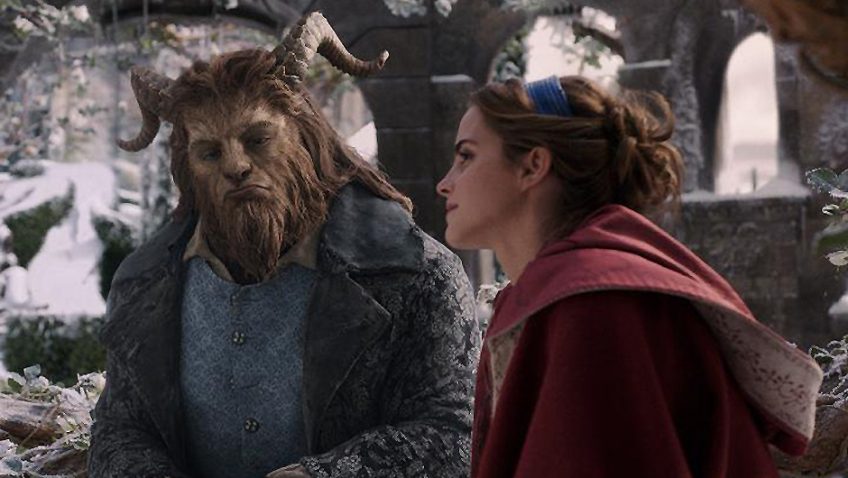 Beauty and the Beast is for family audiences

Robert Tanitch reviews a DVD for the festive season

Beauty and the Beast (Disney). The classic text for one of the world’s oldest stories is by Madame Leprince de Beaumont and was first published in 1756 in French The story has been the inspiration for pantomimes, ballets and plays ever since.

More recently there has been the award-winning Disney cartoon in 1991 and the award-winning Broadway musical version in 1994. Now there is a total remake, directed by Bill Condon, which mixes actors and animation. The songs are still by Alan Merken (music) and by Howard Ashman and Tim Rice (lyrics) with some additions.

Emma Watson is a very naturalistic Beauty and the duller for it. In one scene she is blatantly asked to imitate Julie Andrews in The Sound of Music. Dan Stevens is much more interesting as the melancholy Beast than he is as the characterless Prince. He has a nice line in quiet irony and a nice ballad, Evermore. Emma Watson in Beauty and the Beast

Kevin Kline is good casting for Beauty’s dad. Gaston used to be hilariously vain but as played now by Luke Evans, he is just nasty. Josh Gad is his gay sidekick.

The Prince’s servants, who have been transformed into household objects, want Beauty and the Beast to fall in love so that the curse can be lifted off them as well. They are voiced by top actors: Ian McKellen as the old clock, Ewan McGregor as the candlestick (affecting a Maurice Chevalier accent), Aura McDonald as the singing wardrobe and best of all Emma Thompson as the porcelain teapot.

The choreographed production numbers for the whole company are weakly staged and unimaginatively photographed. The show-stopping number Be Our Guest was so much better on stage when actors playing the servants

Beauty’s flight from wolves through a snowy forest is dramatic. The art work for the castle and its rococo and baroque interiors is outstanding.