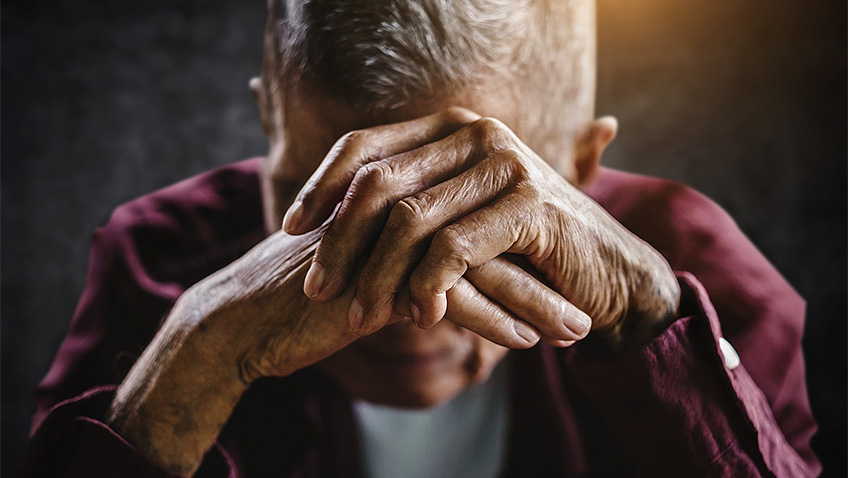 NHS England and Age UK have joined forces in a campaign to encourage older people to access treatment for mental health conditions, as new analysis shows a majority of older people do not seek help.

New data reveals that more than six in 10 people in the UK aged 65 or over have experienced depression and anxiety.

Of these, more than half did not seek help as they thought “they should just get on with it” and nearly a quarter relied on support from friends or family.

Despite effective treatment for mental health problems being available across the country, only around one in ten (13%) of people surveyed by Age UK said they would put their mental health before their physical health, with ingrained attitudes towards mental health a possible factor in preventing older people from seeking help for emotional problems.

The campaign aims to boost the number of older people getting the help they need by writing to GPs to urge them to look out for the symptoms of mental health problems in older people, along with making them aware of the NHS support services available.

Alistair Burns, National Clinical Director for Dementia and Older People’s Mental Health at NHS England and NHS Improvement said: ‘Older people sometimes feel they have to have a “stiff upper lip” towards health, but we all have our own battles to fight and seeking help is a sign of strength, not weakness, so anyone out there who is feeling down and needs help, can and should get it from the NHS.

‘We should remember that loneliness and isolation can be linked to physical health problems, so getting support through a talking therapist is good for mind and body.

‘Depression shouldn’t be seen as a normal part of ageing and we need to challenge the assumption that older people should just put up with it, as evidence shows it can be treated.’

Although the NHS is treating more people for depression and anxiety than ever before – with the Long Term Plan expanding access to talking therapies for hundreds of thousands more people – evidence shows that older people aren’t always seeking the help they need.

This comes despite evidence showing they have virtually the same chances of recovery and less chance of their wellbeing deteriorating than their younger counterparts after a talking therapy treatment.

Caroline Abrahams, Age UK Director said: ‘In recent years there’s been nothing short of a cultural revolution in our willingness to be open about mental ill health, which is an essential pre-condition to people getting help, but it’s one that may well have left many older people behind. They grew up in an era when there was a real stigma associated with mental illness, so for many, these attitudes are deeply engrained and still driving their behaviour today.

‘A further barrier to seeking support is a widespread lack of awareness about the effective treatments that are available, beyond “taking pills”, which many older people feel they do quite enough of already.

‘And finally, it is understandable if a lot of older people, having experienced so many ups and downs through life, take the view that feeling depressed or anxious are not illnesses that are just as deserving of a proper medical response as a physical problem like a chest infection. Without targeted action to support older people as a distinct group they are at risk of being left further behind when it comes to mental health.’

As part of wider drive to address inequalities in access to mental health care, the NHS Long Term Plan will also help local areas ensure that talking therapy services meet the needs of older carers and people living with dementia and frailty, including those in care homes.