Home / LIFESTYLE / REVIEWS > / FILM REVIEWS / The special features will enhance your viewing pleasure, if not your knowledge of cinema history 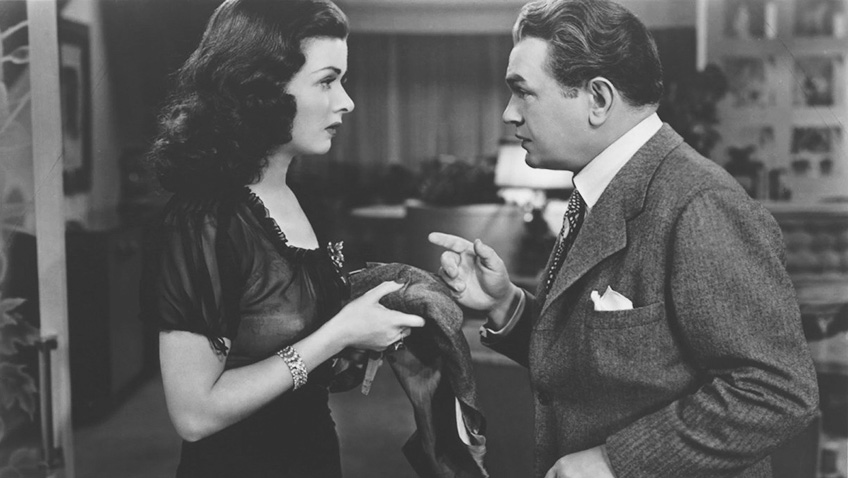 The special features will enhance your viewing pleasure, if not your knowledge of cinema history

When both Fritz Lang and Peter Lorre (born László Löwenstein) settled in Hollywood after fleeing Nazi Germany, Lang was already known for his silent film, Metropolis; Lorre for Hitchcock’s The Man Who Knew Too Much (shot in the UK en route to Hollywood) and both for Lang’s first talking film, M (1931) shot in Germany. Lang was one of the most successful directors to come out of Europe in the 1930s, and was a major contributor to the American film noir genre. But it was not Lorre who stars in The Woman in the Window

(1944) but another Jewish refugee, Edward G. Robinson (born Emanuel Goldenberg) who was known for his gangster roles (The Widow from Chicago, Outside the Law, Little Caesar) and is here cast against type.

Produced and written by the great Nunnally Johnson (The Dirty Dozen, The Grapes of Wrath) from a novel by J.H. Wallis, the level of talent behind The Woman in the Window

The film opens with a wonderful bit of foreshadowing, that Nunnally and Lang intentionally dish out in the first half of the film to suggest that we will be seeing Lang’s signature strong arm of destiny at work. One of the most controversial aspects of this film, however, is how Lang subverts this notion with a double twist at the end that was devised to both satisfy and elude the restrictive Motion Picture Production Code that was rigidly enforced from 1934 to 1954.

Gotham University Professor of Criminology Richard Wanley (Robinson) is lecturing his class on the psychological aspects of homicide, and asks the class to consider varying degrees of culpability to take into account situations like self-defence.

The foreshadowing continues when, having sent off his wife (Dorothy Peterson) and two children (one being future Baretta star Robert Blake) to the seaside for the summer holiday, Wanley stops to admire the portrait of a young woman in a shop window. He is on the way to meets his two friends at their club and the conversation turns to the mischief Wanley could get up to on his own. With a combination of teasing, warning and daring, District Attorney Frank Lalor (Raymond Massey) and Dr Michael Barkstane (Edmund Breon) issue joke about the dangers of chasing adventure at their age. While Wanley admits, ‘the flesh is strong but the spirit grows weaker by the hour,’ he confesses, ‘I hate the stodginess I’m beginning to feel.’ 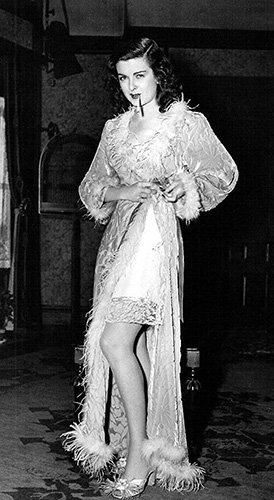 Joan Bennett in The Woman in the Window

After his friends depart, Wanley orders a drink and sits down in an armchair to read the ‘Song of Solomon’, a rare biblical celebration of romantic and sexual love. You just know that that book will have some further role to play in the film, but only a spoiler alert will satisfy your curiosity on that count.

On his way home in a romantic trance, he stops by the picture again and thinks he sees the woman herself in the reflection from the shop window. Has he had too much to drink, or it is the Song of Songs? Rather improbably, a beautiful woman (Joan Bennett) approaches him and introduces herself as Alice, as though they were at a friendly dinner party. Taken aback when she invites him to her apartment, he acquiesces when she assures him it will only be for one drink.

Back in Alice’s comfortable apartment, though she changes into something more comfortable, sex is not on the cards and Alice’s aims and motives are unclear. That said, when a jealous lover, Claude Mazard (Arthur Loft) comes storming into the apartment and lunges at the bewildered Wanley, the professor joins the ranks of Walter Neff in Double Indemnity and Frank Chambers in The Postman Always Rings Twice in being drawn into doing the lady’s bidding.

One of the most beguiling aspects of this film is that Alice is not your typical femme fatale and the filmmakers rely on our expectations to create tension. Wanley’s first instinct is to notify the police, and surprisingly, Alice does not stop him; he stops himself. When, later in the evening, Alice phones Wanley at home, you feel certain it is to blackmail him, leave evidence of their communication for the cops or to ask him for another favour. But Alice just wants a way out, particularly when Mazard’s minder, a sleazy blackmailer (Dan Duryea) pays her a visit.

While Alice deals with the unsavoury blackmailer, Wanley is invited to explore the crime scene with his friend Frank. Coincidentally, Frank is personally investigating the death of Claude Mazard, who is not the ‘nobody’ Wanley bargained for. In these fascinating scenes we see how difficult it is for a novice to avoid implicating himself in the crime. Robinson transforms into a desperate man who is truly out of his depth.

The Woman in the Window

benefits from multiple viewing. You will pick up the Freudian references (typical of the 1940s) as well as the visual motifs that give expression to Wanley’s increasingly disturbed and depressed state of mind. Look out for the scene in front of the lifts where everyone seems to be wearing a telltale straw hat.

Bennett is mysterious, sexy and vulnerable in equal measure. She became Lang’s muse and, with her husband, business partner in a production company. In addition to this film, she starred in Lang’s Man Hunt, Scarlet Street (with Robinson and Duryea) and Secret Beyond the Door.

As well as a high quality (though not perfect) transfer, you get other features that will enhance your viewing pleasure, if not your knowledge of cinema history.