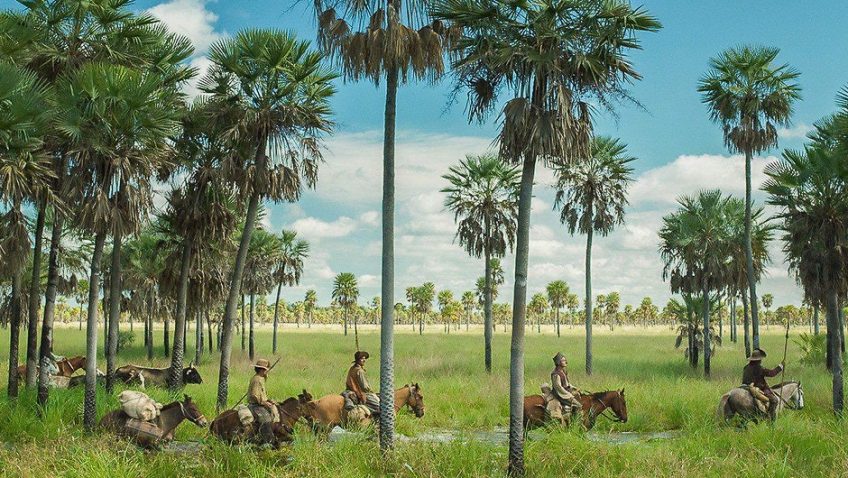 The Argentine director Lucrecia Martel (The Headless Woman, the Holy Girl, The Swamp) has over the past ten years been planning a science-fiction project, but whenever she thinks of the future, she says, it is the same as the present. In Zama

, a staggeringly powerful and beautifully made period piece about colonization, the future is now and the past is not very different. Based on the final, 1956, book of Argentinean author Antonio Di Benedetto

is a mesmerising, cruel and surreal film about what Martel calls, the anxiety of identity.

might not be the sci-fi film Martel was planning, but its plot and setting form a nightmarish dystopian vision characteristic of that genre. And its eponymous civil servant, Don Diego de Zama (the charismatic Spanish/Mexican Daniel Giménez Cacho) is trapped in an eternal waiting game in a godforsaken coastal colony so remote that a Minister’s brandy glasses, shipped from Buenos Aires, are wrapped in newspaper more current that the latest editions available in the colony. Seldom has a director conjured up a picture of boredom, idleness, frustration, and hopelessness as convincingly as Martel does here when focusing on her first male anti-hero, a man that it is as difficult to like as it is not to pity.

Don Diego de Zama, an intense, stately man of about forty who rarely smiles, and is always on edge, is the designated magistrate this backwater colony of the Spanish crown in the late 18th century. The district has problems with the indigenous population; with traders spreading the plague and with the notorious, elusive bandit Vicuña Porto (Matheus Nachtergaele) whose first name means a kind of South American mountain lama, of which we see examples in the local homesteads.

Like Zama, who was born in South America and is the longest serving officer of the crown in the colony, Vicuña has earned an almost mythical status. At one point, when a wealthy importer of brandy, inquires about needing an armed guard to unload his product, he is reassured that Vicuña has been killed 1,000 times. By the end, a suicidal Zama volunteers to join a search party organised by the new governor to kill Porto, still at large. It is the importer’s pudgy son, carried in a basket on the back of a near naked native, who haunts Zama with his own mythical status. The cherubic boy stares at Zama as though taunting him, and chants: ‘A god who was born old and can’t die. Its loneliness is atrocious…Zama the Corregidor (mayor), with the spirit of justice. A man of the law. A judge without fear.’ 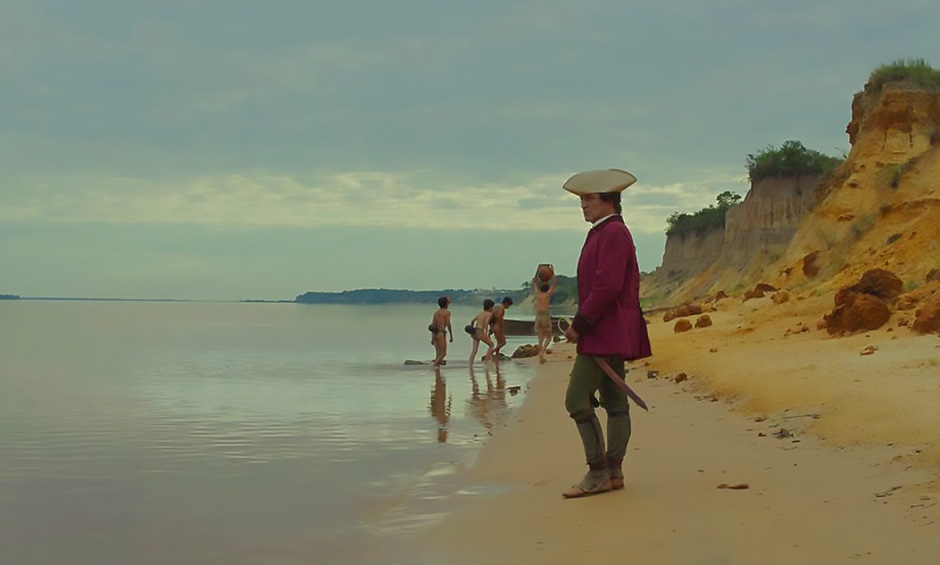 Zama’s true status is nothing as grand and he knows it. His judicial decisions are made as a function of his only wish: to be transferred to Lerma (Martel’s home town it’s Buenos Aires in the novel) and be reunited with his wife and three children whom he has not seen in many years. In one scene, that is almost comical in its frank expression of colonial cruelty, a bedraggled family claiming Spanish noble blood brag about their history of chasing Indians into the jungle and ‘showing them no mercy.’ Their problem is that they did such a good job that there is no one left to work for them except for their mixed-raced granddaughter. Zama promises them their property and Indian slaves.

Zama’s assistant, Ventura Prieto (Juan Minujín), challenges Zama on his judgement, pointing out the family’s lack of title deeds and documentation. ‘The name of Irala isn’t enough to enslave natives,’ Ventura reminds Zama who feels that ‘the family have suffered enough.’ Furious at Ventura’s challenge, Zama strikes him and the two men get into a brawl that is reported to the governor.

When Zama is summoned to the governor’s (Daniel Veronese) office his hopes are raised with the news that the Royal Mail has arrived. Zama awaits the Royal Mail like children await Christmas, not only for long delayed salary, but for a letter from his wife and news of his transfer. But the smile on Zama’s face turns to despair as he learns that the governor will be transferred to Spain and there is no news for Zama. On top of that, the governor adds that Ventura Prieto will be deported to Lerma for his part in the brawl, a punishment that needs to be handled discretely given Zama’s status and involvement. You can feel Zama’s body and soul filling up with fury, when he asks how it is that a deportee can name his destination.

More humiliation and false promises follow, one of the strangest dealing with the scribe (Nahuel Cano) who is to write a transfer letter to the King on Zama’s behalf. Zama has fathered a child, which affords him the right of transfer. Although it is the illegitimate son of a native woman, the governor is going to overlook that and sign the letter if Zama delivers a report to him on the book that the scribe has been writing. That act is illegal and the governor wants the book destroyed. The colony and its inhabitants, are fated to disappear from history in its cultural void.

The crux of the films lies in a relatively early sequence in which Zama and the brandy importer have a meeting with the Treasury Minister’s wife, the well-fed, well-wigged and well-dressed Luciana Piñares de Luenga (the Spanish actress Lola Dueñas) who is stationed temporarily in the colony. She asks about Buenos Aires where, she read, they have many comedy troupes that put on plays and orchestras. ‘We have no occasions for elegance here’, she laments, something that Zama knows only too well.

Struggling to join in the conversation, Zama adds, ‘if only we had some cold months, adding, ‘snow is so elegant’ before conjuring up images of ‘Russian Princesses wrapped in furs. The perfumes. The heated houses with rugs…’ Luciana interrupts him with the sobering comment that ‘Europe is best remembered by those who have never been there.’

If Zama is in awe of Luciana’s elegance and social class, he has no affinity for the natives of his coastal colony, and makes little effort to know his mestizo son, a fact that makes the ending all the more ironic. Zama is tortured by his longing for European civilisation, and by his inability to embrace his status as an ‘americano’. Martel’s remarkable use of repeated images and sound add to the film’s surreal, otherworldly quality. As Luciana mentions Zama’s reported imminent transfer, her voice fades and an electronic sound fills the void as though reality, and life itself, is slipping away.