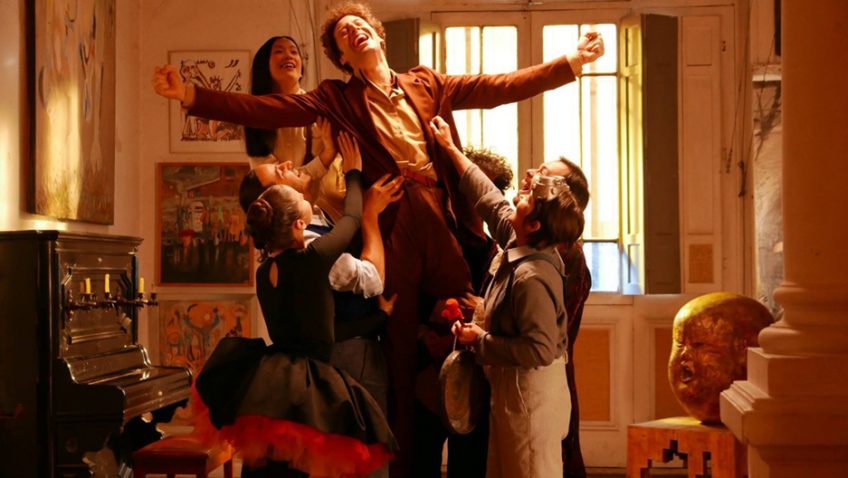 At 87, the polymath director Alejandro Jodorowsky gives us Endless Poetry

(Poesia Sin Fin) is New Year’s treat from 87-year-old polymath Alejandro Jodorowsky who claims writer/director/actor/production and costume design credits on this, the second film in his autobiographical series.  When Jodorowsky set out to make a spaghetti western with El Topo it ended up being an outrageous, surreal cult film. His stab at the horror genre, Holy Blood, was an overwhelming experience for even the most seasoned horror fans. Endless Poetry

is a genre film, too, a surprisingly standard coming-of-age biopic.  Still, if you haven’t seen part one – The Dance of Reality – you won’t have seen another autobiographical film quite like it.  There are some gratuitous sequences that we could do without, but the film is so unexpected, funny, touching and beautiful that we are willingly drawn into Jodorowsky’s world and happy to be there.

The film begins where his 2013 The Dance of Reality, left off – and is also, appropriately enough, a family affair.  Jodorowsky’s charismatic son Adan – who also wrote the score – plays Alejandro in his early 20s as he breaks away from his bullying, money-worshipping shopkeeper father Jaime – brilliantly played by the director’s eldest son, Brontis – and his loving, but subjugated mother, Sara (Pamela Flores).  In contrast to Jaime, who continually shouts insults at his son, Sara sings her benevolent thoughts in an operatic voice. It is from Sara, who abhors Jaime’s bigotry and bullying, that Alejandro gets his artistic genes.   If The Dance of Reality was about Jaime, Endless Poetry

When Jaime discovers the teenage Alejandro (played by Jeremias Herskovits) reading Lorca, he is furious. ‘He speaks of love, but he’s a faggot like all poets, painters, dancers and actors!’, listing just about every group Alejandro is to befriend when he leaves home.  ‘If you read that filth you’ll end up like him!’

In one of many unexpectedly touching moments in the film, however, Alejandro is relieved to learn that he does not share Lorca’s sexual inclination. He allows his gay cousin Ricardo to kiss him and realises he feels nothing. While tragically, Ricardo is unable to free himself from his insufferable bourgeois family, he helps Alejandro escape into the bohemian artistic circle of 1940’s Santiago, Chile.  When the film shifts to Santiago, Alejandro is played by Adan Jodorowsky.

In an interview, Jodorowsky explained: “In Chile, in the forties, I was 24 years old… it was a fantastic moment. The war was all over the planet, and in Chile: no war…And then a miracle happened : Poetry came to the country. Great poets started to write marvellous, marvellous poems; two of them have the Nobel Prize, Pablo Neruda and Gabriela Mistral – our father and our mother. And then, everything was poetry…And we started to search for the “poetical act”. 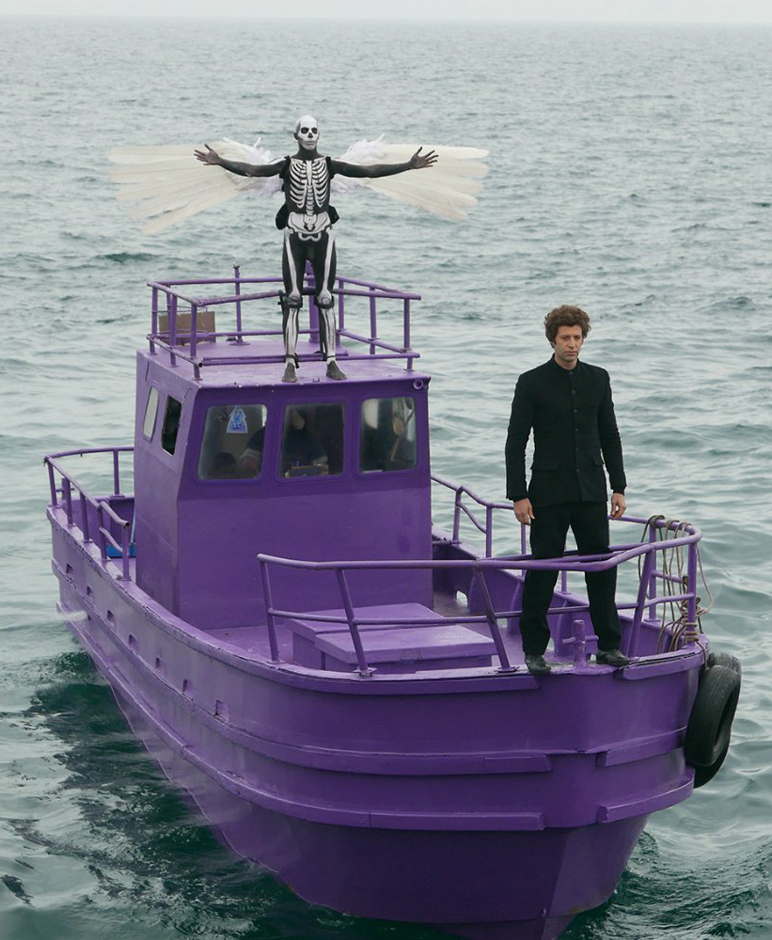 For young Alejandro, the poetical act was often related to sex. In one uncomfortable scene, he is seduced by a dwarf named Pequeñita (Julia Avenado), who happens to be the girlfriend of his new friend, the poet Enrique Lihn (Leandro Taub).  Lihn is off on a bender and Pequeñita is furious with him. Dwarfs are a recurring presence in Jodorowsky’s films – an affectionate nod to his time working in a circus, and the circus reappears in this film.

Alejandro finds his way to the notorious Café Iris where, to he is told, the poets hang out.  When he arrives – it opens at midnight! –  we enter a wonderfully stylised, art deco bar where almost all the customers are men dressed in grey, asleep with their heads on the table. There, in an amusing scene, he meets the great poet and physics teacher Nicanor Parra (now 102) and falls madly in love with the domineering, ghoulish poetess Stella Díaz Varín (played in a nice Freudian twist, by Pamela Flores, who plays Alejandro’s mother).  Their relationship is a hoot.

Politics gets a look-in, too, as in The Dance of Reality. González Videla, who was the authoritarian ruler for most of the 1940s, hounded the Communist poet Pablo Neruda out of Chile in 1946, only to be pushed out by General Ibáñez.  Ibáñez was, for a short time, called the General of Hope and repealed Videla’s ban on the Communist Party. But Ibáñez was no friend of the Left.  His military supporters formed the “Línea Recta” (Straight Line) party to establish a new dictatorship. Jodorowsky turns even this conspiracy to poetry in a satirical scene in which Alejandro and Enrique Lihn decide to walk through the city in a straight line, ‘to develop their conscience.’ They amiably ask a little old lady’s permission to walk through her house as her door lies in their path. Their straight line leads to a statue of Neruda draped in a sheet with the name blocked out.

Jodorowsky Senior intermittently dawns his actor hat and appears to talk to his younger self (Adan). And, in a moving reconciliation scene, he makes amends with his father (Brontis).  ‘Father’, he says, ‘by giving me nothing, you gave me everything…By not loving me, you taught me that love was absolutely necessary.’

One problem with the film is not that it is episodic, and not all episodes flow smoothly into one another, nor are they all of equal interest.   But go with the flow and you will be rewarded in what is, arguably, Jodorowsky’s most accessible film.

It is also his most lyrical. Jodorowsky’s extraordinary images are captured to perfection by DOP Christopher Doyle, famous for shooting In the Mood for Love and other films from Hong Kong director Wong Kar-wai.  More recently, however, Doyle shot Magic Magic for Jodorowsky’s young compatriot, the talented Sebastian Silva.  Perhaps Jodorowsky recognised in Doyle a visual poet who understood the Latin American magic realism that permeates Endless Poetry