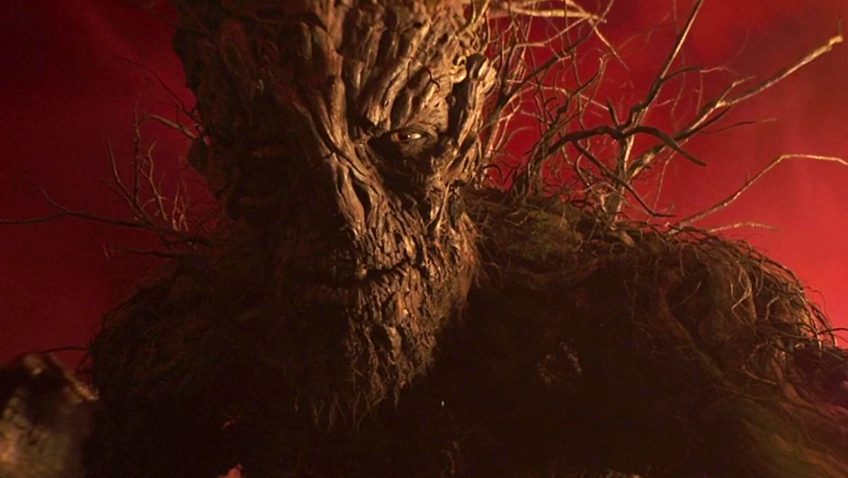 Author Patrick Ness’ novel A Monster Calls was based on an idea of Siobhan Dowd – who died of breast cancer age 47. So, no, it’s not a barrel of laughs. But it is, rather surprisingly, a ‘children’s book’ and, in one sense, the ultimate coming-of-age story. The hero, 12-year-old Conor O’Malley (Lewis MacDougal), gets a lesson in life and death from a giant Yew tree, admirably voiced by Liam Neeson. All the elements of a miserable childhood are present as obstacles that our young hero must confront. There is divorce; an estranged father with a new family (an excellent Toby Kebbell); school bullying; a strict, no-nonsense grandmother (Sigourney Weaver) and a beautiful young, and fun-loving mother dying of cancer (Felicity Jones). Now the novel is a gothic CGI wonder, adapted for the screen by Ness himself and directed by the talented J.A. Bayona, known for his powerful, psychological horror film, The Orphanage, and The Impossible, in which a family becomes separated in the 2004 tsunami. Both have well-judged moments where the audience cries along with the characters. In A Monster Calls, almost all of the emoting comes from the characters. It’s a tsunami of lashing out and weeping that we watch as uncomfortable spectators, waiting politely for our turn to join in.

Conor has a lot of pent-up anger which we see being released when he is alone with his imaginary friend, that big Yew tree (Neeson). He’s a monster in the same way that Roald Dahl’s BFG – big friendly giant – (released as a film six months ago) is a monster so there is a bit of déjà vu. Conor, however, has a guilty secret buried in his subconscious and it’s the task of the symbolic tree to root it out by forcing Conor to confront his true feelings about his mother’s impending death. Rather morbidly, but conveniently, Conor’s room looks onto an atmospherically depicted grave yard. It is here that, at 12:01AM (a significant time!) the tree uproots itself to pay Conor (busy drawing) a series of instructive visits.

At school Conor is introverted, quiet, and studious and at home he is a dutiful carer to his loving mother, Lizzie. She is tries to put a bright face on her plight by trying every new cure going for her cancer. Conor is bullied at school, but suffers in silence. He must feel (as we begin to) that he was born to suffer. He is not like the thugs who bully him. He is artistic, like his illustrator mother, who tells him, ‘People don’t like what they don’t understand.’

Most of the lines like this come from the ‘monster’, but the whole film begins to feel like a series of aphorisms and mawkish pontificating. Despite Adrian Garcia’s beautifully animation, children will be squirming through the three animated fables, the meaning of which initially escape Conor – and may forever elude the audience. We feel for Conor in more ways than one when the monster tells him that there is a fourth fable: one that Conor must supply.

Lewis MacDougall in A Monster Calls

As the misery mounts, Conor’s estranged dad pays him a visit from America where he lives with his new family. He tries, with some success, to reconnect with Conor, but blows it when he explains that Conor cannot live with him. Things get even worse when mum goes into the hospital and he has to stay in his grandmother’s (Weaver) big, tidy house, full of precious objects that must not be broken (no spoiler here!). Weaver is a curious, casting choice and can’t quite decide on her accent, but, an actress without a sentimental bone in her body, she is a welcome relief. And who else could pull off the line, ‘If you get hungry, there’s spinach you can steam,’ when leaving a 12-year-old boy at home alone?

A Monster Calls is a visual and aural wonder, and Liam Neeson provides the voice-over-of-the-year as the monster. It might be a problem of direction, however, but Lewis MacDougal’s Conor’s self-righteous anger is less endearing than it is meant to be when he unleashes that pent-up anger. While Ness adapted his own book, he has to draw out a simple story to a film – where dialogue and image impress instantly to make a point – that is well-over 90 minutes long. Bayona valiantly manages to externalise Conor’s imaginary world, but if that world feels more laborious than wondrous, it’s down to the heavy-handed storytelling. A tear-jerker has to leave it to the audience to discover the moment to cry.