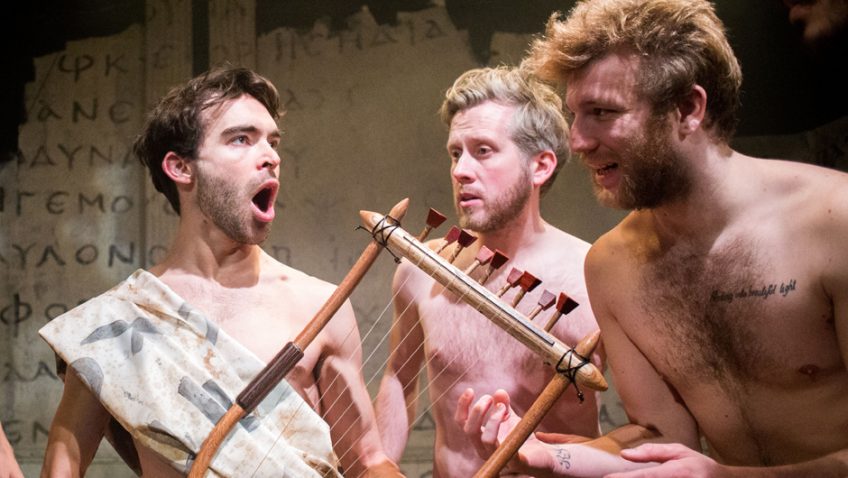 A toast to Ancient Greece: Gentleman and satyrs, please be upstanding

One of the National Theatre’s most memorable productions was Tony Harrison’s production of his play, The Trackers of Oxyrhynchus, in 1991. Written in colloquial rhyming couplets, the outstanding feature were the satyrs.

Nearly thirty years on how will it fare? Will it be as good as one’s memory? 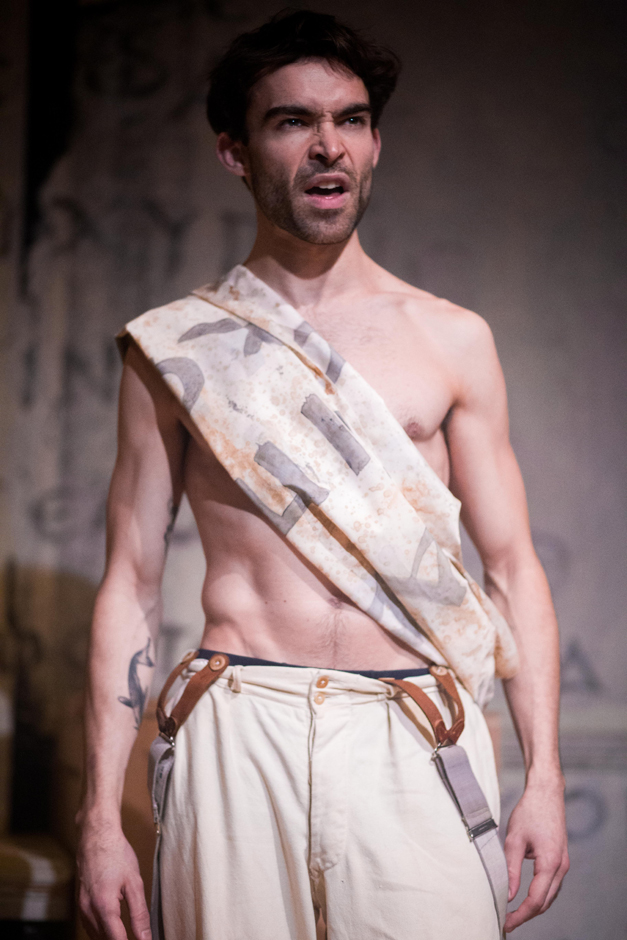 Tom Purbeck in Trackers of Oxyrhynchus

In 1907 two classical archaeologists, Bernard Grenfell and Arthur Hunt, are digging at Oxyrhynchus, an hundred miles south of modern Cairo. They discover fragments of Sophocles’s Ichneutae, which had not been seen since 450 BC.

The two men become so obsessed with the old drama that they are transmuted into it:
Grenfell (Tom Purbeck) as Apollo and Hunt (Richard Glaves) as Silenus.

In the Ichneutee (Trackers) Apollo sent Silenus and the satyrs in search of his lost cattle, only to find they had been converted into the strings of the first lyre.

Satyrs are famous for their boozing and their lust. As befits creatures, who are half-men, half-goats, they are also excellent hoofers, celebrated for their sikinnis, a wild dance.

In the old days, way back, BC, the satyric drama followed the tragedy, sending-up the legends that had gone before in a way which was grotesque, obscene and very funny.

Harrison reverses the procedure and ends on a serious note. The satyrs are transmuted into the modern homeless and the play becomes a political statement.

Once there had been no division between High and Low theatre. The highly-strung Apollo, however, was determined that Art would be exclusive and satyrs were blinded, killed and flayed alive for daring to compete with him.

The phalli were bigger at the National and more erect.

Jimmy Walters’s emphatic production feels somewhat cramped and the actors are giving too loud a performance for so intimate a space. The ideal venue would be Harrison’s very first venue, an amphitheatre in Delphi.