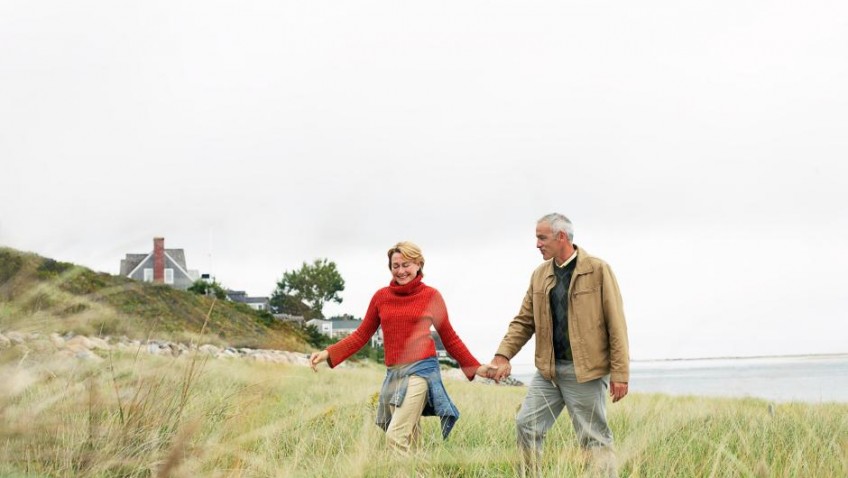 Despite the current hype of feeling fabulous at 50, with celebrities enthusing about what a wonderful age it is, new research shows that our 40s and 50s are a time of anxiety, low mood and zero libido sadly for many women.

The research, commissioned by Healthspan, the UK’s leading online vitamin brand, looks at attitudes to perimenopause (the time leading up to the menopause) and discovered that over a third of women are now going into perimenopause as early as 40, which means that women are spending, on average, ten to 20 years suffering from a range of symptoms such as hot flushes, insomnia, mood swings, anxiety, depression, sore joints and a weak bladder.

The top five symptoms that women in nearly all age groups suffered from were (in order):  hot flushes, trouble sleeping mood swings and coming tearful and  crashing fatigue.

Despite the amount of information available on the menopause, Dr Sarah Brewer, GP said, “I was surprised to see in the Healthspan research that nearly half of women didn’t even know what the perimenopause is and that three-fifths of women haven’t sought help from their doctor.  What’s shocking is that so many women are suffering and battling through middle age without help.”

Ninety per cent of women said they would like more help with dealing with the peri and menopause. Dr Brewer continues, “Interestingly, all age groups said they would rather treat their symptoms naturally, and many women are opting for positive lifestyle changes such as exercise and dietary approaches to deal with their symptoms.”

The research was split 50/50 between women saying HRT is safe and not safe to use.  “The debate around HRT still concerns many women,” says Dr Brewer. “Nearly three-quarters hadn’t even considered HRT, although many were choosing natural oestrogenic supplements such as soy isoflavones and Black Cohosh, along with Evening Primrose Oil, diet and exercise to help deal with their symptoms.”

The research showed that the perimenopause and menopause is affecting women’s mental state of health and that women in Northern Ireland and the West Midlands are struggling the most.

Dr Hilary Jones said:  “The research by Healthspan showed that sixty one per cent of women are suffering with anxiety due to the symptoms of the perimenopause and that women in their fifties are especially struggling with this.

“Fluctuating hormones can lead to low mood and three quarters of women stated that they suffer from low mood and over a third of those surveyed have had to adjust their lives to deal with the affects that the perimenopause has on their bodies.  Trouble sleeping is a big problem, which further lends itself to mood swings and irritability. Crashing fatigue is something a quarter of women said they suffer from.”

The perimenopause can also undermine the hard-won self-confidence that women have built up by their 40s and 50s, says Sally Brown, psychotherapist said: “The research showed over half of the women questioned said that they had lost their self-confidence. It’s not known why hormonal upheaval should have this effect but it may be linked to the drop in oestrogen, which helps make serotonin, the feel-good chemical in the brain. What’s surprising is how many are suffering in silence – 78 per cent said they don’t discuss it even with other women.”

Thrity per cent of women interviewed openly admitted that they had to make changes to their lives to accommodate their symptoms either wearing different fabrics, changing bed linen and womnen said they often felt embarassed by the symptoms they experienced.

Dr Brewer author of ‘Overcoming Low Sex Drive’ said: “The perimenopause affects most areas of women’s lives. More than one in two women say their partner would definitely be up for more sex but sadly, more than half of women asked said they have no libido anymore. Nearly a third said weight gain meant they no longer felt attractive.”

Worryingly nearly three quarters of all women interviewed admitted that the perimenopause is affecting their relationships.

The best days of our lives for great sex are between 21and 30 when we’re bouncing with energy, loving our fabulous bodies and oozing confidence! Sadly a decade later it’s all down hill, the research reveals, and over a quarter of those said 41 to 45 are the worst years of one’s life for sex, as women have no energy, no sex drive and dislike their bodies, it seems sex is off the agenda.

Dr Hilary Jones says: “There is an education job to be done on helping women overcome the symptoms of the perimenopause as this can be a decade of anxiety and depression in the lead up to and after the menopause.  Don’t be afraid to go to your GP and discuss your symptoms, there is a range of both natural and conventional treatments out there to help significantly.

For further information and advice on the menopause visit: http://www.healthspan.co.uk/menopause-advice