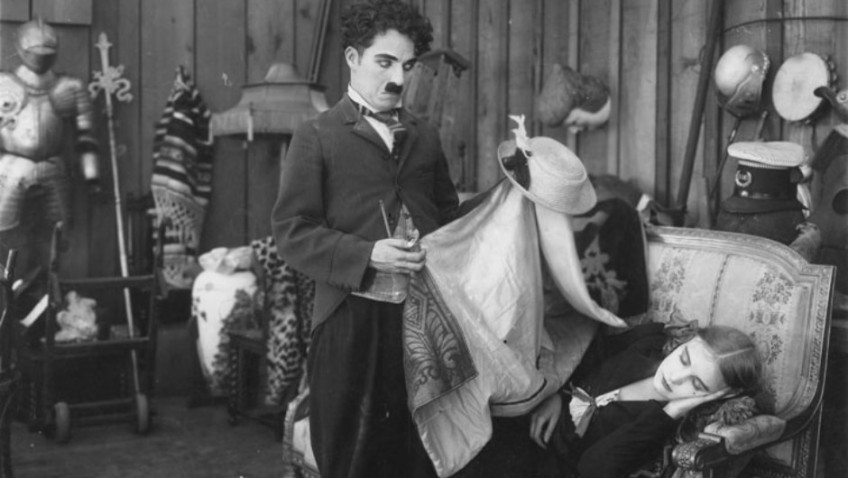 Charlie Chaplin is the most famous actor in the world 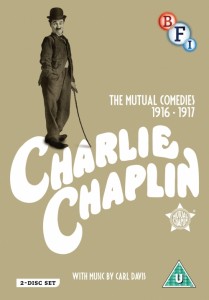 The 12 classic Charlie Chaplin two-reel comedies, made in 1916 and 1917 and now restored as far as possible to their original state, are essential viewing for all lovers of comedy and cinema.

The 26-year-old Chaplin is an agile, acrobatic performer and gifted mime. Silently eloquent, poetic and hectic, he is famous for his dexterity and grace.

The visual gags, broad, physical, messy and watery, are rooted in the slapstick world of the music hall, pantomime and circus.

His regular stock company is well schooled in farce. The comic violence is treated like ballet and choreographed.

The tumbling and balancing, the ducking and diving, the footwork and pratfalls are nifty. The split second timing of the socks to the jaw and the kicks up the backside are brilliantly rehearsed.

The Floorwalker is set in department store and is chiefly memorable for Charlie’s hilarious difficulties in climbing to the top of a moving escalator. 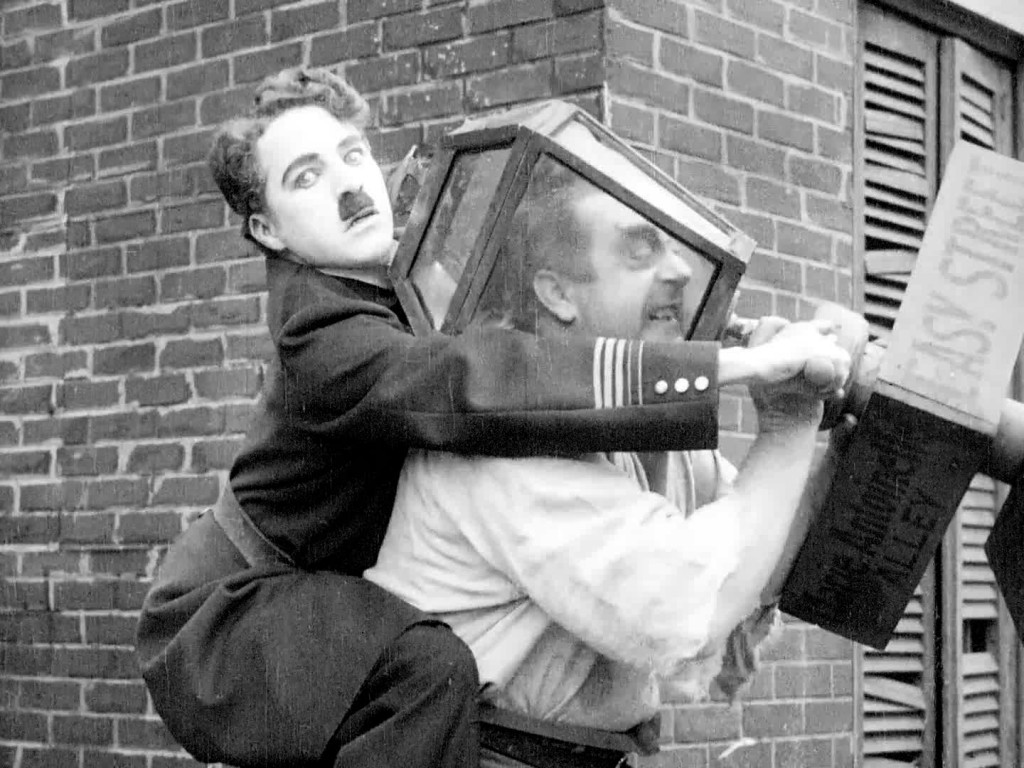 The Fireman is very Keystone Cops. The best gag is when the firemen do an impossibly quick change from nightwear to uniform.

The Vagabond is a mini-drama in which Charlie saves a gypsy girl from a brute.

One A.M.is an extended virtuoso solo performance and brilliantly sustained. An inebriated swell attempts to climb a staircase.

His various attempts to get into a folding bed become a battle in which the bed, (a mechanical character in its own right) easily wins.

The Count. Charlie is a tailor masquerading as an aristocrat. There is some dexterous dancing on an extremely slippery dance floor.

The Pawnshop is an extended music hall act and this, too, is brilliantly sustained. The scene everybody remembers is Charlie dismembering a watch, as if it were a patient and he a surgeon operating.

Behind the Scenes is set in a movie studio and notable for the barbering of a bearskin rug and the wonderful slapstick, first with a trapdoor and then with some frenzied pie-throwing.

The Rink. Charlie is a waiter masquerading as aristocrat. The roller skating (inspired by Fred Karno) alternates between balletic grace and farcical havoc. 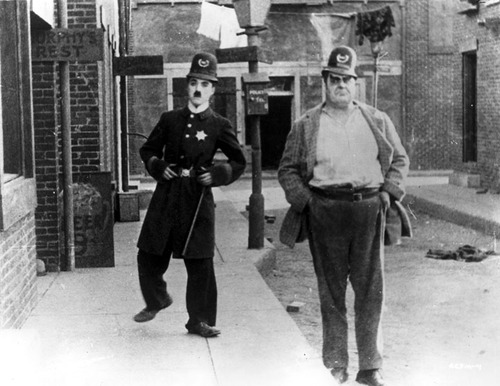 Easy Street is the most famous film in the whole series: a classic confrontation between a tiny policeman (Chaplin) and a giant bully (Eric Campbell) who is gassed with the aid of a Victorian street lamp. The setting, a poverty-stricken, brutal gang-ridden slum, vividly recalls the London he knew as a child.

The Cure. Charlie is an alcoholic in a health spa and in a swim suit he looks surprisingly small, cute and even gay. The masseur behaves like a wrestler with his clients. There is a classic revolving door routine.

The Immigrant is Chaplin’s own personal favourite, mixing comedy and pathos plus satire. .There is a memorable transition from the shot of The Statue of Liberty to a group of immigrants being treated like cattle.

The Adventurer. Charlie is an escaped convict who saves the heroine from drowning. A comic high spot is when an ice cream falls into a lady’s dress and slowly drips down her back. The comic chase sequences are classic.