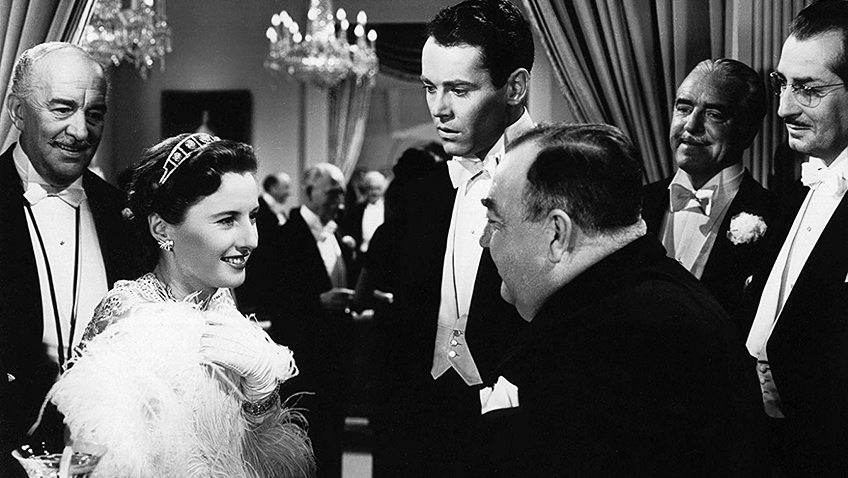 Get ready to have some fun. The screwball comedy The Lady Eve

is being re-issued by the BFI on an extended run for their Starring Barbara Stanwyck season, and, if ever an actress merited a season, it is Stanwyck, with 85 films under her belt. In terms of the number of films made she is outnumbered by her co-star in the film, Henry Fonda. In all other respects, Stanwyck’s character, Jean Harrington, a seductive card sharp and con artist who targets Fonda’s snake-loving millionaire, Stanwyck’s Jean holds the winning hand. The self-indulgent and strained second half notwithstanding, The Lady Eve

is an enjoyable romp.

Ruby Catherine Stevens was born in the Bronx and lived a tough life before and after being orphaned at age four and shifted around foster homes. By 10 she was shadowing her older sister as a dancer and model. Ruby grew up to be Barbara Stanwyck, a film star who worked with almost every director in Hollywood’s golden age, and who went on to win three Emmy awards for her television work. In most of her films Stanwyck’s characters combine the street-wise, tough showgirl with the sophisticated, intelligent lady. Writer/ director Preston Sturges, makes the most of this dichotomy in The Lady Eve

There’s a huge leap from a tense, taut film noir like Double Indemnity (for which Stanwyck received an Oscar nomination) to the screwball romantic comedy The Lady Eve

, but what both have in common is a femme fatale; a woman who is a crook, out to use an unsuspecting prey for her own gain. But The Lady Eve

is a comedy, and the twist is that Jean, who travels with her father (Charles Coburn), posing as a respective oil man, genuinely falls for her naïve, bungling millionaire naturalist (Fonda), who is returning home from a long stretch in the jungle with a rare snake species

This is a tale of two jungles. There is a jungle on board a luxury cruise ship where every woman wants a piece of eligible bachelor Charles Poncefort Pike, and the jungle where Pike has been living for a year with no women, but a lot of slimy creepy-crawlers. The snake, which winds its way through the stylish opening titles, and ends up in Pike’s cabin, is the link between the two jungles, as well as the link back to the Garden of Eden and the original Eve. Not surprisingly, Jean Harrington hates snakes – her main rivals for Pike’s affections.

In a historical context, with Germany bombing military and passengers ships in 1940, the setting might strike us as surprising. But The Lady Eve

was released ten months before Pearl Harbour and America’s involvement with the War, and was always meant to be escapist fare even for those Americans with European friends and relatives.

On the ship, Jean takes out her mirror and watches as, one by one, all the single women on board blow their chances of capturing Pike’s attention. Jean is less subtle: she sticks out her leg and trips him, then runs to his side. They are chalk and cheese but their chemistry lights up the screen. And Pike is so wealthy and thick that you don’t even mind if ‘Colonel’ Harrington is cheating at cards with a plan to extract a large sum from Pike without raising suspicion. Jean, however, is falling in love. 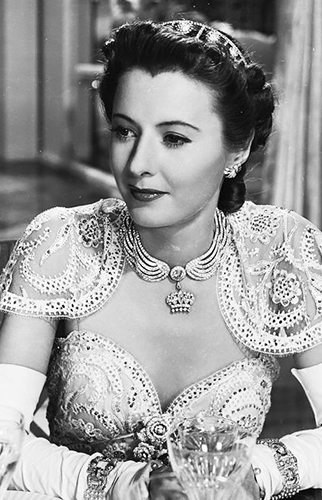 Barbara Stanwyck in The Lady Eve

Pike believes he is a superior card player to Colonel Harrington, and Harrington lets him win at first to increase the stakes before he goes in for the kill. Just as Pike is beginning to lose, Jean shows up and instantly sees what her father is doing.

‘I haven’t been as lucky tonight as I usually am,’ Pike mutters, confused, bemused and contrite as Jean has warned him not to gamble with her father.

‘You don’t know how lucky you’ve been,’ Jean replies, a remark aimed more at her father than the clueless Pike. But before Jean can find the right moment to come clean, Pike learns the truth about the father/daughter team and dumps Jean on the spot. If Pike is having trouble forgetting Jean, Jean is determined never to forgive Pike. Believing that Pike knew all along and was playing her, she wants revenge.

The second half of The Lady Eve

, Jean’s elaborate revenge plan, is ridiculous, but the antecedents are persuasive. If, in Shakespeare’s comedies some love-struck idiot who cannot even recognise the love of his/her life and it takes very little for a woman to pass herself off as a man then surely a con artist like Jean can become aristocratic Brit Lady Eve . And, if the plot depends on an unlikely case of mistaken identity, and the hapless hero trips a whopping five times (he has to change his evening attire three times in one evening), much of it is funny.

Starring Barbara Stanwyck is the BFI’s Barbara Stanwyck season that runs from 1 February to 20 March. The season includes some less familiar titles to discover or just rejoice in the classics with Stella Dallas (King Vidor, 1937); Double Indemnity (Billy Wilder, 1944); Clash by Night (Fritz Lang, 1952) and two Douglas Sirk’s: All I Desire (1953) and There’s Always Tomorrow (1956) and more. The Lady Eve

is on an extended run at the BFI Southbank, London and in selected art house cinemas.