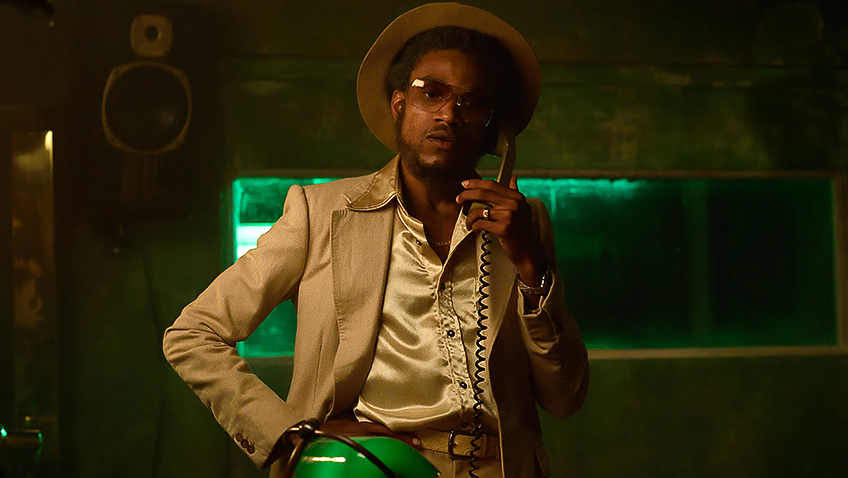 Idris Elba, an actor born in Hackney, London, in 1972 has been going on quite a journey – and not just on first-class flights back and forth across The Pond. After landing the breakthrough role of Stringer Bell, the chilling head of a Baltimore drug empire in the HBO series, The Wire, Elba transformed himself from sinner to saint in Mandela: Long Walk to Freedom. He played a wise lawyer in Aaron Sorkin’s Molly’s game; a warrior-wizard in the Marvel Comic adaptation Thor: Ragnarok, and the hard-edged eponymous detective chief inspector of the BBC’s hit series, Luther. Now, while waiting to hear whether he will be the next James Bond, Elba has directed his first film, Yardie

Based on Victor Headley’s 1992 cult novel

, the film is about Jamaican immigrant lives entrenched in the booming music and drug scene of 1980s East London where Elba grew up. At first, it might seem like an odd choice for a film primarily funded with public money, but, aside from the BBC Luther connection, almost all of the cast is from an ethnic minority and most of the extras have a Jamaican background.

Headley’s independently published novel, which Elba, then a teenager, recalls being sold out of the back of Headley’s car, sold 30,000 copies. It was picked up by the BBC to cater to an underserved audience and to offer a fresh, authentic experience to its core audience. A quarter of a century later, with Hackney gentrified beyond recognition, the film is a period piece. That said, there are still Yardies (a member of a Jamaican gang in the UK) and knife crime and gang warfare continue in other parts of London, even if the violence has been toned down in the film.

A caption tells us that we are in Jamaica in 1973 where young D. Dread (Antwayne Eccleston), lives far from Kingston with his peace loving, older brother Jerry. (Everaldo Creary), a DJ and music aficionado who believes that the best way to bring peace between the two rival gangs is to organise an outdoor rave in Kingston. As Jerry triumphantly unites the two rival dons with a handshake, D sees a bully named Clancy shoot at the stage. Suddenly, the crowd disperses and Jerry is dead.

Ten years later, we learn in a heavily narrated sequence that adult D. (an impressive Aml Ameen) is working for one of the dons, King Fox (Sheldon Shepherd) in the music industry in Jamaica. ‘He treated me like a son,’ D. tells us via the narration. ‘Yvonne and I had a baby and she moved to London to give Vanessa a better life,’ he says, referring to his childhood sweetheart. Yvonne (Shantol Jackson) as we later see, has become a nurse and lives with Vanessa in a comfortable council flat. Here the set designers reflect the old country and the new with a vintage Rasta Boy poster, a white Jesus, and a glass fish with an open mouth, an artefact from the ‘80s.

We also learn that when the music business is not going well in Jamaica, King Fox goes into the drug business. We hear that King Fox gives D. a gun, and at the same time the camera shows us that. 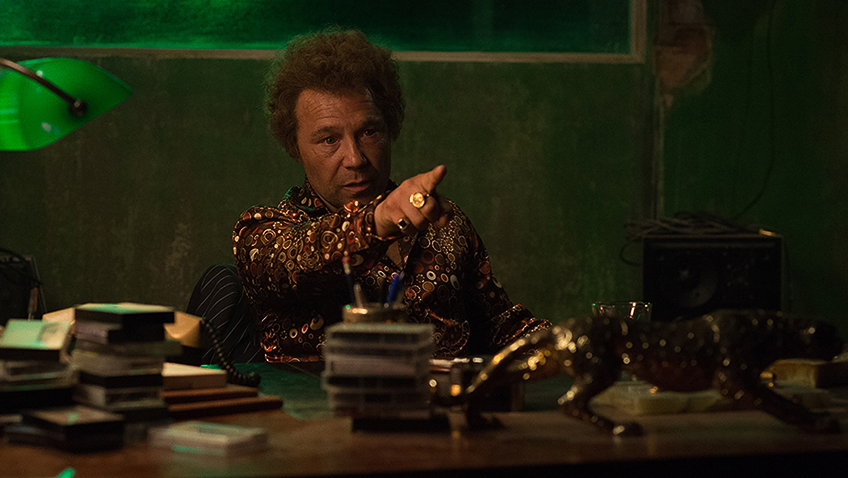 When King Fox sends his trusted Yardie to England in 1983 to deliver a shipment of cocaine to Rico (Stephen Graham, relishing the opportunity to use his native accent and return to his roots), the task appears pretty straightforward. But D. does not trust the psychopathic Rico and decides to take his business to the Turkish mafia of Green Lanes. This sparks a war in which D. makes himself – and Yvonne and Vanessa with whom he is living – the targets. But D. is also out for revenge on brother when he learns that his likely killer, Clancy (Riaze Foster) has started a new life with his own family in East London. For D., this is unfinished business. 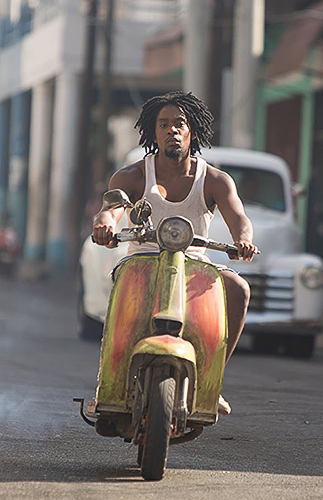 is an impressive directorial debut, let down by a clichéd, lazy script from two white, British writers, Brock Norman Brock (Bronson) and Martin Stellman (For Queen and Country, The Interpreter, Quadrophenia) who are capable of better. The annoying narration which shows us what we are actually seeing or what could easily be dramatised is, here, the sign of a bad adaptation. There is also more than one occasion when D. should have been killed, but – for no apparent reason – is not (the most blatant being a scene in which Rico and his henchmen have the traitor D. at their mercy in Rico’s office). A kidnap proves to be ‘a lesson’ and only next time will action be taken. The violence, when it happens, never feels visceral.

Elba, however, has done himself proud in other respects. He coaxes convincing performances from Aml Ameen, in a breakthrough role, and from Shantol Jackson, working wonders with a clichéd, one-dimensional character. He has also succeeded in achieving authenticity through Damien Creagh’s meticulous production design and an atmospheric contemporaneous score (with original music by Dickon Hinchliffe, the composer of Peaky Blinders, and the films Locke and Winter’s Bone). If some of the wigs and costumes make you cringe, Elba does transport you back to his childhood: to the smoke and bass filled Oasis, Shanolas and Four Aces dance clubs and to the mean streets of pre-gentrified Hackney in the 1980s.

Elba also achieves authenticity through the decision (which he probably had to fight for) to retain the patois and heavy accents without subtitles. You might not catch every line, but the context makes the familiar content pretty clear.

is another film about drug dealing and gang warfare and another revenge movie in which a self-destructive lead character embarks on a life of crime and a cycle of revenge, making all the wrong choices. Perhaps some audiences still need to see the consequences of violent, get-rich-quick lives and others will sympathise. Let’s hope they go see it.