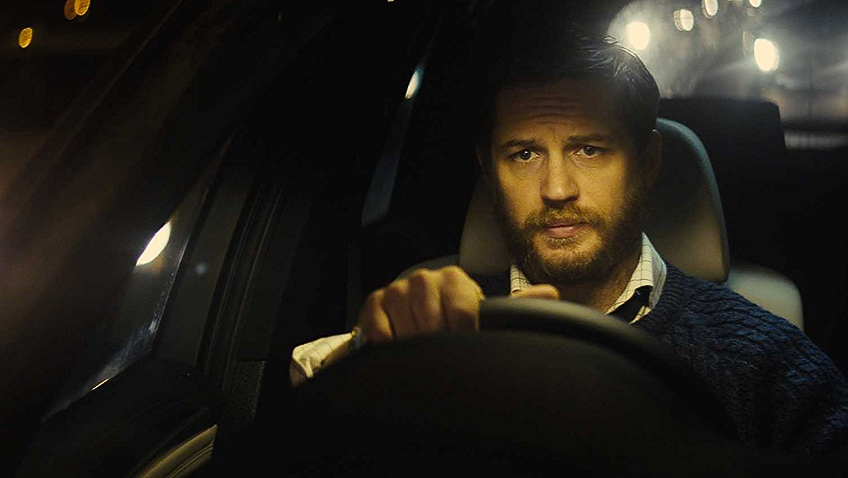 Olivia Coleman and Tom Hardy star in an extraordinary film

an experiment. If it is, with one reservation, it is a thundering success.

Why an experiment? For the duration of the film Ivan Locke (Tom Hardy, Tinker Tailor Soldier Spy, Bronson), Hardy sits behind the wheel of his BMW and is the only character we see. He communicates by speaker phone with the supporting cast, the conversations divided equally between birth pains, infidelity, divorce and cement. The question is this: Can a writer/director use the techniques applied to an action thriller to build and sustain the tension – and develop his character – in such circumstances? The answer is yes.

is not a monologue, although Hardy, looking slightly older than his 36 years, does the majority of the talking. Locke is a Welsh family man and hard working and well-respected construction manager who, for the first time since his troubled childhood, is losing control of his life.

On the eve of the most important cement pour in Europe, the always dependable Locke is not in the office where he should be making last minute arrangements for the biggest delivery of concrete in his career. Instead, he is driving to London to be present at the birth of a baby. And the baby is not his wife’s. Locke describes the mother-to-be, Bethan (Olivia Colman), as a ‘fragile’ woman ‘who is quite old’ (43) and is ‘not an oil painting,’ but for whom a baby is her last chance at happiness.

From the car, Locke attempts damage limitation in his personal and professional life. In the same outwardly calm, authoritative voice, he phones his manager, Gareth (Ben Daniels); his deputy, Donal (Andrew Scott); his wife Katrina (Ruth Wilson); his two sons (Tom Holland and Bill Milner) and a local councillor. And he calls Bethan, the woman about to give birth to his illegitimate son from Locke’s one and only extra-marital one-night stand.

What is extraordinary about the film is how the dry subject of concrete pumping merges with the story of relationships in crisis. Infuriating Gareth by refusing to lie to save his job, Locke is equally honest with Bethan: ‘Do you hate me for going through with it?’ She asks, hoping for a show of affection. ‘No, ‘ he responds, ‘I don’t know you. How can I hate you?’

The dialogue sounds natural, almost adlibbed, but is an artful balance of tragedy; comedy (Donal: ‘It’s not going to rain, I have a line to God.’ Locke: ‘When it comes to concrete, don’t even trust God.’); and lyrical prose (Locke: ‘You do it for the piece of sky we are stealing and the bit of air we are blocking’). Throughout, the motorway lights blurred by the cold rain; the cars speeding by and Locke’s bad cold expose us to the unfeeling night. 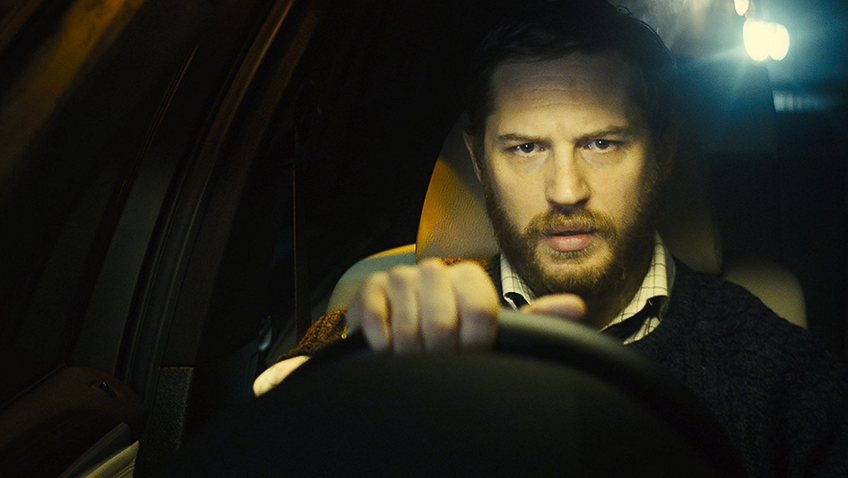 Knight’s only false step is Locke’s occasional ranting to an absentee abusive father. These expository tirades are overkill. Knight might have lacked confidence that his script could otherwise explain Locke’s character and motivation. But we already know, from his conversation with Katrina that, in contrast with his father, Locke is determined ‘to do the right thing’ – with all the irony and ambiguity that that phrase introduces. We also would understand Locke’s obsession with ‘straightening out’ the mess of the cement pour, from his statement, ‘the Lockes were a long line of shit, but I straightened them out.’

What is so beguiling about the script is that it only gradually dawns on you that the language of construction is being used metaphorically. Although Gareth reluctantly sacks Locke, Locke’s pride in his work and sense of responsibility is such that he cannot abandon the building anymore than he can abandon his two families.

Locke fears that Donal will compromise on the quality and allow a part of C5 blend cement into the pumps. He explains that without pure C6 ‘cracks will appear’ at the base of the edifice, and warns Donal: ‘You make one mistake, one little ‘f**king mistake, and the whole world comes crashing down.’ Locke is, of course, referring to the mistake he made that is exposing the cracks of his own structured life; and, on this night, bringing it crashing down.