Home / LIFESTYLE / REVIEWS > / FILM REVIEWS / Johnson and Stratham are a winning mismatched buddy duo, but they have laughed the film out of any suspense 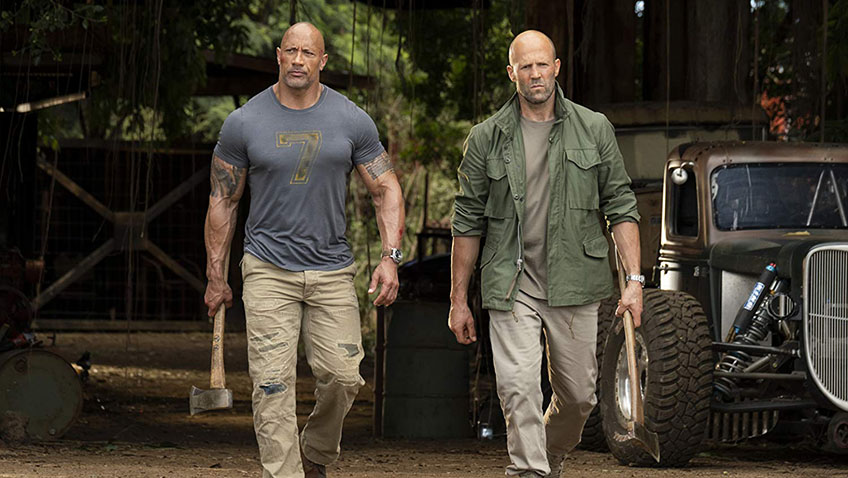 Johnson and Stratham are a winning mismatched buddy duo, but they have laughed the film out of any suspense

The Fast & Furious franchise began eighteen years ago when LAPD undercover cop, Brian O’Conner (the late Paul Walker) infiltrated a gang of street racers and car thieves led by Dominic Toretto (Vin Diesel) and fell for Dominic’s sister Mia (Jordana Brewster). It always seemed to be Vin Diesel’s franchise and he appears as producer from the fourth to the eighth film in the franchise. But during this time two things happened. Dwayne ‘the Rock’ Johnson, who only joined the franchise in 2011’s Fast Five became one of the most bankable stars in the world. And Jason Stratham, who only joined the franchise as the villain Deckard Shaw in 2015’s Furious 7, nearly stole the show in the eighth film, Fast & Furious 8 (The Fate of the Furious). The financiers and the public alike were starting to notice that the entertaining rivalry between Hobbs and Shaw was eclipsing Diesel and everything else.

, masterminded by the writer/architect of the franchise since episode 3, Chris Morgan, the two stars get their own show. The franchise has been transformed into a comic buddy movie, in which American federal agent Luke Hobbs (Johnson) is forced to team up with his nemesis, British mercenary Deckard Shaw (Stratham) and his rogue MI6 agent sister, Hattie (Vanessa Kirby) to save the world from Brixton Lore (Idris Elba), a cyber-genetically enhanced terrorist.

If the plot/set-up sounds not only familiar (Mission: Impossible – Fallout; The Man from U.N.C.L.E., and Avengers: Infinity War come to mind) but ridiculous, former stunt-man-turned-director David Leitch, who co-directed the amazing action scenes in 2014’s John Wick, does remain true to the franchise’s trademark multi-vehicle chase scenes. The three standouts are a chase through London, another in the Ukraine (shot in Studio) and a third in Hobbs’s homeland, Samoa (shot in Hawaii). Here half a dozen family (Hobbs has a conveniently large number of hefty brothers) jeeps are fastened together along a cliff edge to hold down Brixton’s chopper which is attempting to flee with a kidnapped Hattie inside.

The film opens with Hattie and her agents attempting to recover a deadly virus called Snowflake when they are surprised and overpowered by Eteon’s Brixton Lore and his assassins. Eteon is determined to unleash the air-borne virus on the world’s growing population. Hattie, the lone survivor, selflessly (and rather improbably) infects herself with the virus and manages to escape, aware that she is now a carrier with 72 hours to save herself and humanity. 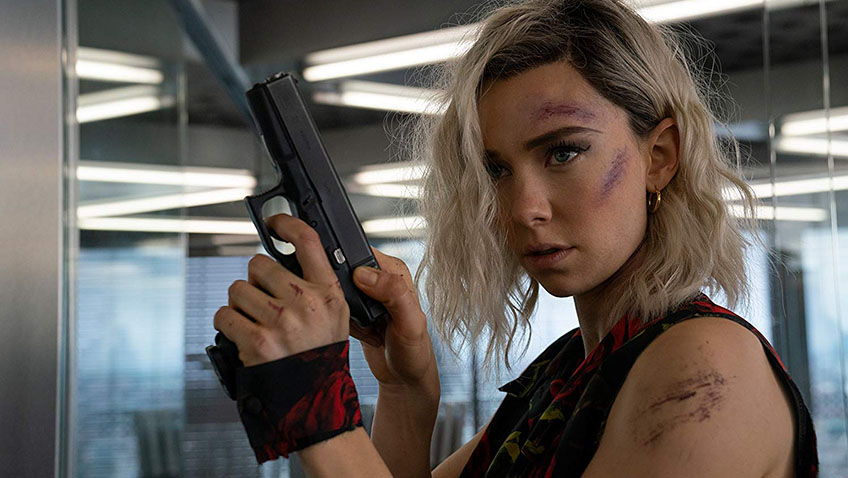 When Hobbs and Shaw are independently assigned the task of finding the virus, and the unknown rogue MIG agent who has it, they have no idea they will be thrown together or that the carrier is Shaw’s estranged sister, Hattie.

Determined to defy the order that they work as a team, both men set out to find Hattie independently, convinced the other will simply bungle the case. But they did not bank on the indestructible cyber solider, Brixton and find they need to work together to survive. Equally capable and independent, Hattie joins them as the three set out to find the scientist (Eddie Marsan) capable of extracting the virus before Brixton gets to him.

As in most buddy movies, everything depends on the character and chemistry of the two leads – and the banter. And that’s just as well as the plot, abysmal dialogue, lazy editing and supporting cast are best forgotten. Here are just a few examples which you might want to forget. We first meet Brixton (Elba) in his Black Panther suit (Elba does appear in four Marvel Comic films, but not Black Panther) when he is asked, ‘Who are you’ and he answers, ‘Bad guy’. Later, when Brixton is accused of planning genocide, he retorts ‘genocide, schmenocide’ – as if we are expected to laugh. 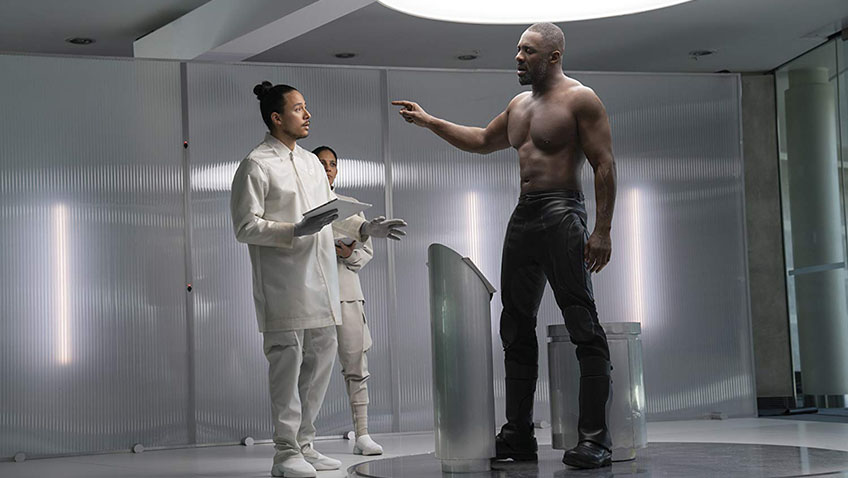 The great actress Helen Mirren does not even bother to act, against type as it happens. She appears in a prison uniform that matches her red lipstick and perfectly manicured nails and urges Deckard to make up with his estranged sister (Hattie). Hobbs’s mother (Lori Pelenise Tuisano), who hasn’t seen her son in decades, never asks him a single question when he shows up out of the blue being chased by an invading army from Eteon that could wipe out her entire family.

Johnson and Stratham have been perfecting their chalk-and-cheese-enemies-thrown-together dynamic since Furious 7 when Shaw lands Hobbs in hospital only to have the last laugh when he discharges himself early to track down the disgraced spy and escort him to prison. In Fast & Furious 8 (The Fate of the Furious), Hobbs and Shaw are forced by their handler to work together when Dom (Diesel) is blackmailed into joining the danger terrorist Cipher.

it is more of the same, but now the differences between the two men are so crucial that scriptwriters Chris Morgan and Drew Pearce (Mission: Impossible – Rogue Nation) use a split screen through which we watch their very different morning routines. Shaw is the suave ladies’ man, waking up in an opulent flat and Hobbs, in an undershirt, downs a dozen raw eggs before lifting weights. 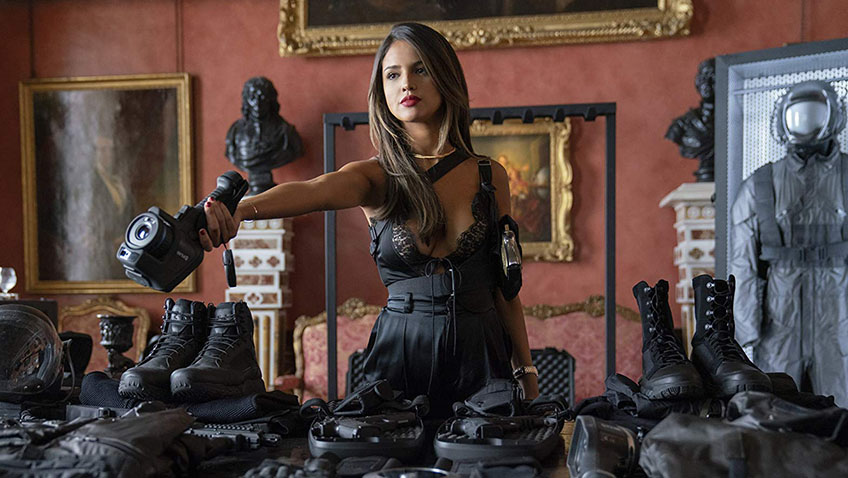 The duo’s insults and repartee continue to dominate the film although the fooling around dies down when they reach crunch time in Samoa. Although Johnson is a brilliant comedian and Stratham plays off him with aplomb, the repartee is carries on with diminishing returns. The result of playing up the comedy is that the comic duo end up laughing themselves and the film out of any suspense. They are too busy with their stand-up routine for us to believe they are ever in danger.

Nothing is made of a possible running gag that begins when we see Hobbs, a huge, muscle-bound, tattooed ox of a man, reading Nietzsche and looking like he has imbibed the philosopher’s adage, ‘that which does not kill us makes us stronger.’ Hobbs is a homophone for Thomas Hobbes, the English philosopher, while Hobbs’ new DSS handler is Mr Locke (an uncredited Ryan Reynolds, valiantly trying to turn weak material into laughs), as in the Enlightenment thinker, John Locke.

Instead there are references to other franchises, Game of Thrones and to earlier Fast & Furious films that we saw too long ago to remember. Fortunately, the film has Johnson, Stratham and Kirby, who holds her own even if the obligatory romance between Hattie and Hobbs does not look like it will survive the flight home from Samoa.