Home / LIFESTYLE / REVIEWS > / FILM REVIEWS / Mission implausible: Tom Cruise is back at 56 with some of his best stunts yet 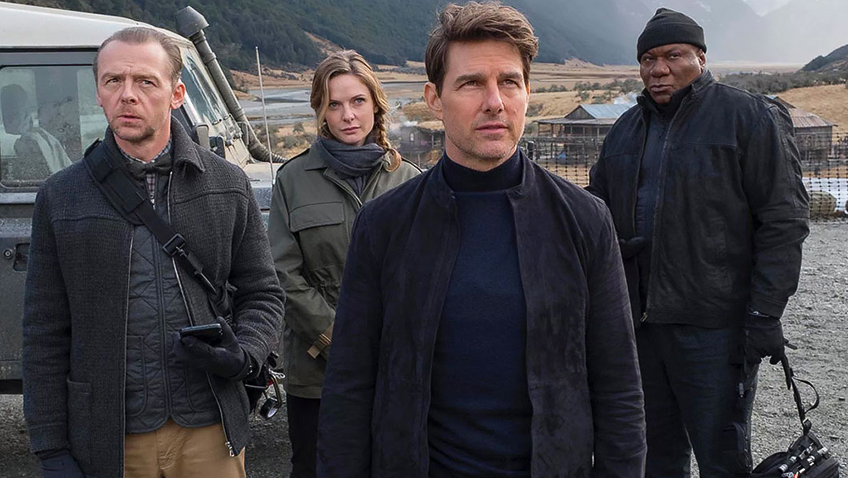 Mission implausible: Tom Cruise is back at 56 with some of his best stunts yet

Tom Cruise’s Mission: Impossible franchise began in 1996 and has been wowing audiences with his impeccably made, death-defying, stunt-heavy action films every 4 or 5 years since then. We are now at number 5, and though Cruise is 56, he is still doing the best stunts in any summer blockbuster. When he’s not filming, he must be dreaming up and practising those stunts, leaving Cruise’s favourite writer/director Christopher McQuarrie (Mission: Impossible – Rogue Nation, Valkyrie, Jack Reacher, The Mummy and Edge of Tomorrow) to write a plot around them. To preclude any chance of a spoiler, the plot of Mission: Impossible – Fallout

is so convoluted with twists, turns and is he/she or isn’t he/she’s that it defies description. There are certain basics ingredients in the franchise recipe, however, and they are all here in Mission: Impossible – Fallout

The first ingredient is the IMF (Impossible Missions Force) team, which, since the end of 2015’s Mission: Impossible – Rogue Nation, has been headed up by Alan Hunley (Alec Baldwin). Hunley is a former CIA Director who is now at odds with the new director of the CIA, Erica Sloane (Angela Bassett). The IMF operatives, Ethan Hunt (Cruise), Luther (Ving Rhames) and Benji (Simon Pegg) – Jeremy Renner is absent here – are skating on increasingly thin ice. Sloane does not think highly of this clandestine organisation, unfairly labelling the IMF ‘Halloween – a bunch of grown men in rubber masks playing trick or treat.’

we are not suppose to know whose side she is on. She says she wants back into MI6, and when she starts shooting at Hunt and his prisoner in custody, Solomon Lane (Sean Harris) – an evil anarchist villain wanted by several government agencies – Hunt has one more obstacle to deal with. But of course, Ilsa is madly in love with Ethan so she has to navigate through this conflict of interest. 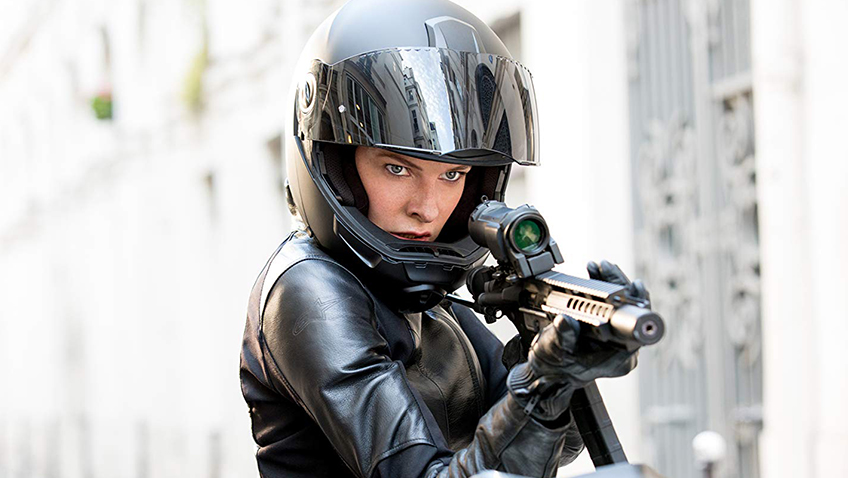 The second ingredient is ‘the missing dangerous substance’ that triggers the action. In the opening scene Hunley gives Hunt a mission to recover three plutonium cores that have fallen into the hands of a terrorist organization known as the Apostles. Their mysterious leader is John Lark who has a thing about the world’s three most combative religions. He wants to coordinate a chemical attack on the Vatican, Jerusalem, and Mecca, and see what happens. So the stakes are high.

Playing trick or treat, Hunt, Luther and Benji concoct a plan to recover the chemicals by posing as buyers, but something goes wrong, and a lot of people are suddenly dead. When the IMF team recover from the shock, they notice that the plutonium is missing. Has Hunt met his match? This botched mission is the excuse McQuarrie needs to introduce the third and fourth ingredients respectively: exotic locations and jaw-dropping action sequences and amazing stunts (the kind where someone is thrown from a motor cycle onto a hard-surfaced road without so much as a scratch). 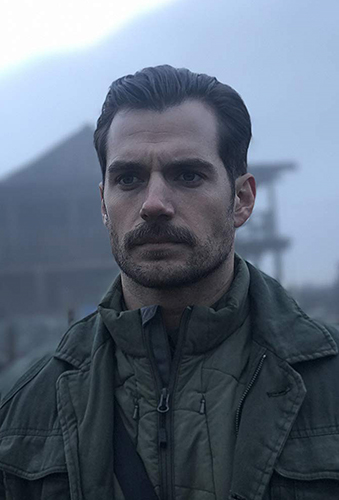 Although there are skydiving stunts, cliff scaling stunts and incredible helicopter stunts in breath taking locations in the UAE, New Zealand and Norway, arguably the best set piece takes place early on in a men’s toilet. Here Hunt, and August Walker, (Henry Cavill) a CIA assassin assigned by Sloane to take over the mission, find themselves looking for Lark in the men’s room of a busy club. They believe him to be a suspicious Asian man, and he does excel at Kung Fu. The fight sequences and the chemistry between Cruise and Cavill (who find themselves working together to get what they both want) are thrilling, and McQuarrie remembers to inject a bit of humour in the action, something the film could use more of.

The final ingredient is the moral high ground. In the first botched mission to obtain the plutonium, Hunt is accused of sacrificing the mission for the life of a man. Hunley admires him for this, but Sloane finds it tantamount to treason and orders Walker to bring home the cores. It’s easy for Walker: as we see, he does not seem to care about anyone. Hunt, by contrast, (Cruise is a producer of the series) acquires another halo when the quest takes the IMF team to a medical outpost for refugees in the middle of nowhere.

There Hunt runs into his former wife Julia (Michelle Monaghan), now married to another selfless doctor like herself. This meeting, to McQuarrie’s credit, is not a lazy coincidence, but engineered by Hunt’s nemesis, Solomon Lane to destroy all that Hunt values. We learn in a scene of unbridled adoration that Hunt separated from Julia to put her, a target of his enemies (even now), out of harm’s way. Julia assures Hunt that she is happy knowing that he is now free to protect her and the world. 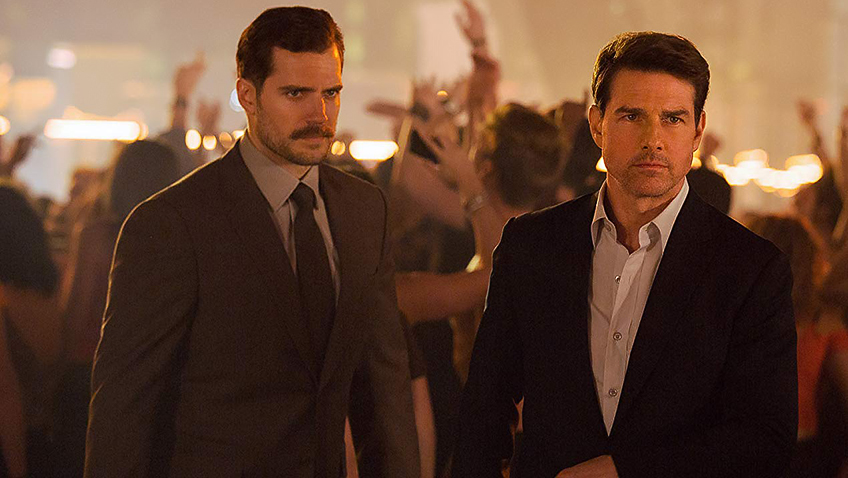 You can’t help but think back on Tom Cruise’s three actress wives and imagine them rehearsing these lines with a straight face. If you can buy Hunt’s motivation for leaving Julia (and vice versa), it is more difficult to accept Lark’s motivation for the scale of his destructive plan. To say it is disproportionate is an understatement.

Lark sees himself, not Hunt, as the god substitute and has even published a manifesto. The world is so corrupt that only a catastrophic event – like the Ice Age – can bring in a new order of peace and harmony. This motivation, in its various permutations, is already a cliché that never was convincing. We last saw it attributed to the intergalactic despot, Thanos, in the Marvel film, The Avengers: Infinity War. Thanos needs to destroy most of mankind in order to re-balance the universe and curb overpopulation. But you do not need superheroes to wreak havoc on such a flimsy justification. In White House Down, an impossibly elaborate plot to destroy the White House and kill the President and thousands of innocent people is concocted by two cabinet ministers who have beefs against the government’s military policy.