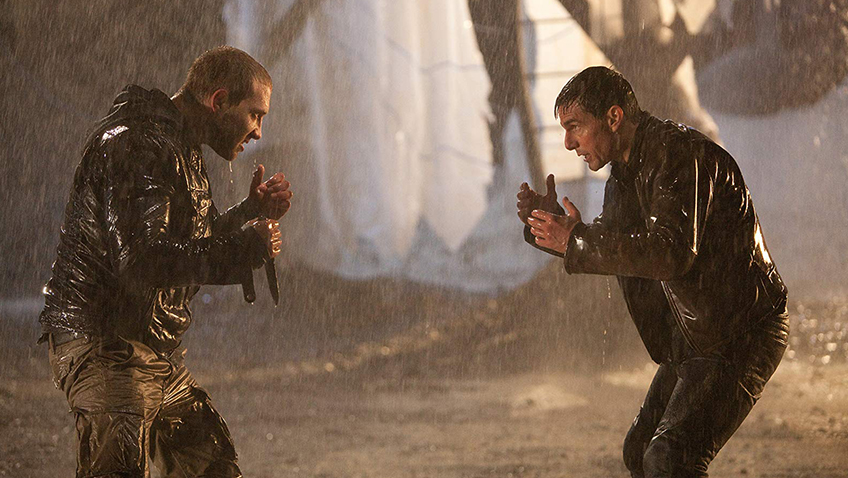 With the Bourne series, starring the wonderful Matt Damon, behind us and with a reignited Bond breaking box office records, the time is ripe for Jack Reacher, a character as adept, attractive and cool as Bourne and Bond, but more idiosyncratic and mysterious. Moreover, the pen-named Lee Child has written enough Jack Reacher books to keep the franchise rolling along as the money comes rolling in. But whether it will survive with 5’6” Tom Cruise as the famously tall – 6’ 5” – Jack Reacher is another matter.

, based on the pulp-fiction novel One Shot

, has the dubious fortune, given the recent slaughter of innocents at Sandy Hook elementary school, to feature what seems like a random mass shooting. A hooded sniper starts killing passers-by on the Allegheny River esplanade in a chillingly graphic opening scene. The film’s Premiere in Pittsburgh, where it was filmed, was postponed, an occurrence that usually serves to increase public interest. What is less interesting is Christopher McQuarrie’s script (he wrote The Usual Suspects and Valkyrie) and directing.

The Pittsburgh police, headed by the conspicuously clever Detective Emerson (David Oyelowo) capture the seriously wounded sniper and we wonder where the film will go. We soon find out. From his hospital bed the shooter tells the police two surprising things: first, that they got the wrong man and second, that they have to get Jack Reacher to prove it. This is the film’s high point as we are intrigued as the bemused cops.

Thanks to some expository dialogue we are informed that Reacher is a decorated hero and ex-military investigator who cannot be tracked down, but has to appear. And when he does, he has cool written all over him.

A certain amount of satisfaction and fun is to be derived from watching Reacher in action, particularly as Tom Cruise did his own stunts (the car chase scene is Cruise driving without the need to be troubled by California highway patrol cops). Cruise has enough charisma to get by, but we are focusing on the action in a film that should be character-driven. 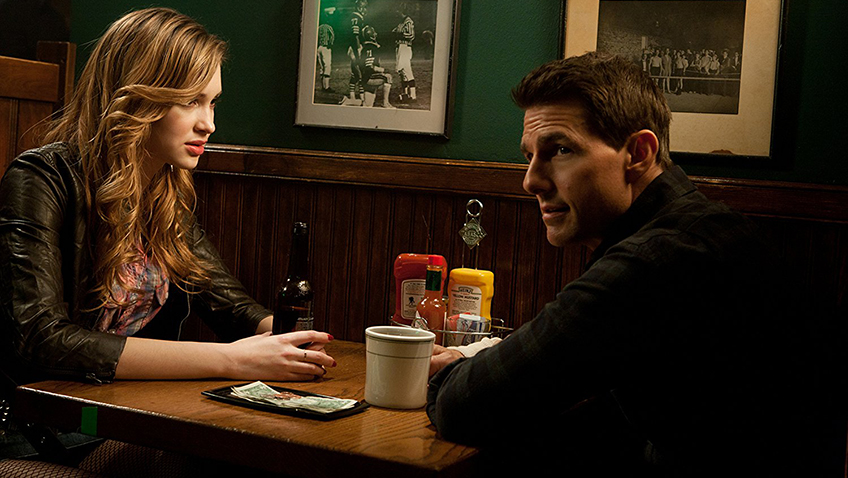 It’s not so much the expository dialogue of the opening scenes and those between public prosecutor (Richard Jenkins) and his rebellious defence lawyer daughter (Rosamund Pike) that grate; it’s the dull lines and action set-ups in a film that needs to be as cool as its character.

There are also some bad calls that back fire. A scene with Pike, who is in danger from an unknown bad guy among the lawmakers, opens with a close up angled shot of Cruise’s naked torso (Twilight style) and prompted unintentional laughter from the audience. ‘Put on a shirt’, she barks in one of her most urgent lines.

The action takes off when 81-year-old Robert Duvall is introduced as the owner of a gun range who teams up with Reacher in a well-staged finale. 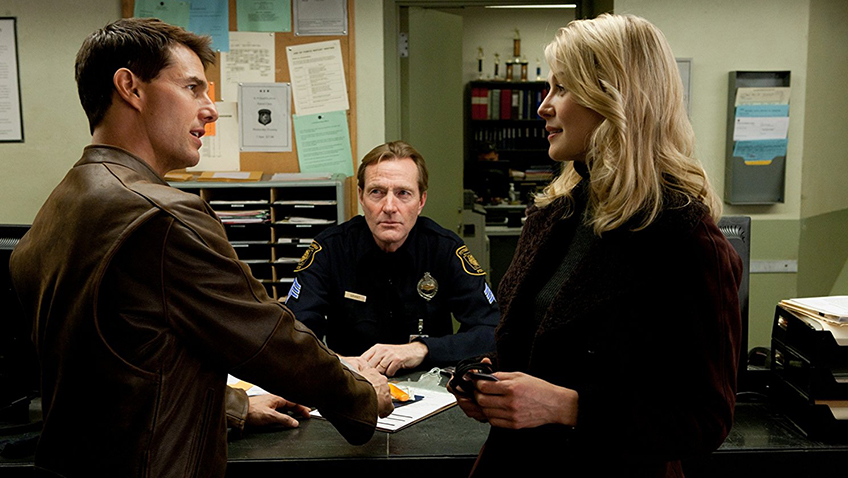 While Cruise (Collateral,  Mission: Impossible – Ghost Protocol) can play a cool dude in his sleep, he’s not Jack Reacher. In addition to the critical matter of height, McQuarrie and Cruise dispense with too many of the original character’s defining characteristics. Reacher, for instance, is acutely aware of his position at all times and stands with his back to the wall for control. It’s strange, then, that in the film a couple of hired guns can come up behind him and hit him over the head. Although there’s a long car chase scene, McQuarrie does, to his credit, make Cruise’s Reacher a drifter who takes the bus from town to town.

Rosamund Pike, who can usually play any part well, is awkward and unconvincing as either a defence lawyer or as a potential love interest for Reacher. When she is sitting with a gun to her head in front of the prisoner Zec, a villain played by the film director Werner Herzog, she doesn’t seem the least bit frightened. Then again, once Herzog opens his mouth and that familiar voice emerges, it’s hard to take him seriously. So where is the tension here? And though he’s a deadly maniac, a 70-year-old without any fingers is only as dangerous as the men he hires. None is a match for Jack Reacher.