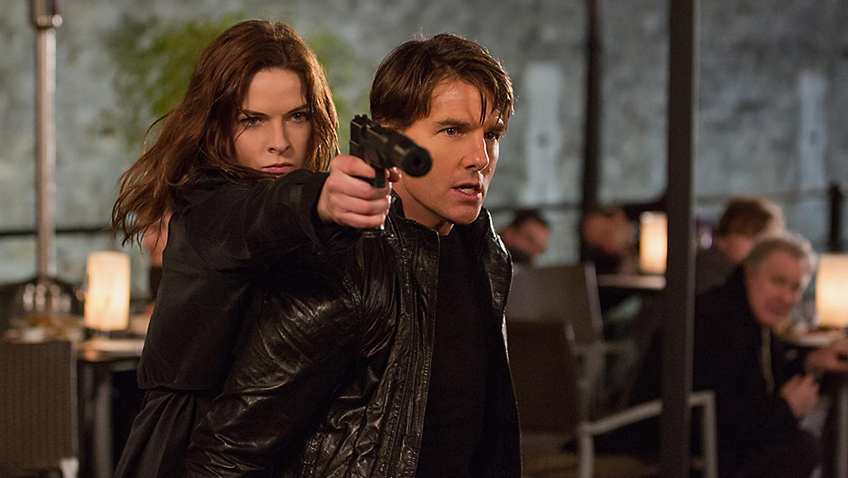 Cruise on top form leading a terrific middle-aged cast, but M:I is running out of steam

When Tom Cruise first appeared as Ethan Hunt, of the covert IMF (Impossible Mission Force) in Mission: Impossible (which Cruise produced, and Brian De Palma directed) he was 34 and the film’s budget was $80 million. Directors, writers, cinematographers and leading ladies have come and gone, but in Mission: Impossible 2, 3, and 4, Hunt and the increasingly challenging stunts have remained the bulwark of the franchise. Cruise is now 53, the budget for Mission: Impossible – Rogue Nation

has grown to $150 million, and the stunts are as impressive as ever. Unfortunately, the story is running out of steam.

When Mission: Impossible hit the screen in 1996, Jason Bourne and The Fast and the Furious daredevils were unheard of; The Avengers was not a movie, and Pierce Brosnan, who had just completed GoldenEye, was the man to beat as James Bond.

Against the odds, considering Daniel Craig is now James Bond; the increasing sophistication of the stunts in action movies; and the negative fall out from Cruise’s exposed personal life, Mission: Impossible remains a cinematic event that has held its own against the competition.

, however, it looks like the franchise, if not Cruise, is running out of steam. You wouldn’t think that, though, from the opening 15 minutes of Christopher McQuarrie’s overly long action thriller. An IMF operation in Minsk, Belarus is going badly when the IMF team learn that a dangerous cargo they want to apprehend is on a plane that is about to take off.

After a tense couple of minutes, and just as the plane takes off, we see Hunt leap onto the wing, ordering technical whiz, Benji Dunn (Simon Pegg) to open the door. Dunn gets his computer to work only to click on the wrong door! Commander William Brandt (Jeremy Renner) and Luther Stickell (Ving Rhames) watch in horror as Hunt is left hanging by the door handle as the plane reaches altitude. And just at that moment a terrorist inside the plane is sent to investigate… 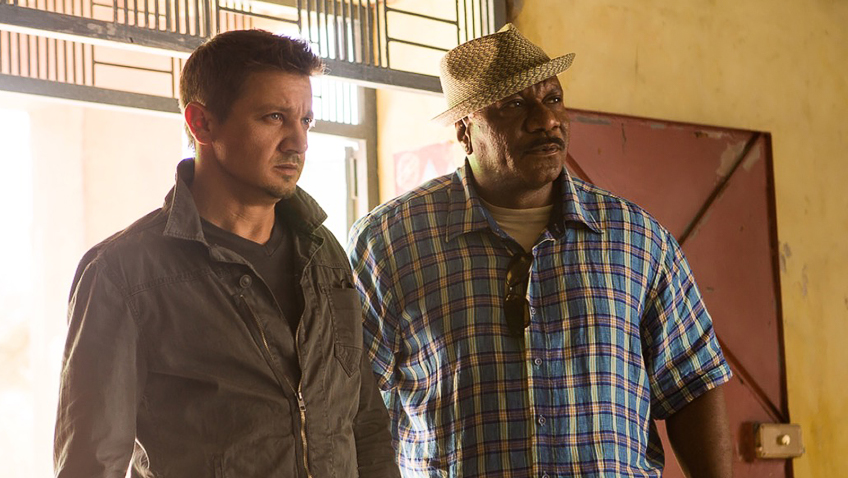 The tension does not let up much when, back in London, Hunt walks into a record shop in Piccadilly, which is an IMF front. After exchanging jazz banter with a pretty, young sycophantic waif, Hunt goes into the listening booth where the message on the LP is not music to his ears. It’s the voice of Solomon Lane (Sean Harris), the psychopathic head of the Syndicate, telling Hunt, ‘We know who you are and your task is to find us.’

The Syndicate is an anarchist group of ex-operatives from around the world founded by an unidentified rogue spy in the British or American security service and usurped by Lane. The booth fills with a poisonous gas just as Hunt watches a man shoot the waif in the head. It used to be the older, minor characters that were sacrificed in this manner. This is an interesting change, but then again, with the exception of the sole female star who is 31, the cast is emphatically middle-aged.

Yes, the one much younger, attractive woman who proves indispensable to Hunt throughout this mission is Ilsa Faust (Rebecca Ferguson, Hercules, TV’s The White Queen), a mysterious member of the Syndicate. When Hunt is taken prisoner by the Syndicate and we wonder how he is going to survive, Ilsa, comes to the rescue. 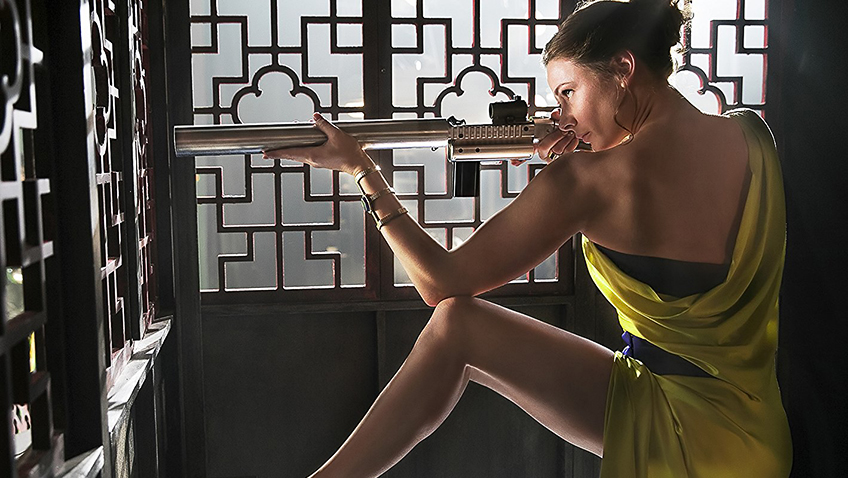 Hunt, trying to figure out what had just happened and why this beautiful Amazon has helped him, asks, ‘We’ve never met before, right?’ looking and sounding truly puzzled. It is with these magic moments, lightened with a bit of humour, that Cruise proves what a good actor he can be.

Back in Langley Virginia, the Syndicate is an equally sore subject. Alan Hunley (Alec Baldwin) who has still not forgotten the damage left behind in Moscow in Mission: Impossible – Ghost Protocol, is determined to shut down the destructive IMF that is giving the CIA a bad name. 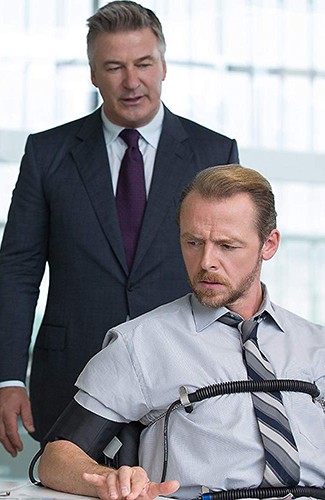 Hunley ignores William Brandt’s protests, telling Brandt that there is no evidence the Syndicate even exists outside of Hunt’s paranoid imagination. A panel of inquiry is inclined to agree that any success the IMF has had was down to luck and that their luck had just run out.

Our luck has just about run out, too, as from this point on we become increasingly aware that McQuarrie (who also wrote the screenplay), is scraping the bottom of the barrel for ideas. In Mission: Impossible – Ghost Protocol, the development of Hunt’s personal life and his coming to terms with his rogue status provided a welcome dimension to the action/thriller.

Here, Cruise is still rogue (sort of) and trying to prove that a surprisingly well-funded rogue enemy exists. But the filmmakers have to prove it to us, first and the Syndicate is so vague and unsustainable that you have to wonder. You might get the feeling that only political correctness and safety fears prevent this ‘international’ brigade from being called either by some Neo-Nazi name (Lane is Germanic looking) or, for that matter, ISIS, Ansar al-Sharia or al-Qaeda.

McQuarrie and Cruise depend increasingly on their elaborate set pieces and stunt sequences to bolster a flimsy and unnecessarily convoluted story. Hunt gets to foil (temporarily) an assassination attempt inside the Vienna Opera House and courageously execute a daring heist to obtain a computer chip that Lane, Hunt and Ilsa’s handler in London, all want.

He is willing to sacrifice his life for Benji – although naturally, he has a clever plan in mind that will avoid self-sacrifice. These well-orchestrated and tense stunt pieces go some way toward holding our attention, but the story has nowhere to go.