Home / LIFESTYLE / REVIEWS > / FILM REVIEWS / Fast & Furious 8 is a kind of dog’s dinner, with everything and Helen Mirren thrown in 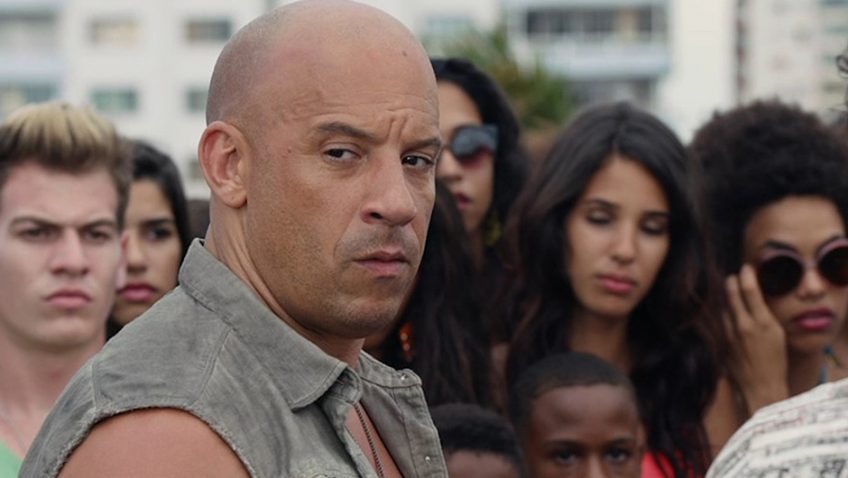 Fast & Furious 8 is a kind of dog’s dinner, with everything and Helen Mirren thrown in

When Paul Walker died in an unrelated car crash in the middle of production of Furious 7, many thought the series would come to an end. Furious 7 with its ‘in film’ tribute, would have been a fitting way to see him off. After all Paul, as Brian, had been in the series since the start and had a unique place in the team. But when your film makes $1.5 billion on a budget of $190 million, you not only keep driving on, but crank up the budget to $250 million for the next sequel.

, released as The Fate of the Furious

in some countries, the money-making series shows no signs of slowing down, even as the filmmakers are running out of plots and ideas. There is a dedicated public that refuses to be disappointed and the Straight Outta Compton director, F. Gary Gray gives car racing fans what they want.

Dominic ‘Dom’ Toretto (Diesel), is enjoying a honeymoon in Havana with Letty (Michele Rodriguez) whom he has finally married. He’s in tiptop form, winning a rigged race, but demonstrating his superiority and cool when he settles for his opponent’s respect, rather than calling in the wager, a car.

But this romantic interlude turns into a nightmare when Dom is ambushed by a steely blond cyber terrorist Cipher (Charlize Theron) – not to be confused with Cipher in X-Men. Dom and Cipher go back a long way, but not a good way. Cipher blackmails Dom into turning against his own team, but what she is holding over him is withheld from us until half way through the film. Cipher has some cockamamie ambition to conquer the world and she needs Dom to carry out her plans. When Dom’s team: Letty (Rodriquez) Roman (Tyrese Gibson), Tej (Ludicrous) and hacker Ramsey (Nathalie Emmanuel) are recruited by Luke Hobbs’ (Dwayne ‘The Rock’ Johnson) Diplomatic Security Service to appropriate an EMD (an electromagnetic pulse) device in Berlin, Dom forces Hobbs off the road and steals the EMP. The team are shocked, but quickly realise that Dom has gone rogue. They soon learn he has joined Cipher who kisses Dom in front of Letty, to signal his submission. Letty, however, never gives up on Dom and wants to believe that he is not acting of his own volition.

Dom is next seen in action in NYC where he must steal a nuclear device from the Russian Minister of Defence. Pulling out all the stops on the streets of NYC, the team close in on their rogue mate lassoing his car with magnetic cables and surrounding it. Cipher comes to his rescue when, in arguably the best sequence in the film, she disables the security devices on all the cars in the city.

Hobbs is arrested for the EMP fiasco and ends up in prison with his arch enemy Deckard Shaw (Jason Statham). Meanwhile, Mr Nobody (Kurt Russell) reappears, this time with his new protégé, the square, squeaky clean law enforcement agent Eric Reisner (Scott Eastwood, Clint’s son) or Little Nobody. Mr Nobody coerces Hobbs and Deckard Shaw to work together against their mutual enemy, Cipher.

Dom is then sent to Russia to use the EMP device to disable a nuclear submarine. Cipher’s big plan is not to start a nuclear war, but, so she claims, to keep the powers that be at bay with her power to destroy them. Hobbs, Shaw and the others are also despatched to Russia to counter Cipher’s plan, and find themselves being attacked not only by Cipher’s sub, but the angry Russian military.

The principal reason for anyone but an undiscerning fan to see the film is to satisfy their curiosity. What can the filmmakers possibly do to beat the stunts in Furious 7? The answer is a spectacular scene in which all the cars in a multi story car park come pouring out the windows, like a mass, coordinated suicide-plunge, crashing on the streets below. The spectacle of cars racing over the frozen bay against an emerging submarine while the Russian military attacks, is pretty impressive, but it does seem beyond miraculous that only the Russians die.

Another reason to stick with the franchise is to see how veteran writer Chris Morgan will get former enemy Deckard Shaw on the same side as Hobbs – and even win over Dom. Cipher’s hold over Dom and how Shaw wins him over must remain a secret. What’s no secret is that Statham is once again terrific (his double act with a baby is quite funny) and so is Helen Mirren in a cameo playing his mother.

A third reason to return to the franchise is to see if the filmmakers are going to try to replace Paul Walker’s Brian. It’s pretty clear that the handsome, wise-cracking Reisner, who is, like Brian a law enforcement officer turned driver, is going to be given the chance. Reisner, who starts out green but learns fast, passes the chemistry test, fitting in nicely as the new link in the Tej – Roman chain and adding a legitimate light relief to the action sequences.

For all the nice character work and incredible stunts, though, the plot of Fast & Furious 8

is a kind of dog’s dinner, with everything and Helen Mirren thrown in. The country hopping has a gratuitous feel to it, like someone with a lot of miles to use up quickly on their frequent flyer card. But more disturbing is the erratic tone. At the same time the team learn that Dom has gone rogue and is trying to kill them, the jokes, or wise-cracks set in, as though nothing bothers anyone. If they are so laid back, how can we feel any tension on their behalf? Principles are transitory, flexible and relative. Dom turns against his ‘family’ to save another family. And while Hobbs’ team battle to save the world, they think nothing of destroying half of NYC and Berlin and leaving the tax payers to pick up the tab. To stop Cipher, they risk starting WWIII with the Russians.