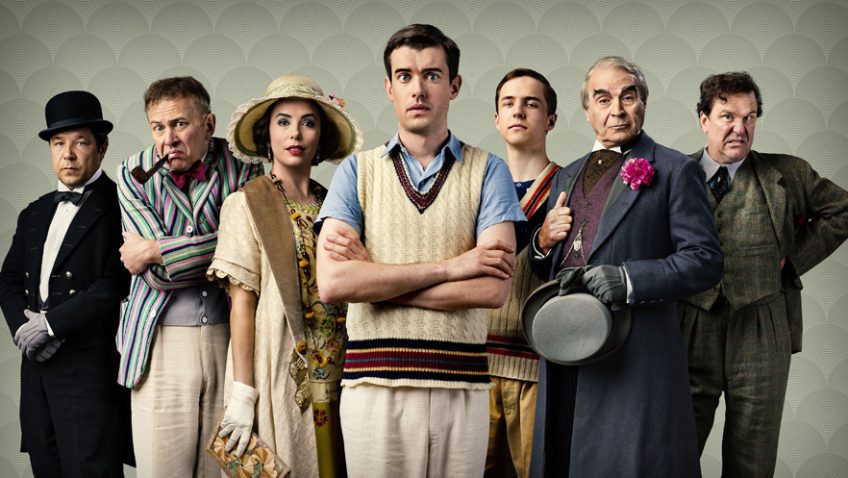 Decline and Fall (Acorn). Evelyn Waugh had a huge success on television with Brideshead Revisited in 1981, one of the great TV serials, a hard act to follow.

Decline and Fall, Waugh’s first novel, a sophisticated, brutal, snobbish black comedy, published in 1928 when he was 24, is highly regarded and put him in the same league as Firbank, Saki and Wodehouse. His social satire is directed against the public school ethos, pederast teachers, the Bullingdon Club, arty architects, prisons and their over-liberal governors.

Jack Whitehall is the self-deprecating victim, wrongly expelled from Oxford, a wide-eyed innocent, who falls in love with an American millionairess (Eva Longoria) whose money is in the slave trade. The cast includes Douglas Hodge as a one-legged pederast and David Suchet as a headmaster who has no time for the Welsh.

Much of Waugh’s appeal is in the language. The characters are caricatures and they are an unappealing lot. The three-part adapation is by James Wood. Guillem Moralles directs.

Ballerina (Entertainment One). A girl and a boy, two orphans, run away from a Brittany Catholic orphanage to Paris, one to become a dancer at the Paris Opera House, the other to become an inventor. The story is set in La Belle époque when the Eiffel Tower and the Statue of Liberty were being built.

Elle Fanning and Dane DeHaan are good voices for the attractive leading characters, the ambitious feisty girl, who is not afraid to lie and cheat to get to the top and her ambitious, besotted boy friend who works for Gustave Eiffel. Carly Rae Jepsen voices the girl’s mentor, a former ballerina, injured and now a charlady.

This sweet likeable French-Canadian animation, directed by Eric Summer and Eric Warin and always pleasant to look at, is for all the little girls (and their mums and dads) who dream of becoming a ballerina and dancing Clara in The Nutcracker.