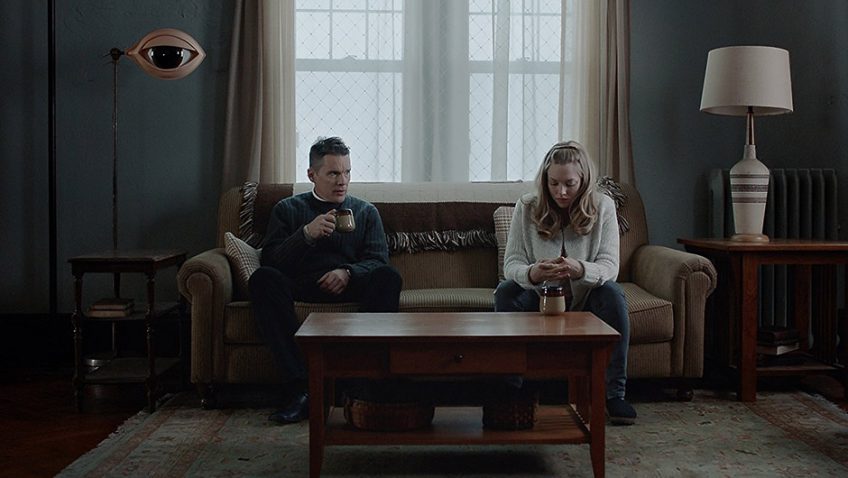 Perhaps this is the year when you will finally stop reading about Robert Redford’s Sundance Film Festival and take part it in yourself. Ok, there won’t be ski lifts and as many mid-West American accents, but there will be a selection of highlights from this year’s Festival with a decidedly #MeToo feel to it. Here are a few of many enticing titles, the full list of which can be found on the website: https://spotlight.picturehouses.com/sundance-film-festival/sundance-london-18-full-programme/

One of the few films not directed by a female is instantly redeemed by the fact that it is written and directed by 71-year-old Paul Schrader. Once one of the great powerhouses of Hollywood, and, on the evidence of First Reformed, still one of the greats, Schrader wrote the scripts for Taxi Driver and Raging Bull, Blue Collar and American Gigolo and directed the hard-hitting Auto-Focus, based on the unsolved murder of an American TV star.

Nothing can describe this strange and meaty drama in which middle-aged Reverend Toller (Ethan Hawke) returns to work in an 18th century ‘tourist’ church in upstate New York, run by a large Christian church with industrialist benefactors. Toller has lost his young son in an accident which ended a doomed marriage only to learn he is losing his battle with cancer. Like John Sayles, Schrader subdues this melodrama with down-to-earth details – an under-stocked gift shop and a broken organ stand out – atmospheric sets and ravishing cinematography and a kind of magical realism.

A pregnant parishioner (Amanda Seyfried) asks Reverend Toller to talk to her husband, a pessimistic radical environmentalist who wants the baby aborted to spare her (he predicts) from the destruction of the planet. Toller’s feelings of inadequacy turn to guilt and then to an alcohol-fueled proactive determination to make a difference. The weak link is a miscast Amanda Seyfried, but then nothing can match the chemistry between Hawke and Julie Delpy in the ‘Before’ trilogy.

Co-writer/Director Debra Granik is no stranger to Sundance, having won awards for a short film, a first feature-length film, and for her much acclaimed, 2010 second feature, Winter’s Bone starring Jennifer Lawrence. Leave No Trace

revisits the themes of self-sufficiency, American poverty, father-daughter-community bonds and a teenage girl’s tough coming-of-age, but it is has none of the self-conscious pretence of Winter’s Bone. Some viewers might even find the less insistent Leave No Trace

too low key and one dimensional, but Granik is here a master of the understatement, never hammering home with back stories or expository dialogue the characterisations and character development that she can portray through her actors and their reactions to situations. 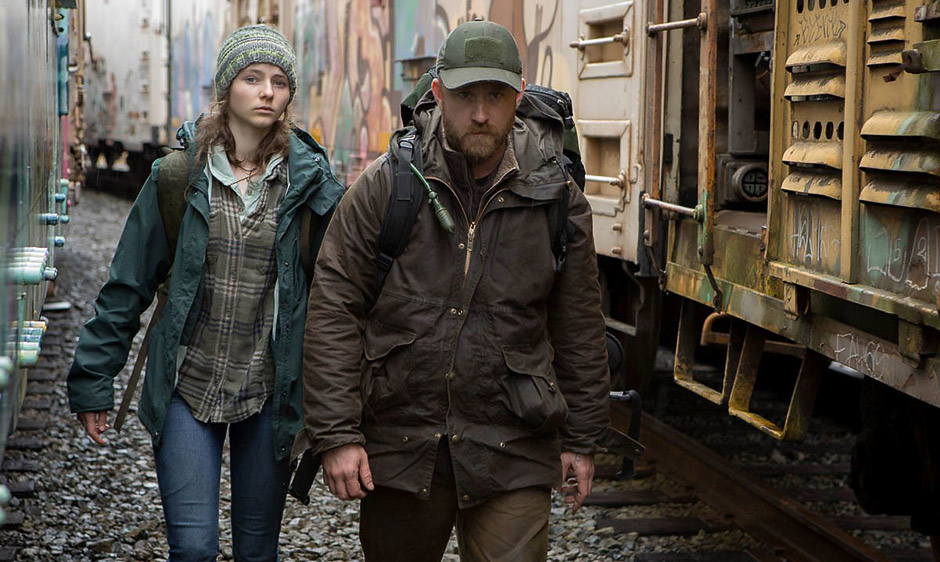 Thomasin McKenzie and Ben Foster in Leave No Trace

When widowed war veteran, Will (Ben Foster) and his teenage daughter, Tom (Thomasin McKenzie) live below the radar in a campsite in Portland Oregon national park, where Tom learns to survive in nature and is trained to leave no trace so that they are not caught by authorities. But when an error in judgment leads to their eviction Tom embarks on a journey of self-discovery.

Clichés evaporate and the Social Services employees are not the unfeeling bureaucrats of a Ken Loach movie. A lesson from a silver-haired beekeeper is the metaphor the film needs and, like the ‘volta’ in a sonnet, signals a shift in the course of the film.

If you enjoyed director Lauren Greenfield’s astonishing fly-on-the-wall documentary, The Queen of Versailles chances are you will not want to miss her Generation Wealth

, a kind of compendium of that film, and her previous films, including Thin and Beauty CULTure. Generation Wealth

is an often sickening history of America’s obsession with wealth, culminating, inevitably, with Donald Trump. Greenfield is also a documentary photographer and, like her previous films, Generation Wealth

is part of a platform that includes a book and an art exhibition. In this case, you can purchase a big, expensive coffee table book of the same title, an ironic postscript to the film’s indictment of American consumerism. 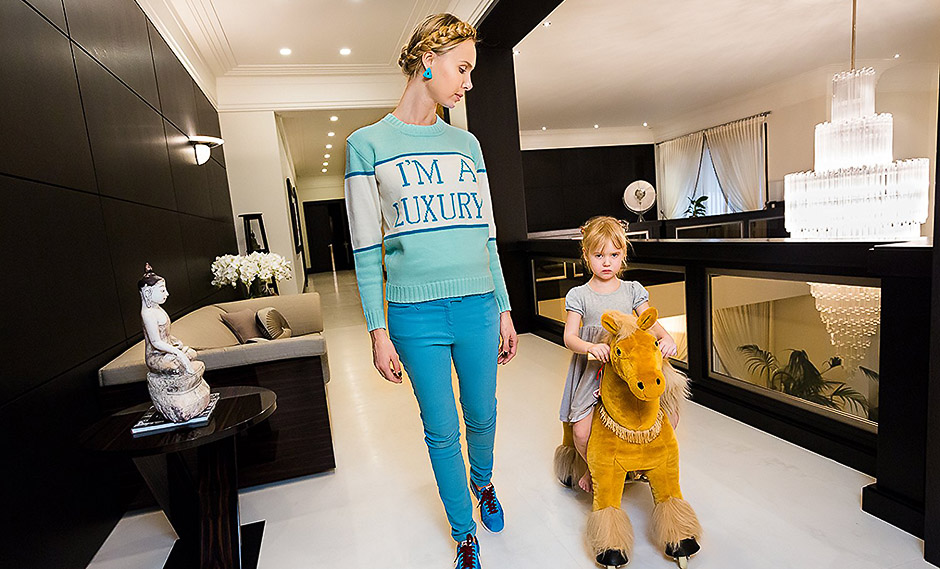 Born in the revolutionary city of Boston, Mass, Greenfield’s Senior Thesis project was titled Survivors the French Revolution, and dealt the French Aristocracy. While you want to dislike the characters she presents in her film, you can’t help sharing Greenfield’s fascination, if not empathy, with these survivors of the American dream. In Generation Wealth

, Greenfield probes the excesses of the American dream in ways that would be boringly obvious and familiar, but for the real people at the heart of her case studies.

A topical cross between Girl, Interrupted and One Flew Over the Cuckoo’s Nest, complete with Jennifer Ehle as the Nurse Ratchet equivalent, Desiree Akhavan’s gay coming-of-age comedy/drama, might be a blunt instrument, but it’s an effective one in reaching its core young adult audience. The subject might even pick the curiosity of the older residents of America’s Bible Belt. Set in 1993, the Aids epidemic is still raging, there are no social media platforms or mobile phones and a Clinton/Gore bumper sticker hangs on precariously to a truck that stops for hitchhikers. Just as wealthy families are quietly sending their wayward offspring to drug and alcohol addiction centres, so orphaned Cameron’s Post’s religious aunt is sending her beautiful, lesbian daughter Cameron (Chloë Grace Moretz) to a sexual conversion camp called Promise. 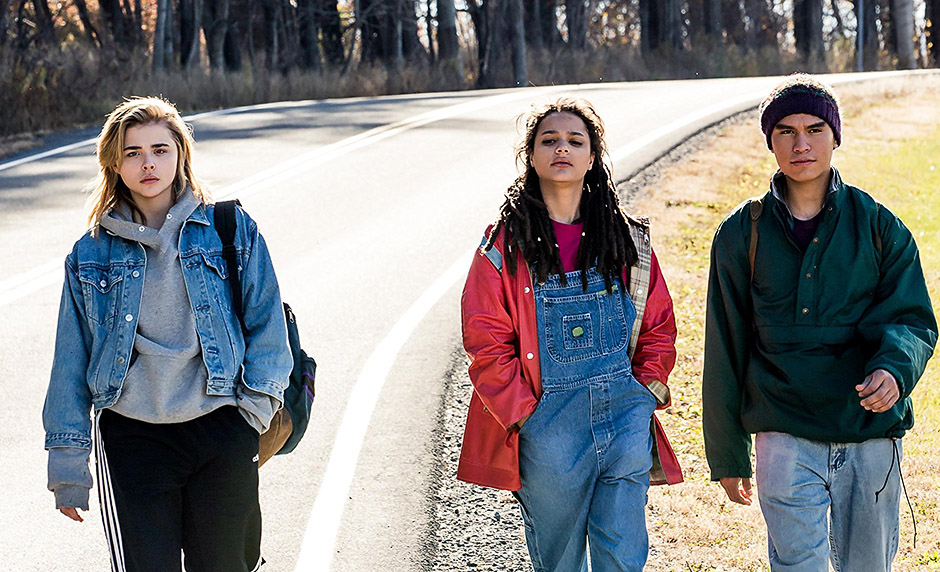 , the drama is weakened by the fact that the self-confident Cameron never seems at risk of brain washing or of suffering the tragic identity crisis of a kind young man whose father tells the camp that his disgusting son is not ready to return home. Conflicts, such a reformed roommate, do not last long and Cameron, who says little but is a clever listener, even breaks down a converted gay counsellor called Reverend Rick (John Gallagher). Rick brings to mind the film, I am Michael the true story of a gay rights activist who turns straighter than straight – with an equal number of questions left unanswered. The ending to this always engrossing film has shades of Andrea Arnold’s film euphoric American Honey but that film’s star Sasha Lane, is inconsequential with an underwritten role.

Another male director in the selection, Jim Hosking’s offering, could not be more different from Paul Schrader’s. And if you saw Hosking’s The Greasy Strangler (probably not), you will know what to expect. Hosking works in genre clichés that are reworked with dysfunctional, often grotesque and generally unlikeable characters and puerile gags that boys well below the 15 certificate age might appreciate. Hosking sets An Evening with Beverly Luff Linn firmly within a working and lower middle class, suburban environment that is bleak, materialistic and tasteless. Lulu’s shopping spree produces a garish and not always flattering wardrobe, but compared to the men’s attire, she’s a fashion plate. 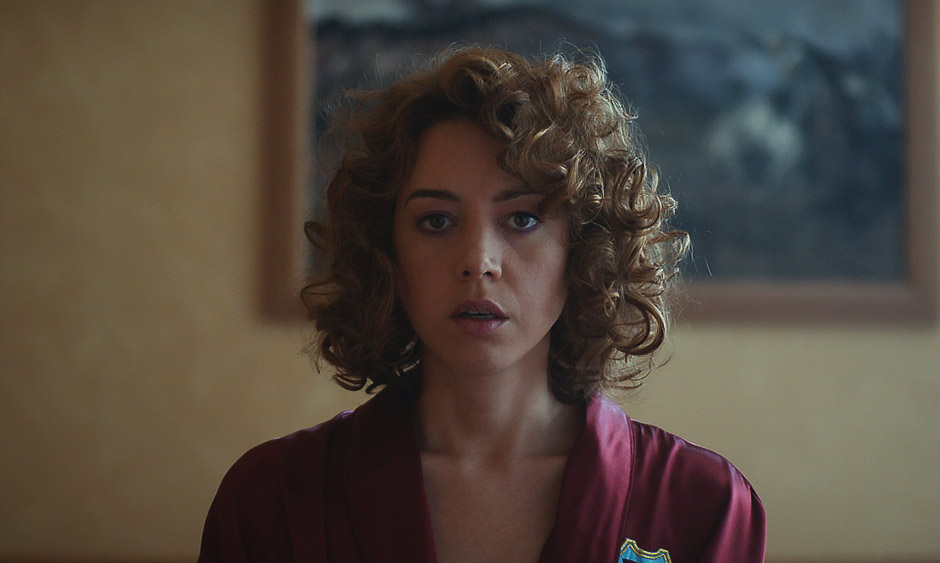 Aubrey Plaza in An Evening with Beverly Luff Linn

Unhappily married Lulu Danger (Aubrey Plaza) finds herself the victim of corporate downsizing when her own husband Shane (Emile Hirsch) fires her from the coffee shop he manages, if that’s the right word. When Lulu taunts Shane by comparing him to her brother Adjay (Sam Dissanayake), a shop owner with a sizeable cash box, Shane and his two co-workers dawn wigs and dark glasses to rob Adjay.

Adjay sends in an Aussie gunman named Colin (Jemaine Clement), who does not have a clue what he’s letting himself in for when Lulu decides to run off with Adjay’s cash – and Colin. So who is Beverly? Unbeknownst to Shane or Colin, Lulu has a special reason for doing whatever it takes to attend ‘An Evening with Beverly Luff Linn for One Magical Night Only’ that is advertised all over town. Luff Linn is played by Craig Robinson, an American comedian who is not the least bit funny here.

For a while, if you can get overlook Adjay’s overacting nonsense, and the idiocy of almost everyone else, this is a lot of fun – at least until the absurd elements lose any semblance to humour and the action become painfully repetitive. Disappointing, too, is the magical evening advertised, although by then, Lulu has discovered another kind of magic. Aubrey Plaza grounds the film in an emotional reality that actually turns touchingly romantic when Colin finally realises what the hell is going on.