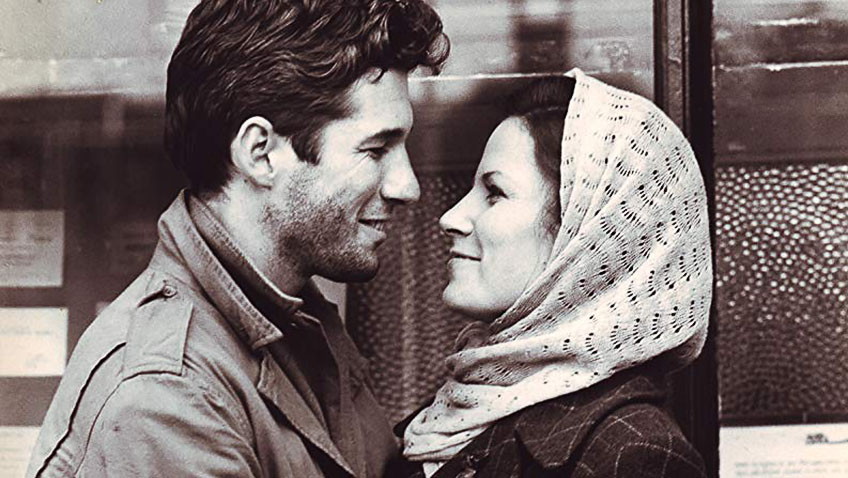 The Yanks are overpaid, oversexed, overfed, overbearing and over here

Yanks (Eureka). Over a million American soldiers (earning three times more than the British Tommy) are in Britain preparing for the invasion of Europe. British women (Vanessa Redgrave, Lisa Eichhorn, Wendy Morgan) in a small Northern town are having affairs with GIs (William Devane, Richard Gere, Chick Vennera) and feeling guilty about it, especially if they are married or have a fiancé fighting in Burma. John Schlesinger’s take on World War 2 and its moral dilemmas and cultural clashes on the home front feel authentic. The film (and Gere’s performance in particular) was underestimated on its release in 1969 because it was understated, gentle, tactful and deliberately bland. There are no histrionics.

First Reformed (Universal). Paul Schrader’s film, a Christian debate about hope, despair and climate change, feels and looks like an art house movie influenced by Ingmar Bergman and Robert Bresson. The First Reformed Church is about to celebrate its 250th birthday. The congregation is a handful of people. The Church survives on charity and tourism. The lonely and desolate 46-year old priest is having a crisis, spiritually and physically. A mentally unstable environmentalist commits suicide. Will he respond in kind and use the dead man’s suicide jacket to blow himself up at the reconsecration of his church which is being sponsored by a big polluting company? Two imagined sequences, one which involves levitation, suggest that what the priest (Ethan Hawke looking very gaunt) needs is not martyrdom but rehab and sex with the nice young widow (Amanda Seyfried).

Mission: Impossible – Fallout (Paramount). You may think Tom Cruise at 54 is getting a bit old for this sort of thing; but there is no sign of his letting up. He’s still hanging in there, doing his own stunts. Cruise is the star but he and the character he is playing are completely upstaged by the totally impossible action which audiences have come to see. The high spots, all brilliantly photographed by Rob Hardy and edited by Eddie Hamilton, include a punch-up in a lavatory, a car/bike chase through the streets of Paris (sometimes against the traffic), a race over London roof tops from St Paul’s to Tate Modern, a fight between helicopters and a fight on a cliff edge in Kashmir. Don’t bother about the story. Just go for the ride. Director Christopher McQuarrie is in charge and knows what he is doing.

Khartoum (Eureka). A 1996 film about Imperial failure in 1885 begins with the massacre of the British and ends with the massacre of the Egyptians. Prime Minister Gladstone sends General Gordon, knowing he will fail and then sends an expedition to save him too late. Director Basil Dearden recreates George William Joy’s romanticised painting of Gordon’s death on a staircase. Charlton Heston, understated and playing one of his favourite roles, looks like Gordon and sounds like a Brit. Laurence Olivier as the bloodthirsty extremist The Mahdi (The Expected One) keeps the black make-up he used to play Othello. He looks and sounds theatrical. Heston towers above him in their fictional meeting. The dialogue is stilted.

Postcards from the 48% (Guerrilla Dogs) is a documentary about Brexit by David Wilkinson who voted to remain. The referendum was meant to be consultative not mandatory and deeply divisive. Will the nation, who voted with no idea of the consequences, be allowed to vote again, now that they know they are going to be worse off? The UK cannot survive without immigrants. There is no advantage for not being in the single market. Brexit is a catastrophe. Wilkinson patriotically signs off with Elgar’s Pomp and Circumstance.

Atoll K (BFI). Cinema’s most popular double act, Laurel and Hardy, made their last film (aka Robinson Crusoeland/Utopia) in 1951. Long thought lost, it has now been restored. It’s not that funny. The familiar slapstick routines are over-extended. There is a whiff of satire at the expense of lawyers and tax, stateless refugees and sovereignty. Laurel thought the film stank and dismissed it as an embarrassment. Watch the classic The Magic Box, their masterpiece, in which they lug a grand piano up a long flight of stairs. Stan and Ollie were at their best in their short films.