Home / SLIDER / An old-fashioned Cinderella story for the Christmas season 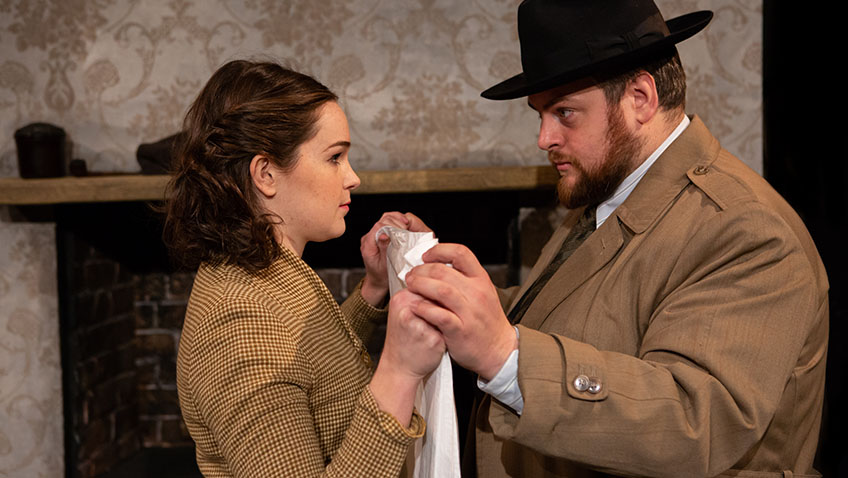 An old-fashioned Cinderella story for the Christmas season

In wartime London in 1940 the West End theatres were full of comedies, reviews, farces and musicals and one of the most successful was Aimée Stuart’s comedy, Jeannie.

It had begun at The Torch Theatre, a tiny club theatre, transferred to Wyndham’s in April, made Barbara Mullen, a star overnight and ran until September when the Blitz closed all the theatres. 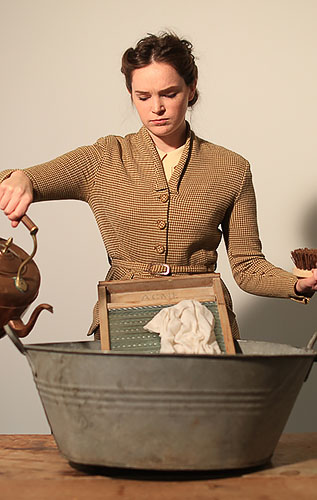 There was a film version in 1941 with Mullen and Michael Redgrave. Nicolette Kay’s revival is its first UK production in 80 years.

Aimée Stuart (1886-1981), now long forgotten, was a highly successful writer of novels and plays and for wartime audiences looking for something light, easy and amusing, Jeannie, set in a romantic 1936, would have had sweet nostalgic appeal. It is easy to imagine the play being very popular with female audiences at matinees.

The story begins in a little country town in Scotland. Jeannie (Mairi Hawthorn), a simple, honest lass, 28-years-old, is treated by her miserly and tyrannical father as if she is his servant rather than his daughter. He does not allow her to smoke or drink or go the cinema. On his death she inherits £200 and decides to blow it all on an expensive trip to Vienna. She chooses Vienna because she loves Strauss’s The Blue Danube.

She meets a commercial traveller (Matthew Mellalieu), a decent sort of bloke, who has invented a new type of washing machine. He befriends her and promises to show her the sights, but he gets distracted by a blonde and ditches her. Jeannie finds solace in a chivalrous Austrian count (Patrick Pearson), an obvious rogue, who has bags of charm and no money and thinks she is an heiress.

The appeal of Jeannie is her naivety. “We never speak of sex in Scotland,” she tells the commercial traveller. It is the likeable performances of Mairi Hawthorn and Matthew Mellalieu which carry Nicolette Kay’s production to the happy ending the audience wants.