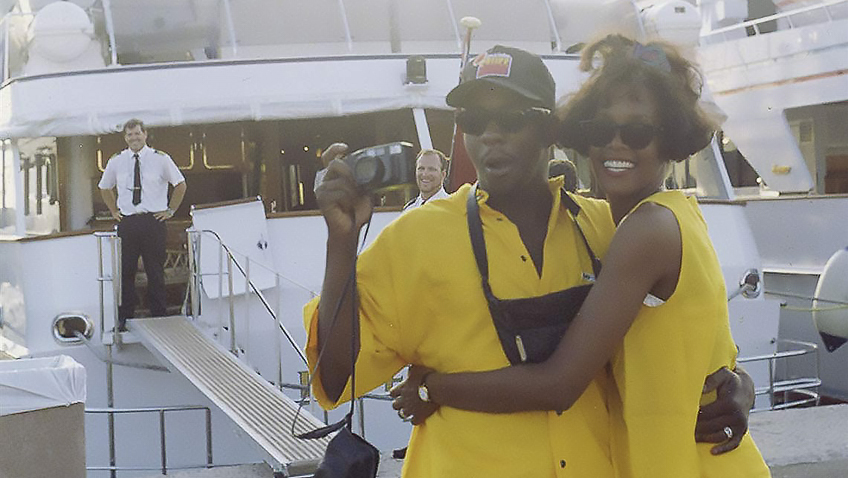 Whitney (Altitude) is a documentary by Kevin Macdonald on the American megastar Whitney Houston. She began singing in church and decided to be a professional singer at 13. She died in 2012 aged 48, discovered unconscious in a bathtub. She was sexually abused as a child and she took to drugs in a big way in adulthood. Whitney was a beautiful and vulnerable woman, full of charm. She had a great voice and sang from the heart. Listen to her sing the American National Anthem, turning a battle song into a song of freedom. Key moments in her career include being booed at the Soul Train Awards and being cheered when she and Kevin Costner kissed in The Bodyguard, a turning point for race relations in movies. Macdonald interviews family, friends and colleagues and observes her relationship with her mother (a singer in her own right and a formidable influence and disciplinarian) and her father (who stole from her). She would have been better off had she stayed with her alleged lover, Robyn Crawford rather than marrying the boorish, philandering Bobby Brown who denies any responsibility for her spectacular fall.

Leave No Trace (Sony). Debra Granik, director of Winter Bone, is back in the forest. A father, who has shunned society, and his 17-year-old daughter are living illegally on public land in Oregon. The father makes money by selling his medication drugs. He served in Iraq and suffers from PTSD. They live in a makeshift camp until they are discovered, evicted and taken into care and offered a home on a farm. Father cannot settle and they make their escape to find refuge in a caravan camp in the forest. The performances of Thomasin McKenzie and Ben Foster make you care what happens to them. The father is a loving dad but he is deeply disturbed and in need of psychiatric help. So long as she stays with him she will never have a proper home. The acting and the direction are totally understated and totally convincing.