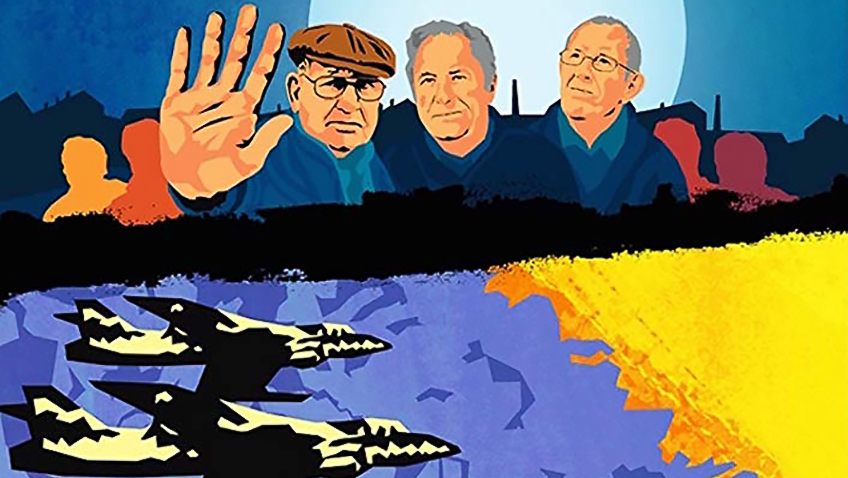 Nae Pasaran, or ‘they will not pass,’ the Scottish version of the Republican battle-cry in the 1936 Spanish Civil War, is a doubly-apt title for this uplifting and fascinating, if somewhat jumbled documentary. Scottish men and women represented 23% of foreign volunteers who fought in Spain against Franco in 1936. And Scottish anti-fascist resistance resurfaced in – of all places – the Rolls-Royce East Kilbride engine service centre in March 1974. The connection between Augusto Pinochet’s American-backed coup d’état in September 1973 and four affable Rolls Royce union men and engineers is such a great story you can forgive the film its repetition and a narrative structure that undermines the story’s inherent drama. 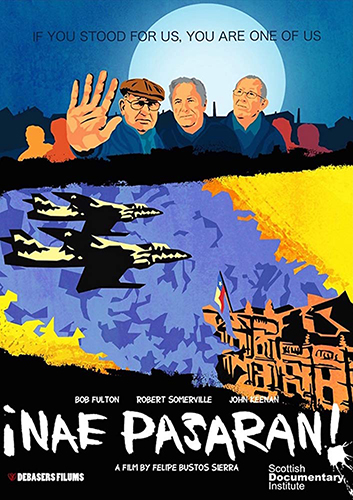 The images of the bombing by British Hawker Hunter planes and of the public herded into packed football stadiums awaiting an uncertain fate were broadcast around the world. Between 1973 and 1990 (although Pinochet remained Military Commander until 1998) over 3,000 political prisoners and anyone suspected of supporting Allende were executed or ‘disappeared’. The great 77-year-old filmmaker Patricio Guzmán has devoted his life to documenting this period in films such as Salvador Allende, Nostalgia for the Light and The Pearl Button.

Seven months after the coup, Bob Fulton, a Rolls-Royce engine inspector tells his colleagues that a Chilean Air Force jet engine has arrived in the factory for maintenance. The chances that this engine played a part in the coup were high. In a principled reaction, Fulton refuses to let the engine go through, pinning a black tag on it. He could have been sacked, but his protest was backed by Bob Somerville who ensured the full backing of the Committee and that ‘the blacking’ spread through the entire factory without any repercussions on workforce.

The reactions of his supervisors and the British government are not fully explored, but they were not fully supportive.

The first section of the film is heavily captioned and uses strong archival footage to fill us in on the background to the Scottish protest by chronicling the coup. Toward the end of Allende’s famous last speech which included the line, ‘I will repay the people’s loyalty with my life’ (which he did) we hear the British made Hawker Hunter planes with Avon Rolls-Royce engines flying over Santiago and a brutal 16-year dictatorship began.

When the first of what were (the numbers are a bit elusive) 8 engines from the Chilean Air Force arrived for servicing in East Kilbride, Fulton and a group of engine inspectors, in solidarity with their trade union brothers in Chile, ‘blacked’ the engines. For four years the engines rotted outside the factory until one day they mysteriously disappeared.

The film is a personal journey and investigation for Scottish based producer / writer/director Felipe Bustos Sierra whose father was a Chilean journalist exiled by the Pinochet regime. He stages his own ‘coup’ by locating one of the blacked engines in Chile, still with its original identification number, although the way the search is shot proves anti-climactic.

For Somerville, the Chilean connection continued. When Allende’s widow, Hortensia Bussi de Allende, visited Glasgow he served as a bodyguard because of a black belt in karate. He was the press contact during the boycott and was very active in the settlements of Chilean refugees in South and North Lanarkshire, being rewarded with an MBE from Prince Charles in 2001.

Although the lengthy identification captions compete with the sub-titles and visuals for our attention, a series of Chilean survivors talk to or about the Scottish intervention. The captured supporters of Allende (many of whom were with him in La Moneda) heard about the Scottish solidarity through Radio Moscow’s nightly transmissions and attribute the East Kilbride boycott to their sentences being reduced.

We also hear from a high ranking military official in Pinochet’s regime who concedes that the lack of engine maintenance was a problem. The son of a Pinochet pilot attributes his father’s death to a faulty engine, suggesting that the regime risked the lives of its air force in light of the boycott on engine pairs.

In 2015 the Chilean government presented Bob Fulton, John Keenan and Robert Somerville (81) with the Medal of Merit of the Order of Bernardo O’Higgins, to the rank of Commander. You have to be made of stone not to shed a tear during Fulton’s elegant speech with a universal and timely message.