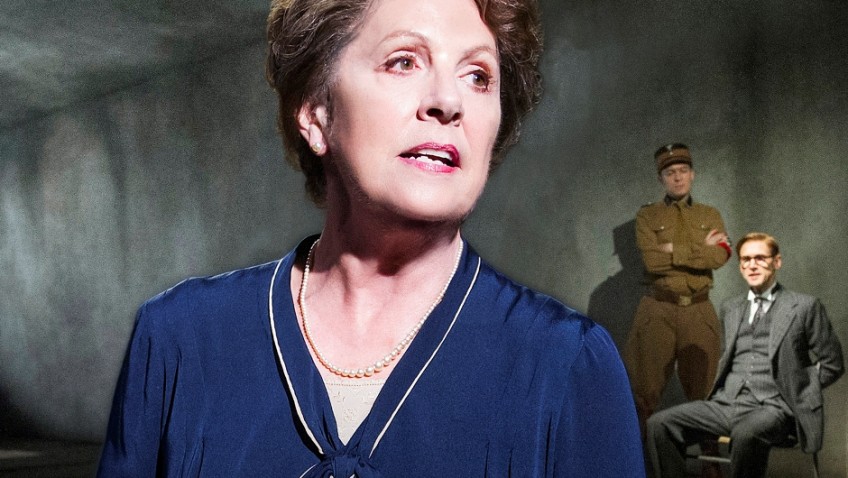 Tribute to a brave mother who campaigned to save her son

70 years ago on 27 January 1945, the Nazi concentration camp at Auschwitz was liberated by the Soviet Red Army. It is an appropriate moment for Jonathan Church’s production of Mark Hayhurst’s play to be opening its West End run, following its premiere at Chichester last year.

In Berlin’s central criminal court in 1931, Hans Litten, a 27-year-old German-Jewish lawyer, subpoenaed Adolf Hitler to appear as a witness during a trial of four storm-troopers accused of rampage and murder.

Litten cross-examined Hitler not only to expose and humiliate him but above all to call him to account personally for the brutality of the Nazi Party. It was a heroic act, but it was also reckless and arrogant and he paid a heavy price.

Hayhurst has already written a play, The Man Who Crossed Hitler, which is well worth watching, and a documentary To Stop A Tyrant, on the same subject for television in 2011.

Taken at Midnight is a sequel and shows what happened to Litten when Hitler came to power in 1933.  He was one of the first to be arrested and served five years in prison and concentration camp in Sonnenburg and Dachau where he was tortured. He committed suicide in 1938.

Hitler (likened to Baron Munchhausen and Attila, the Hun) does not appear. Hayhurst alternates between the concentration camps and Litten’s mother’s campaigns to get him released. The more the play sticks with the mother and especially in the scenes she shares with a member of the Gestapo, the better and more interesting it is.

Penelope Wilton and John Light play their scenes together impeccably.  Wilton, patient, steely, brave, has the moral authority the mother requires. The role has a nice line in dry cynical wit and there is memorable moment when she says that, when Hitler came to power, she constantly looked for irony on the faces of the German citizens and found none.