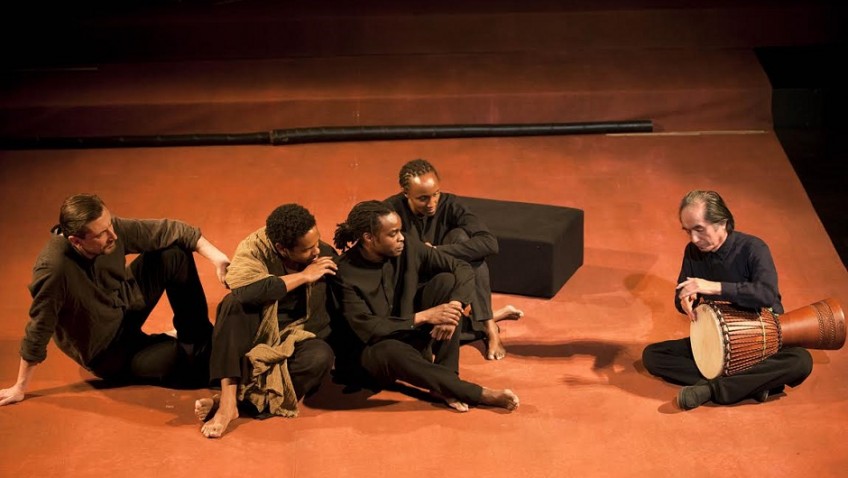 Peter Brook returns to the Mahabarata

Peter Brook’s fame as a theatre director began when he was 20. He is now 90 and still directing.

In order to make good contemporary theatre, he has said, one must always look for a subject which concerns everybody.

His subject is war and death and especially death.

Brook and his long-time partner, Marie-Helene Estienne, return to the ancient Sanskript epic, the Mahabarata, which was one of his most famous productions and seen all over the world

Originally premiered in Avignon in 1985, it never came to London, there being no space large enough to stage it

Battlefields is a 65 minute extract acted on a bare orange stage by 4 actors who are accompanied by a musician, a Japanese drummer

A war between members of the same family has left millions dead. Victory brings no joy. A king discovers he has unwittingly killed his own half-brother. Victory feels like defeat.

I enjoyed the fables: a snake is accused of murder, a worm attempts not to be run over by the wheels of a chariot, a starving falcon wants to eat a pigeon and a greedy mongoose is told to give all his worldly possessions to the poor.

The moral is clear: we want to stay alive, we want to prolong life, but our destiny is to die.