Home / LIFESTYLE / REVIEWS > / THEATRE REVIEWS / Is Philippe Pétain, Marshal of France, to be condemned or exonerated? 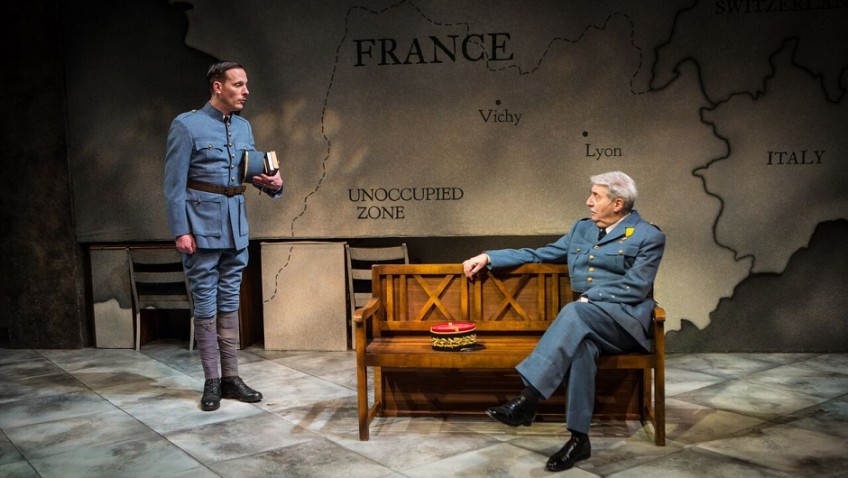 Is Philippe Pétain, Marshal of France, to be condemned or exonerated?

Jonathan Lynn’s play is about Marshal Pétain and the Fall of France in World War 2. The 84-year-old Marshall, a great commander and an acclaimed national hero for his defence of Verdun in 1914, surrendered to the Germans and set up a puppet government in Vichy.

He ran a fascist regime and deported 75,000 Jews.  When the war ended he was arrested and charged with treason and with collaborating with the enemy.

Pétain argued the war was already lost in 1940 and that by signing the armistice he saved Paris from destruction and saved millions of French lives. “I am doing this for France,” he said. He was found guilty; but because of his age and because the public still thought of him as a patriot and not as a traitor, he was reprieved and sent into exile.

Lynn’s play is the joint story of Pétain and his protégé, Charles de Gaulle. They had a father and son relationship. The story is true; but the scenes, acted out in front of a huge map of France, are invented. There is a delightful drunk scene when they talk about philosophy.

Both did their duty as they saw it and both had the courage to stand alone. Great soldiers disobey orders. Pétain loved the French. De Gaulle loved France. Pétain backed the wrong side and was reviled.

De Gaulle, intelligent, ambitious, proud, feels he was born to serve France and to lead others in her service. His arrogance raised a lot of hostility among his superiors who did not want to be lectured on the Qualities of Leadership by a then second-grade captain.

Patriotic Traitor feels like a docudrama written for television and made theatrical by a nice line in comic irony. Lynn also directs and the production, excellently acted by Tom Conti and Laurence Fox, deserves a West End transfer.