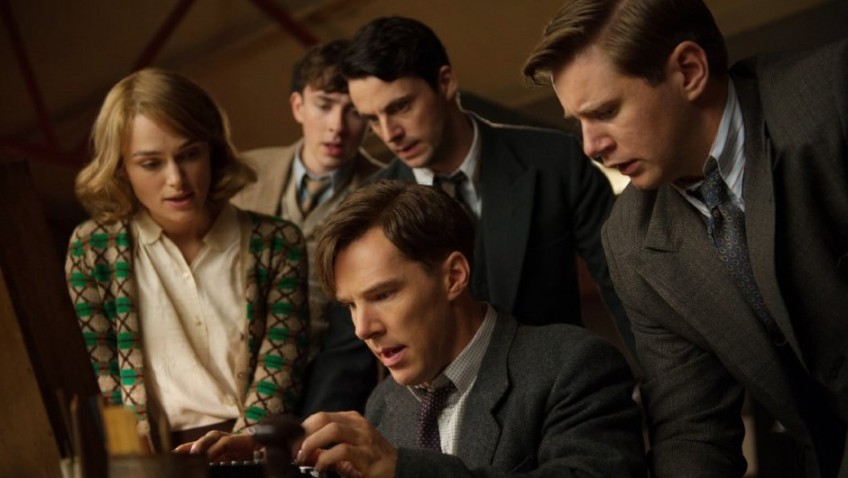 The shameful treatment of a war hero is deeply shocking

THE IMITATION GAME (StudioCanal). Alan Turing, cryptanalyst, mathematician, genius, designed a machine to crack the “unbreakable” code of the Nazi Enigma machine in World War 2. He shortened the war by two years, saving thousands of lives. And how was he rewarded by a grateful nation? After the war he was arrested for being a homosexual and offered either two years in prison or chemical castration. He chose the latter and committed suicide. He was 41. The story has been staged and filmed before with Derek Jacobi. The present version, directed by Morten Tyldum is solid reliable entertainment, prefect for home viewing. Benedict Cumberbatch doesn’t look like Turing but he conveys his genius and lack in social skills and humour.

71 (StudioCanal) is a military thriller set in Northern Ireland. Belfast is a dangerous place. During a raid a British soldier (the talented Jack O’Connell) is left behind. Who will get to him first? Will he get out alive? His ordeal is long and frightening. Everyone he meets is a potential enemy; and it is difficult to know whose side  -Catholic or Protestant – people are on? Could you pull a trigger and execute a man in cold blood?  The first part of Yan Demange’s film, taut and immediate, a major breakthrough for this director, is particularly exciting as the soldier, lost and confused, is chased down streets and alleyways. The violence is very convincing.

THE HUNDRED-FOOT JOURNEY (Entertainment One) is an inoffensive soufflé. Two rival restaurants face each other across the street: one is French and long established, whilst the other is Indian and new. So what’s on the menu? For starters, there’s cliché; for main course, there’s banality and sentimentality; and for dessert, there are fantasies about winning lots of Michelin stars. If you don’t like predictability, stay out of the kitchen. Helen Mirren and Om Puri fight and fall in love. Manish Dayal falls in love with Charlotte Le Bon. Lasse Hallstrom’s film is badly in need of some spice.

EASTERN BOYS (Peccadillo) directed by Robin Campillo won the Best Film Award at Venice Film Festival. Middle-aged Paris businessman (Oliver Rabourdin) picks up a young Ukranian hustler (Kirill Emelyanov) at the Gare du Nord and this leads to an unnerving scene when a gang of adolescent European illegal immigrants invade his flat and rob him of all his possessions. The relationship with the youth, however, somewhat unbelievably, continues and changes from carnal to paternal. Can he save him from the gang? Can he save him from being deported? Will there be a happy ending? Danil Vorobjev (who plays the gang’s volatile leader) is clearly an actor with a future.

MY BROTHER JONATHAN (StudioCanal) is a solid, reliable 1948 adaptation of Francis Brett Young’s best-selling novel, with a strong social message about the inequalities of medical care in Britain before the founding of the NHS. Michael Denison (in the role which made his name on film) heads the cast as the doctor (an idealist, a do-gooder, the worker’s friend). He runs a surgery for the poor in the slumsof a town in the midlands. The cast includes Dulcie Gray, Stephen Murray, Ronald Howard and Finlay Currie.

MINE OWN EXECUTIONER (StudioCanal). If a psychiatrist (Burgess Meredith) can’t sort out his own mess, how can he be expected to sort out other people’s messes? Can he stop a dangerous man (Kieron Moore with split personality) from killing his wife? His Behaviour is irresponsible and then just silly when he decides to climb a fireman’s long ladder to stop a suicide. Should his career be saved or should he find a new job? Will the coroner get the right answer? Nigel Balchin’s 1947 plodding and totally unbelievable psychological thriller is directed by Anthony Kimmins.