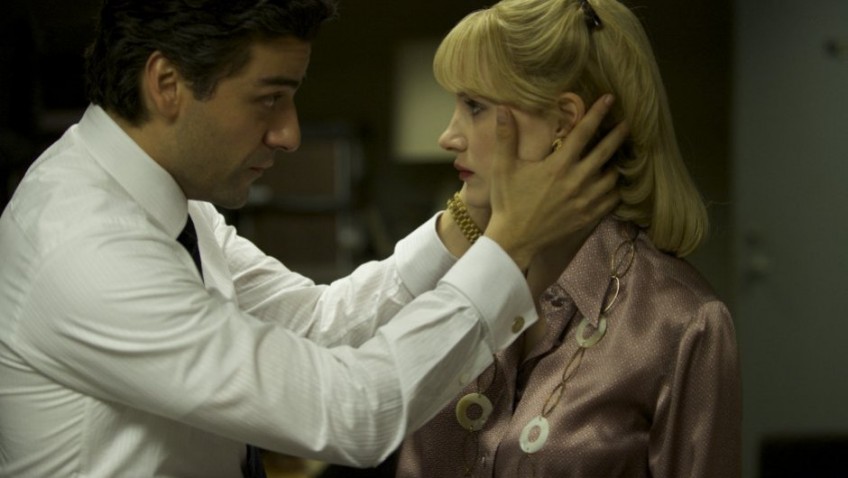 Uniting three films into one in A Most Violent Year

With his third feature, the solid, classy, A Most Violent Year, American Writer/Director J.C. Chandler seems to be showing off his versatility.  Chandler’s debut feature, Margin Call, had us sweating on Wall Street during the last 36 hours of the soul of an investment bank on the eve of the financial crash of 2007/8. While Margin Call was nominated for an Oscar for its jargon-filled script, Chandler’s follow-up, All is Lost, was an almost wordless survival-at-sea film with a cast of one septuagenarian.  While morality is sacrificed to save the firm in Margin Call, in A Most Violent Year Abel Morales (Oscar Isaac), a husband, father and New York entrepreneur, in realises how difficult it is to play a crooked game straight in 1981.

Versatility, yes, but uniting the three films is Chandler’s fascination with a man’s attraction to risk and his reactions to imminent meltdown. Just as the first two films were about independent, goal-orientated men with nerves of steel pushing themselves to the limit, so Latin American immigrant Abel Morales (Oscar Isaac) is so determined to push through the strategic purchase of land, that you expect him to collapse under the weight of the stress.

His bid to expand his heating-fuel business takes place during New York City’s most violent year on record, characterised by political corruption, unemployment, budget cuts and the resulting reduced police strength. Abel has noticed that someone is stealing fuel from his trucks, but when his young Hispanic driver, Julian (Elyes Gabel) is mugged on a crowded motorway while making a delivery, Julian sets out to discover which of his competitors is behind the intimidation.

Morales had bought his competitive and cut-throat business from a small-time gangster, and married the late gangster’s beautiful daughter Anna (Jessica Chastain) who continues to do the books. Early in the film, the couple join the white flight from the city and move, with their two young daughters, into their new dream-home in Westchester County. It might be a symbol of the American dream coming true, but the house is not Abel’s castle. Soon after moving in their sleep is interrupted by an armed intruder who Abel chases away.   The following day a daughter finds a loaded gun in the front garden.

As if these worries were not enough, Manhattan’s ambitious District Attorney (David Oyelowo), whose mandate is to stamp out corruption in the heating-oil industry, targets Abel, sending in a team to investigate his books for fraud and tax evasion. There is a fantastic scene when Abel is throwing boxes of old tax receipts under the house while Anna stalls the DA like a gangster’s moll, but reminding him that, ‘my husband is not my father.’

Meanwhile, Abel’s problems mount when Julian’s traumatic attack comes back to haunt him with disastrous results after he returns to work. As a result of all the unwanted attention on the firm, the bank lending money for the purchase of the waterfront property pulls out, leaving Abel 3 days to find the money or lose his land and substantial deposit.

This constant struggle to overcome impossible obstacles sometimes feels too much like reality to be entertaining. Fortunately, Chandler’s artistry, an unrushed but compelling script, and the superb cast dispel those feelings and carry us along as enthralled spectators.

When Abel looks across the river from his plot of land in Brooklyn to the bright lights of Manhattan, the scene is reminiscent of the famous, final paragraph from The Great Gatsby, another rags-to-riches story where the eponymous protagonist’s bid for the American Dream sits on a shaky foundation.

But the plot of land on which Abel risks his future and even his life, will give him an honest, competitive edge over his competition as river deliveries will save time and reduce his dependency of the Teamsters’ Union and trucking expenses.  We are left, with Abel, to ponder whether the moral high ground is an advantage in a corrupt and violent city.