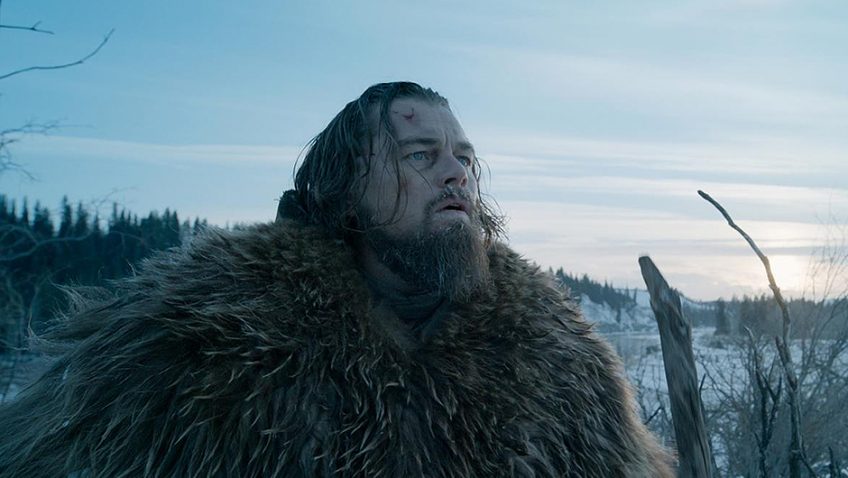 A visually brilliant, but soulless exercise in storytelling

And this is where it’s necessary to introduce the third Mexico City born middle-aged man into  the equation:  the cinematographer Emmanuel Lubezki. Lubezki won an Academy Award for cinematography for both Cuarón’s Gravity and Iñárritu’s Birdman and is now, along with Iñárritu, a favourite to win another Academy Award for The Revenant

wins a second Best Director and/or Best Picture award for Iñárritu, it is in no small part due to Lubezki’s wizardry.

Lubezki is the man to call if you want depth of focus, long, uninterrupted takes, seemingly impossible camera moves, ‘you are there’ atmosphere and seamless special effects. He is also, as Cuarón and Iñárritu have learned, the man to call if you want to win an Academy Award for Best Picture and Director.  The same dazzling techniques Iñárritu used in a Broadway theatre in Birdman are here applied to an endurance struggle with the great outdoors.  In 1823, the formerly peaceful Arikara Indians are staging revenge attacks on the fur trappers in the Upper Missouri delta who are killing their big game and infringing on their trade with the French in pelts. (In a sub-plot, the ageing head of the Arikara takes on the John Wayne role in The Searchers as he wreaks havoc in his search for his abducted daughter).

The film is loosely based on the life of fur trapper Hugo Glass (1780-1833) who became a folk hero after he was attacked by a grizzly bear and left for dead by colleagues working for the Rocky Mountain Trading Company.  The film charts Glass’s (DiCaprio) epic journey across the inhospitable wilderness as he heads 200 miles to Fort Kiowa in South Dakota.  There he is reunited with an astonished Captain Andrew Henry (Irish actor Domhnall Gleeson, Brooklyn) who thought his invaluable tracker/trapper had succumbed to his mauling by the bear.  He is also reunited with the two men – John Fitzgerald (English actor Tom Hardy) and Jim Bridger (English actor Will Poulter) who left him for dead and without a gun.

Tom Hardy and Domhnall Gleeson in The Revenant

Many thought Leonardo DiCaprio (The Aviator, Shutter Island, Titanic) would finally win the Best Actor Academy Award for his role as the loquacious, excessive, wealthy party boy and junk-bond salesman in Martin Scorsese’s The Wolf of Wall Street, shot by Iñárritu’s former cinematographer Rodrigo Prieto.  Now most bets are on DiCaprio winning his first Academy Award for The Revenant

in which he is cast against type.  Gone are the smooth talk and good looks that saw him cast as Baz Luhrmann’s Romeo and Scorsese’s slick, dishonest salesman.   Disguised under a heavy beard, long, dirty hair, a grime covered-face and contorted with pain, his body is, for most of the film, covered in gaping wounds and a bear-skin.  He speaks about 15 pages of dialogue in a film that is just under 3 hours long and in which he is pretty much alone on screen for half that time.

Leonardo DiCaprio and Forrest Goodluck in The Revenant

Lubezki shot the film almost entirely outdoors in the Canadian Rockies and when there was not enough snow in Canada, in Argentina – using only natural light and candle light,  which limited the shooting hours in any day. Iñárritu used hundreds of extras and stuntmen (DiCaprio alone had five stunt doubles).

But realism has its price; and Iñárritu was after realism, even building Fort Kiowa with recycled 19th century wood and requiring the various Native American’s to learn the all-but dead Arikara language. Lubezki’s cinematography transports us to another world no less than it did in Gravity.  Seldom has wilderness looked so pristine, so gorgeous and yet so frighteningly indifferent. Rivers flow through primordial forests and the camera pans from what looks like a dot in an ocean of sand or water, to a shot of Glass, marching through a valley covered in snow.

Leonardo DiCaprio and Domhnall Gleeson in The Revenant

But for all this realism (at one point you can see DiCaprio’s breath on the lens of the camera), The Revenant

is about as realistic as the last Mission Impossible. You can survive the mauling of a bear, but can you then subject your starving, raw, infected body to a long bashing in the freezing rapids? DiCaprio died of hypothermia in the Titanic, and, since he exits the river with wet clothes and no shelter from the sub-zero temperatures, you would expect him to do the same here.  When his horse gallops over the edge of a cliff, falling through a pine tree onto the  ground, he gets up without so much as a broken bone. It’s Fast and Furious 7 with a horse substituting for the cars that were airdropped down the mountains in Azerbaijan.

And for all the adventure, the story lacks suspense. The experience is vivid, but never visceral. You know that the eponymous character cannot die (at least until the end, if that). The whole point of the film is watching him survive, against all odds. His resourcefulness at survival is entertaining but we’ve seen it before: even the ‘crawling into the warm guts of a dead horse’ in last year’s Icelandic film, Of Horses and Men. And the potentially powerful mysticism is weakened by overuse, as Glass periodically sees visions of his dead Indian wife urging him  to live. If Glass himself is the eponymous Revenant, the ghost-wife is one too many.