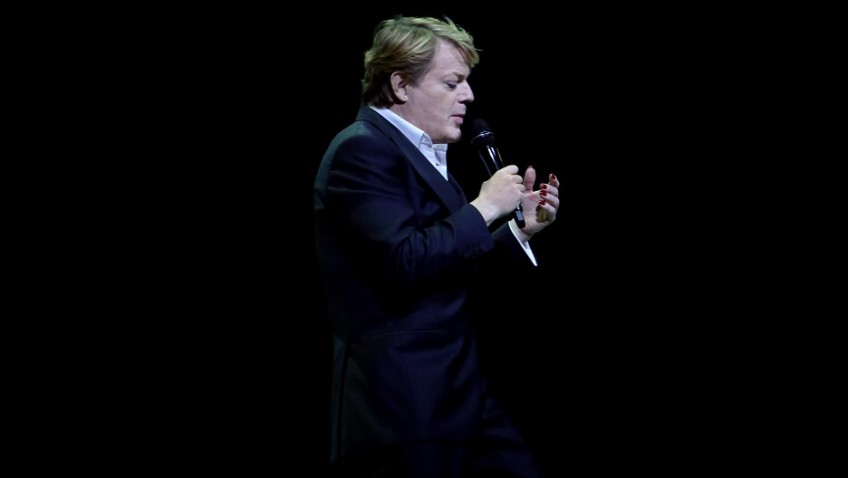 Eddie Izzard has been round the world these last three years with his one-man show, Force Majeure Reloaded, visiting 28 countries and performing his absurdist ramblings in four languages – English, French, German and Spanish.

At 53, Izzard, with his red nail varnish and Cuban heels, remains his boyish, agile, discursive, digressive, charming self. He riffs and improvises.

He claims the show has been re-mastered, made tighter and sharper and more perfect. I have known him funnier, his flights of fancy greater

His surreal stream of consciousness material includes Julius Caesar getting stabbed, Richard the Lionheart speaking in French, Martin Luther nailing 39 theses to the church door and Henry V with a high-pitched voice failing to persuade his troops to advance unto the breach.

He notes the similarities between Welsh and Indian accents and recalls stealing make-up when he was a teenager.

He imitates a lion with cramp, a mole digging for gold and best of all, the climax of his act, a horse performing in Olympic Equestrian Dressage.