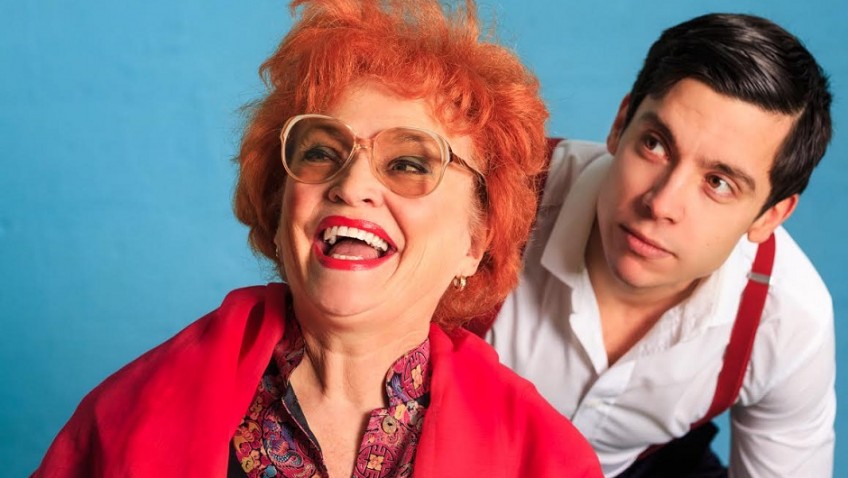 Lucille Ball, queen of comedy, is idolised by a gay young man

Lucille Ball (1911-1989), the brilliant, screwball, redheaded American comedienne, became a national institution with the TV sit com, I love Lucy, which aired from 1951-1974.

Neither Hollywood nor Broadway knew what to do with her talent. But television did. For 23 years she was queen of comedy.

Lee Tannen, a distant relation to Ball, first met her when he was a boy; but their friendship didn’t really begin until the last decade of her life when her glory days on TV and her marriage to Desi Arnaz, the Cuban band leader, were over.

Tannen wrote a book about their friendship and he has now turned the book into a two-hander set round a backgammon table.

I Loved Lucy concentrates on Tannen and his relationship with the aged Ball, forty years his senior, rather than on Ball.

Their relationship never develops into something histrionic along the lines of Gloria Swanson and William Holden as Norma Desmond and her lover in Sunset Boulevard  – though momentarily it does seems as if it might do so in the one and only dramatic scene when he criticizes her and she orders him out of the house.

The script isn’t any less enjoyable for being trivial and Anthony Biggs, true to the script in his deft production, puts the emphasis firmly on the idoliser.

The raspy Lucille Ball (Sandra Dickinson) plays a supporting role to Lee Tannen and Matthew Bunn is very engaging as the gay camp young man who is absolutely besotted with her.