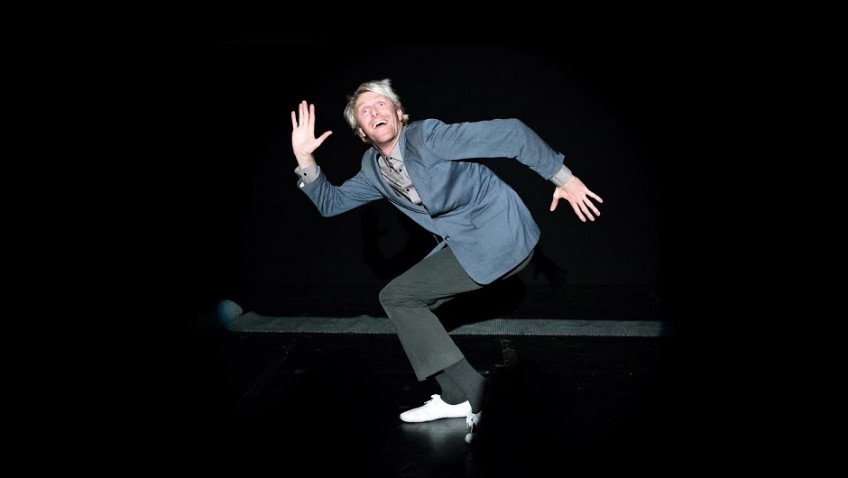 “I do mime,” says Trygve Wakenshaw

The award-winning Trygve Wakenshow, a New Zealander living in London, has had a big success with his three one-man mime shows at the Edinburgh Festival.

It’s physical comedy; it’s stand-up comedy without the words. Wakenshaw doesn’t do jokes. The 75-minute show is largely silent. He does body language, faces and noises.

His targets include Rapunzel (she with the long hair), a bored back-singer and a polite airhostess. Best of all is his parody of a stand-up comedian chatting away, the last totally in mime and not a word spoken

He has very long legs which allow for funny walks and imitations of birds and animals. He does quick characterisations: a chicken crossing a road, a self-milking cow, a sleeping dinosaur, a cat caterwauling.

His humour is very physical and very surreal.

A marriage between a man and a chicken takes place in a church. The priest asks if we know of any just impediment why the marriage should not go ahead and is slightly surprised when nobody objects.

I particularly liked the sheep which sheared his own wool and knitted a jumper and the chicken which stepped into the pan, as if she were having a bath, and then cooked herself.