Home / LIFESTYLE / REVIEWS > / FILM REVIEWS / Even if it holds few surprises, this is a powerful, beautifully made film based on real events 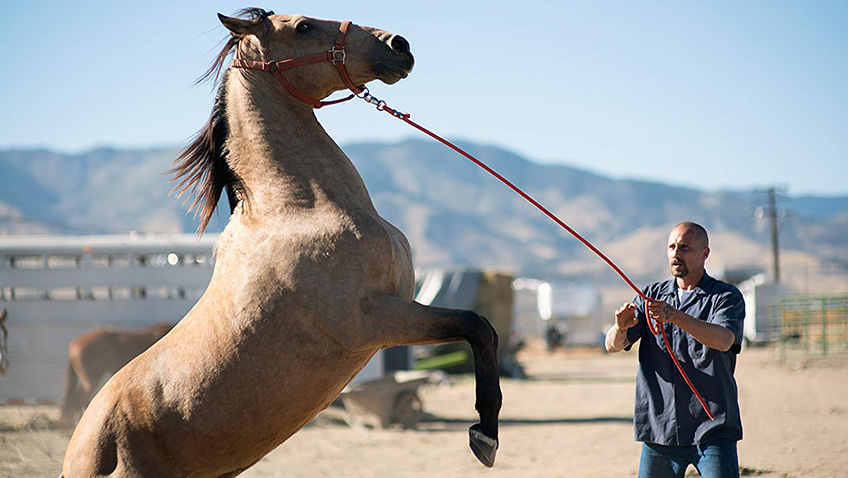 Even if it holds few surprises, this is a powerful, beautifully made film based on real events

At the beginning of The Mustang

, over a breath-taking aerial view of horses running across a vast expanse of prairie land surrounded by mountains, captions appear, as though we are watching a documentary. They inform us that the Bureau of Land Management manage some 100,000 wild horses across ten western states to ensure that overpopulation does not result in starvation and suffering. Some horses have to be euthanised if there is no room in open pens, but others are sent to prisons participating in a programme whereby inmates train the horses and prepare them for public auction. We later learn that most of the horses are purchased by the government to police the Mexican border, introducing a topical edge to a film that could well have been made as a documentary.

is based on an actual rehabilitation program in Carson City, Nevada. The film was shot at the correctional institution there, with a few of the prisoners who worked with horses appearing in the film.

The minute you read about the inmate programme and see hulky, taciturn Roman Coleman (Matthias Schoenaerts) being asked how he feels about being in isolation so long, you know exactly what the film is about and how it will pan out. It’s a man and his horse story. Both will be reformed and redeemed by one another.

That element of predictability is not the detriment it might seem, however, primarily due to the sincerity and verisimilitude in the telling and performances. Moreover, the story is not that clear-cut, and, though we never really learn about Roman’s crime, his horse training experience might be an interlude rather than the path to salvation.

That said, there are few surprises in this film, not even seeing 83-year-old Bruce Dern crop up as the programme’s crotchety supervisor. Dern is staging a comeback as the crotchety geezer to call when you need one. He has a cameo in the blockbuster Once Upon a Time in Hollywood and a supporting role in the upcoming quirky road movie The Peanut Butter Falcon. 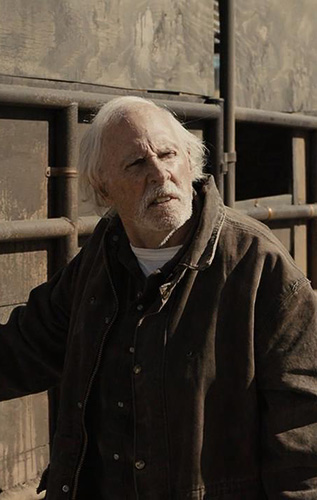 Bruce Dern in The Mustang

Nor are there surprises in French co-writer/director Laure de Clermont-Tonnerre’s choice of film or lead man. In Clermont-Tonnerre’s 2014 film, Rabbit a female convict is entrusted with a vulnerable rabbit to care for as part of her prison’s Pet Partnership Program.

It is a combination of Schoenaerts’ physique (accentuated by his shaved head and bulky prison attire); his comportment, impulsiveness, and mental vulnerability that give this film the flavour of Of Mice and Men. We feel the same sympathy and pathos for Roman as we do for Lennie, when he hits the horse in frustration and is kicked out of the programme, only to be readmitted for his handling of the horses in a thunderstorm.

The choice of leading man is doubly astute. In Schoenaerts’ breakthrough film, Bullhead, nominated for an Academy Award for Best foreign language film, he plays the eponymous central character who works for his family’s cattle farm and, while taking steroids himself, gets involved with the ‘hormone mafia’ that are injecting the cattle they are sold with illegal hormones to sell them as food. In The Mustang

, Roman, and his trainer friend Henry (Jason Mitchell), are coerced into smuggling Ketamine out of the stable block by a drug addict and in-prison dealer, Dan (Josh Stewart). In Roman’s case, he goes along with it to protect his daughter from harm.

It is the perceptive, wily, veteran horse trainer and programme director Myles (Dern) who takes Roman out of his job sweeping horse dung and puts him in the ring. Roman is assigned the rebellious, powerful mustang that Roman first notices when the animal is kicking at the walls of his equivalent to a prison cell: a claustrophobic metal pen. Both Myles and Henry encourage Roman, which bolsters the low morale of a man of whom no one expects anything but trouble. Roman responds and wants to repay the encouragement with results, but the horse, which he names Marquis (and pronounces Marcus), is even more guarded and unresponsive than Roman. He resents those who have brought him into captivity, and Roman must earn Marquis’ trust. 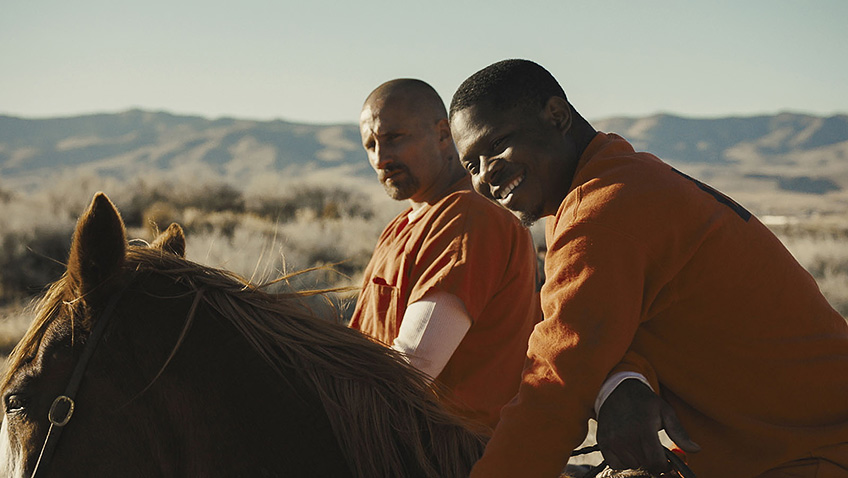 Matthias Schoenaerts and Jason Mitchell in The Mustang

Roman has already lost the trust of his estranged daughter, Martha (Gideon Adlon) who, heavily pregnant, pays Roman an unwanted surprise visit. She wants her father to agree to sell the family home so that she and her boyfriend can buy their own place out of state. Roman refuses, but he tells Martha and he has learned to ride and invites her to attend the auction to see him take Marquis through his paces to impress the buyers. When the day comes, he is like a little boy at a school play or football match, watching for the arrival of his parents.

If, in Michaël R. Roskam’s Bullhead, and for that matter, as the shepherd in Thomas Vinterberg’s Far from the Madding Crowd, Schoenaerts is more bovine than equine, here, in some heavy-handed symbolism, Clermont-Tonnerre has Roman imitating the caged Marquis’s kicks and grunts when he is thrown into solitary confinement. 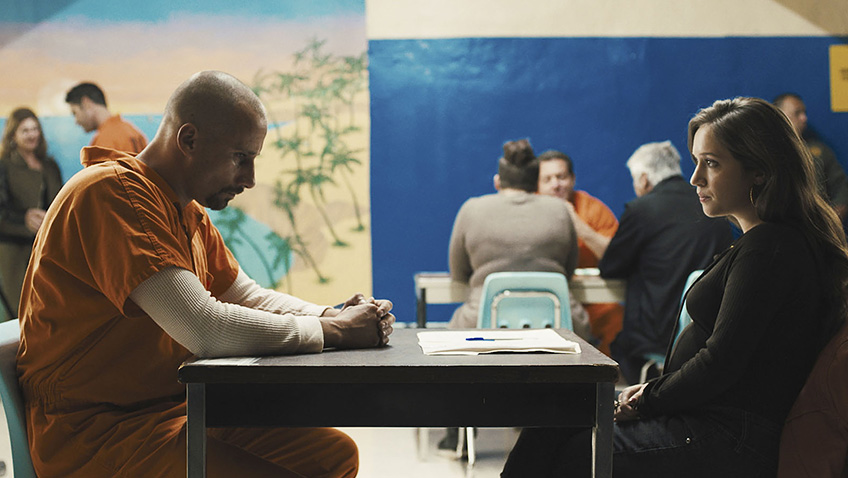 Matthias Schoenaerts and Gideon Adlon in The Mustang

But Clermont-Tonnere, co-writing with three others, including Mona Fastvold (who co-wrote Childhood of a Leader and Vox Lux) and Brock Norman Brock who co-wrote the script for Bronson with its director, Nicolas Winding Refn), no do not give Roman an easy ride. There are setbacks during the weeks of training and preparation for the auction. And, at the end, the satisfaction of accomplishment is tempered with inevitable loss.

The bonding between the two prisoners, animal and human, is moving and you might find yourself shedding a few tears. When, at the end, we see video-footage of the actual prisoners with their horses you can see in their faces how much they have invested in their charges, whose lives they may have saved, but that will not roam the western prairies again.