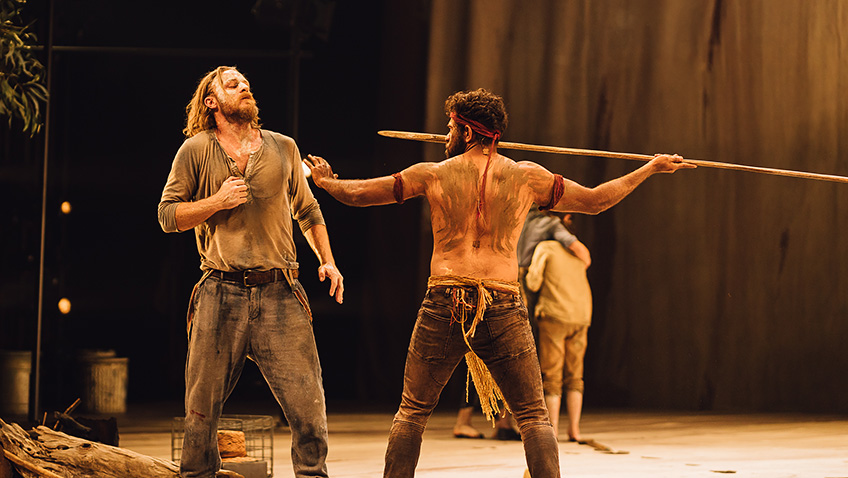 , Kate Grenville’s best-selling novel, written in 2005, has been adapted for the stage by Andrew Bovell. 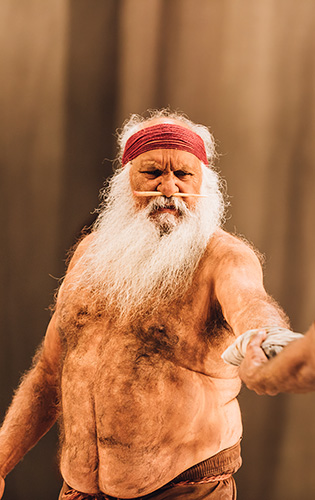 Major ‘Moogy’ Sumner AM in The Secret River

Stephen Curtis’ set, strikingly lit by Mark Howett, towers high and sets the mood instantly. The story is set in Australia in 1813 and 1814 and it is a story of genocide.

In 1806 London-born Will Thornhill (Nathaniel Dean), a married man with two young children, sentenced to be hanged for theft, is pardoned and transported to the colony of New South Wales.

His good Behaviour earns him another pardon and he ceases to be a convict. His homesick wife (Georgia Adamson) wants to go back to London. But Thornhill, yearning for respect and status, realises England will always think of him as a thief and that his best chance for a better life is to stay where he is and to become a farmer. The farm will make him rich.

Thornhill believing the land next to the Hawkesbury River is there for the taking, lays claim to 100 acres; but the land is already owned by and occupied by the Duhrang tribe.

Thornhill thinks, because the Duhrangs are nomadic and are constantly on the move, that they will go away and let him live there. The Dhurangs think he will go away. Matters come to a head when they steal his crop. His reaction is horrific.

Thornhill is essentially a decent chap. Sympathetically written (and sympathetically acted) he is totally unlike the other ex-convicts, who are portrayed as ignorant, drunken, racist brutes.

The strength of the performance comes from the Duhrang family being played by Aboriginal actors who speak in their own language. The production, which has a piano and a cello accompaniment throughout is, also notable for the uplifting Aboriginal singing.