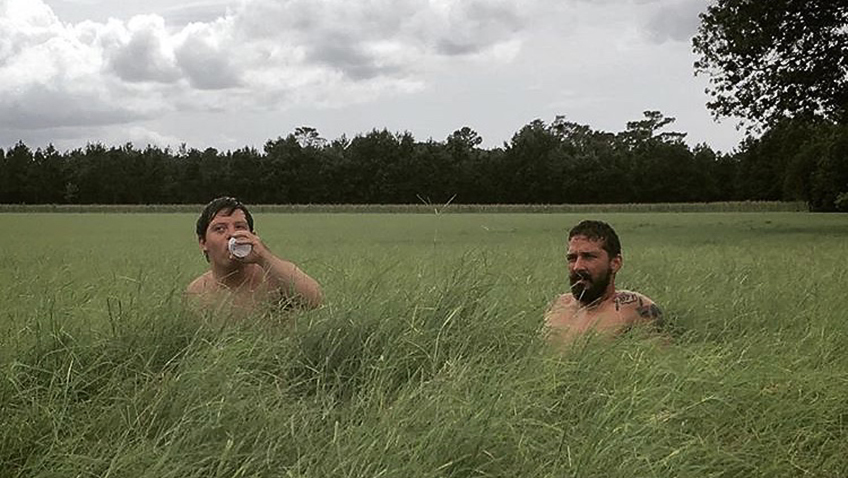 A cross between Little Miss Sunshine (and sharing two of that film’s producers), Rain Man and Huckleberry Finn, this unabashedly feelgood, comedy distinguishes itself for being created for its eponymous star, an actor with Down’s Syndrome. First time writer-directors Tyler Nilson and Michael Schwartz met the talented Zack Gottsagen at a camp for disabled actors and concocted a story in which art imitates life for this aspiring actor. Gottsagen plays Zak, a 22-year-old orphan who dreams of becoming a wrestler.

Zak lives in a nursing home in North Carolina where he is looked after for by Eleanor (Dakota Johnson), a wealthy and compassionate altruist who cares for Zak so that he is not institutionalised. But Zak is now an adult and he dreams of leaving the home to meet his wrestling hero, ‘the Salt Water Redneck’ (Thomas Haden Church) and take lessons from him. Although Zak has always shared a room with an elderly patient, he lucks out with Carl (Bruce Dern) an irreverent prankster who helps Zak escape through a window by greasing his near naked, corpulent body.

Parallel to this incident, Tyler (Shia LeBeouf) a fisherman who has gone off the rails since the death of his brother for which he feels responsible, is getting into trouble. Unable to make a living because he lacks a licence and boat, he steals from local crab fishermen. One day, after being prohibited from selling his stolen crabs, he retaliates by burning equipment owned by fishermen Ratboy (Yelawolf) and Duncan (John Hawkes) who witness the arson.

While making his escape, he meets Zak, still in his underwear, and intervenes when Zak is abused by local kids. This incident tells us that while Tyler is a loose cannon, he has a kind heart, particularly for another underdog. Although they want nothing to do with one another, circumstances throw them together. 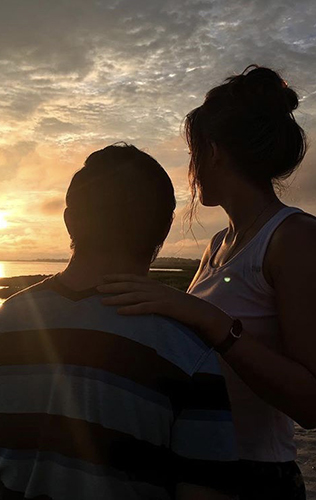 Dakota Johnson and Zack Gottsagen in The Peanut Butter Falcon

At first, it is obvious that Zak, who has never spent a day on his own, needs Tyler a lot more than Tyler needs Zak. But after meeting Eleanor, who is looking for Zak, and realising that Zak is fleeing just like him, he agrees to accompany the young man to the wrestling school on his way to Florida.

There is a winning chemistry between LeBeouf and Gottsagen, who play off one another in a predictable, but warm and charming way. Tyler has no use for Zak, who walks slowly and is ill equipped for life on the road, but Tyler craves company and, as a vague flashback suggests, is haunted by guilt over the death of this brother. He seems to enjoy playing the big brother he lost to the little brother that he used to be.

Zak is eager to learn, but still conditioned to believe he is inferior and limited by his disability. Tyler refuses to recognise the younger man’s limitations or treat him like a child because of his disability. He teaches Zak to swim and dares him to discover all that he is capable of. The soaring feelgood factor in these scenes is tempered by the performances and wondrous scenery.

The story becomes contrived, even beyond the road-trip, buddy movie format, when Eleanor joins them on their trip. Of course, we know that by now, she is attracted to Tyler and intrigued by how happy, independent and capable Zak has become. She is as surprised as is Zak by how he has grown with his newfound independence, and maybe it’s Eleanor’s turn, too. She glances at Tyler like a single mother with a problem child conscious that the unlikely man in front of her is not only dishy, but good father material. 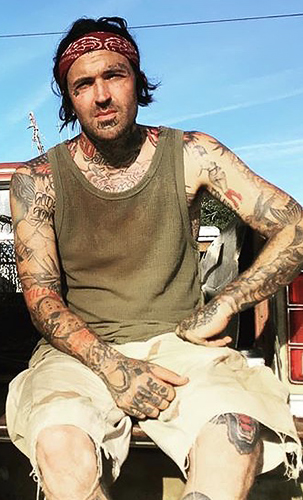 Yelawolf in The Peanut Butter Falcon

Unfortunately, too, Ratboy and Duncan catch up with the fugitives and threaten their venture. But along the way, we have seen Tyler help Zak with his wrestling and, with his wrestling persona. Zak is transformed into the Peanut Butter Falcon for reasons that become clear when you go see the film. It is a reasonable bet that Zak and Tyler, having come this far, are not going to let Ratboy and Duncan stop them.

The title is a dead giveaway that this is going to be a quirky film, and the beginning and ending are particularly so. The feelgood factor is, at times, too conspicuous and the plot is as predictable as the characters are transparent. But the central performances are delightful, particularly when you realise that it was during principal photography that Shia LeBeouf was arrested for public drunkenness, disorderly conduct and obstruction. He was fined, forced to take an anger-management class, and put on probation.

LeBeouf’s bad boy, lawless side feeds into the role of Tyler and makes his background credible, although even for a newly liberated woman who has a lot of living to do, Eleanor’s attraction to him is a leap of faith.

The background to LeBeouf’s anger management problems, as opposed to Tyler’s, is the subject of the film, Honey Boy, written by LeBeouf, that will be released in early December.