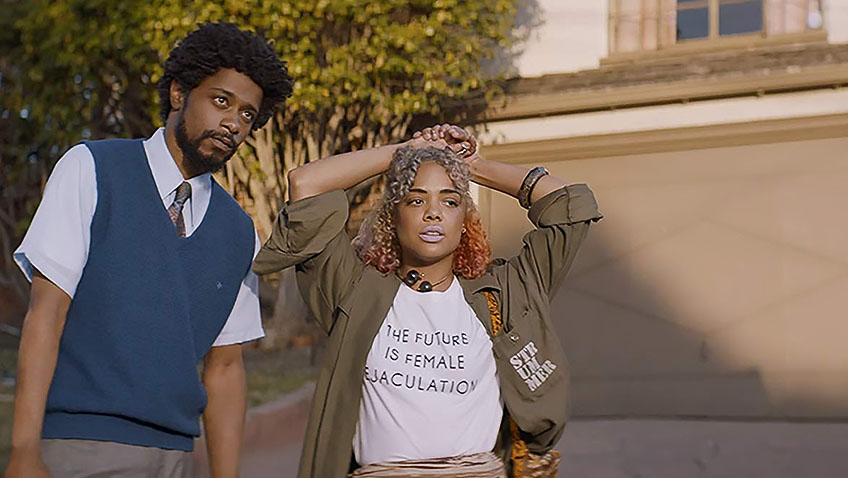 The Chicago-based rapper, producer, scriptwriter and director Raymond Lawrence (‘Boots’) Riley is a talented guy born into an admirable family of activists and social reformers. Although his father and maternal grandfather are African-American, his maternal grandmother was a German Jewish refugee from Nazi Germany. This heritage certainly gives Boots firsthand knowledge of discrimination and all manner of social injustice. What’s more, Riley grew up in Detroit and Oakland (home of the Black Panthers), two cities that are particularly associated with police brutality against African Americans.

Riley’s directorial feature film debut, staring the affable Lakeith Stanfield as Cassius ‘Cash’ – Green opens with such a hilarious and engaging cluster of scenes that you can only be disappointed in its evolution. Riley’s surreal, imaginative visuals make Sorry to Bother You

a Sci-Fi satire with a difference, but the story cannot keep pace and ends up losing the viewer in self-indulgent tedium.

Given Cash Green’s name, there are no prizes for guessing that this is going to be a social satire against the capitalist system. Cash lives in his middle-class uncle Sergio’s (Terry Crews) garage, and when the automatic door accidentally opens early one morning, the whole street has a ring-side view of Cash and his vivacious artist girlfriend, Detroit (Tessa Thompson, Thor: Ragnarok, Selma) in bed. While the makeshift digs are not really fit for human habitation, Uncle Sergio threatens Cash with eviction as he’s four-months late on his rent.

At this point ads for a creepy company called WorryFree are looking attractive to Cash. The company is offering free lodging and board and no more bills to worry about in exchange for a lifetime contract. All of Cash’s problems could disappear in one signature on a Faustian pact. While the nature of the work is mysterious, a radical group called ‘The Left Eye’ is attempting to draw attention to the legal implications of what is effectively slave labour through peaceful protests which a crooked police force quells. Viewers will quickly catch onto the links between modern slavery and the experience of African Americans in the 19th century. 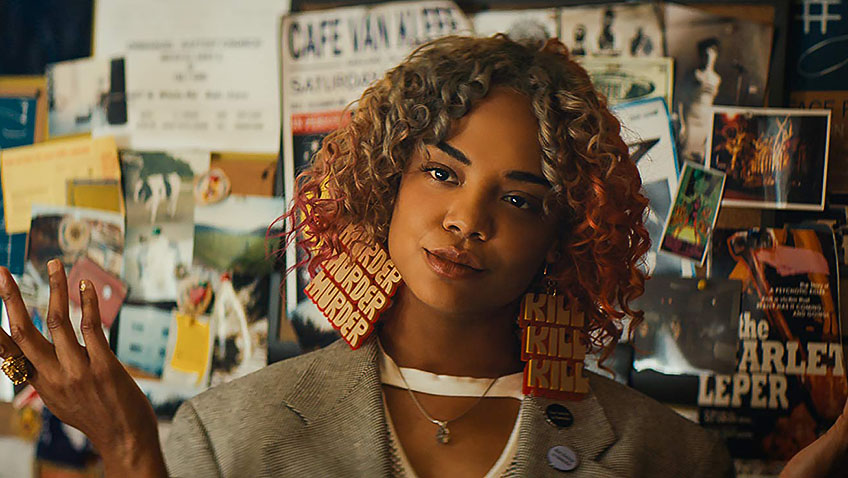 Tessa Thompson in Sorry to Bother You

Just as Sergio is threatening to put Cash and Detroit on the street, Cash attends an interview with the RegalView telemarketing company. The joke here is that despite catching Cash padding his CV and lying about jobs he never had, the interviewer is impressed and hires him. ‘You know what this bootleg trophy shows me?’ he asks a bemused Cash, referring to a ridiculous phoney prop that Cash produces to impress the interviewer? ‘You have initiative and you can read.’ As long as Cash can read the company motto, ‘stick to the script’, he’ll do well.

But Cash is not doing well. Most people hang up on him. Langston (Danny Glover), an older African American colleague sitting next to Cash, takes pity and tells Cash to speak with his ‘white voice’. Cash’s natural voice conveys none of the relaxed, reassuring affluence that the potential clients respond to. After getting the hang of this white voice (provided by David Cross) within a short time Cash is singled out for promotion, and feeling good about himself.

Promotion means Cash will become a ‘Power Caller’ and go to work on the floor above with a big raise, a posh suit and new colleagues, leaving Detroit (who now works for RegalView) and his friend Sal (Jermaine Fowler) to join the protests with union activist Squeeze (Steven Yeun). While Cash is happy to go along with the protests, his promotion creates a rift between Cash and his colleagues – including Detroit. 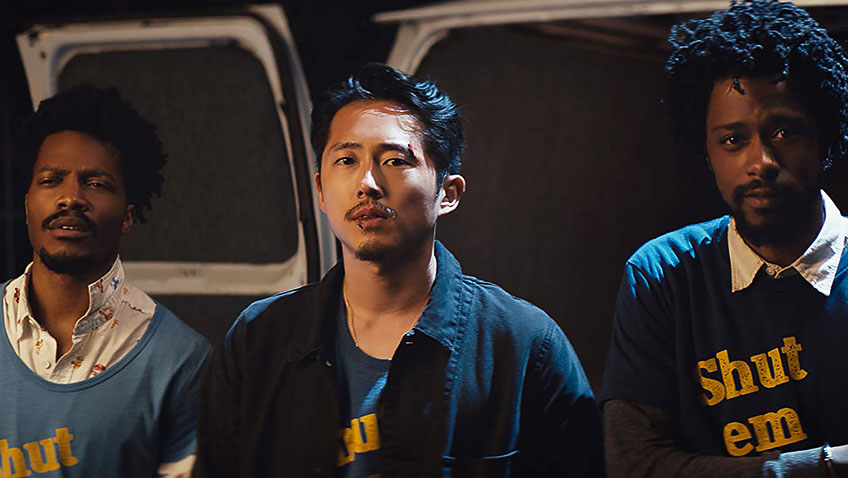 Jermaine Fowler, Steven Yeun and Lakeith Stanfield in Sorry to Bother You

Initially uncomfortable with the new job (his suits become increasingly corporate), Cash soon acquires the sports car and stylish new apartment that go with the big pay cheque. He is doing well enough to be invited to a party with none other than Steve Lift (Armie Hammer, Call Me by Your Name), the CEO of WorryFree. Lift offers Cash a line of cocaine – or is it? – and a 5 year job that is a tad experimental and worrying to say the least. When Cash heads for the men’s room and opens the wrong door, is he hallucinating or is he really seeing men with horse’s heads in the toilets? 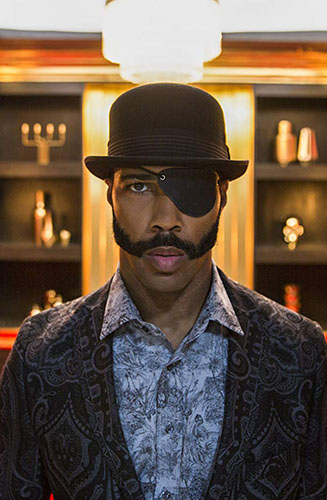 Omari Hardwick in Sorry to Bother You

This is where Sorry to Bother You turns into a very dark psychedelic Sci-Fi comedy (bordering on horror) that stops being funny and starts spinning its ideas into the ground.

The ‘white accent’ is reminiscent of Spike Lee’s Blackkklansman, the true story of a black undercover officer who infiltrates the Klu Klux Klan using a ‘white’ voice. In Ron Stallworth’s 2014 book

about his undercover work he relates the episode in which the real David Duke brags to him that he can always recognise a black man’s voice.

WorryFree represents the capitalist society that will never offer ordinary people a fair deal and will stop at nothing to create value for shareholders. The company is not only led by a megalomaniac without a moral compass but has no controls other than the attempts of citizen protesters. It is always important to remind people of the dangers of capitalist excess and of buying into a corrupt system, but the second half of Sorry to Bother You

not only hits you over the head with the message, but fails to develop the concept beyond the obvious.

As Cash regains the moral high ground you hope that the film will regain its sense of fun, but the individual’s battle against the system resumes in a flurry of youth protests, social media and television talk shows, somewhat reminiscent of the chaotic style of the recent social satire Assassination Nation.