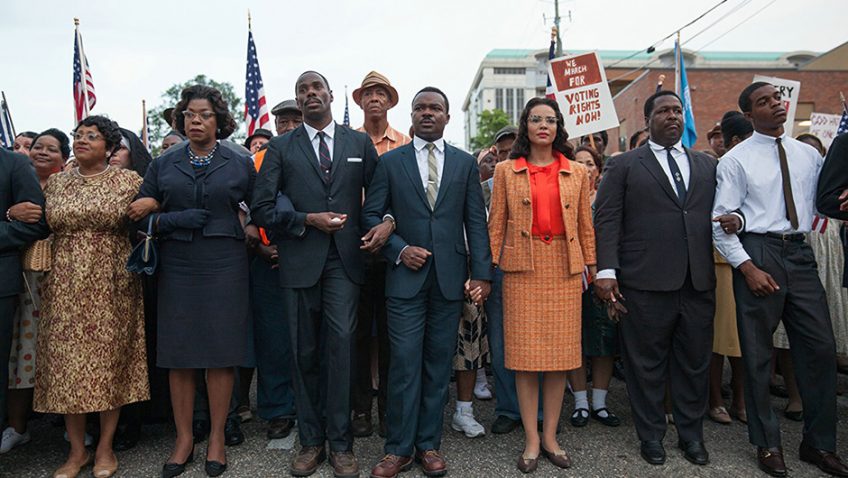 So much history and atmosphere with admirable performances

, Ava DuVernay, when he made his Oscar-nominated documentary 4 Little Girls. That magnificent film was about the racially motivated murder of four African-American girls in a Birmingham, Alabama Church on 15 September 1963. Both Afro-American directors were born in the South, but Lee is now a New Yorker while DuVernay was raised, and now lives in California.

The 1963 murders are juxtaposed with Martin Luther King Jr’s acceptance of his Nobel Peace Prize a year later in the opening of DuVernay’s quietly explosive drama. The film then includes another seminal incident in the American Civil Rights Movement, the protest march over voting rights in Selma, just 92 miles away, and two years after, the murder of the school girls.

One of the strengths of Selma, co-written with Paul Webb, is that it is less a biopic of Martin Luther King, than a powerful snap-shot of a nation torn apart by racial conflict 100 years after the American Civil War. The town of Selma becomes a microcosm of the entire Civil Rights Movement.

We have the courageous individual enduring racial abuse while attempting to register to vote: represented by Annie Lee Cooper (Oprah Winfrey). We have the law-abiding Baptist Deacon and Civil Rights activist Jimmie Lee Jackson (Lakeith Stanfield) who is beaten and fatally shot. We have the racist Alabama State Trooper who shoots Jackson for nothing more than participating in a peace march. The real State Trooper received just six months in jail. Jackson was inspired by King to join the struggle in Selma and paid with his life.

While Selma is the magnet that draws the characters to it for most of the film, back at the White House, Lyndon B. Johnson is stalling for time. He is no match for King, at least on a moral platform. King delivers a brilliant argument that while voting is allowed in theory, in practice it is all but impossible for African Americans to vote in Alabama. He wants Johnson to pass urgent legislation making the bullying and red-tape tactics illegal.

Alabama Governor George Wallace (played as the smug, sleazy hustler he was by an inspired Tim Roth) also pays President Johnson a visit. While he advises the President not to back the legislation or the marches, Edgar J. Hoover (Dylan Baker) tells Johnson that King is a ‘political degenerate’ who is a danger to national security. ‘Yes’, responds Johnson, ‘but he is a non-violent one.’

As the film touches on King’s private life with his long-suffering, ever supportive wife Coretta Scott King (Carmen Ejogo), so it shows us how King’s calm, courage and sharp intelligence masked a fear that every speech might be his last. We also see how King and his advisers used the media, and the police force’s outrageously disproportionate violent tactics to force Johnson’s hand. Everything leads up to the now famous Edmund Pettus Bridge, the scene of the powerfully staged stand-off when King dramatically turns back his fellow activists. He does so to save lives, but many activists are angry. 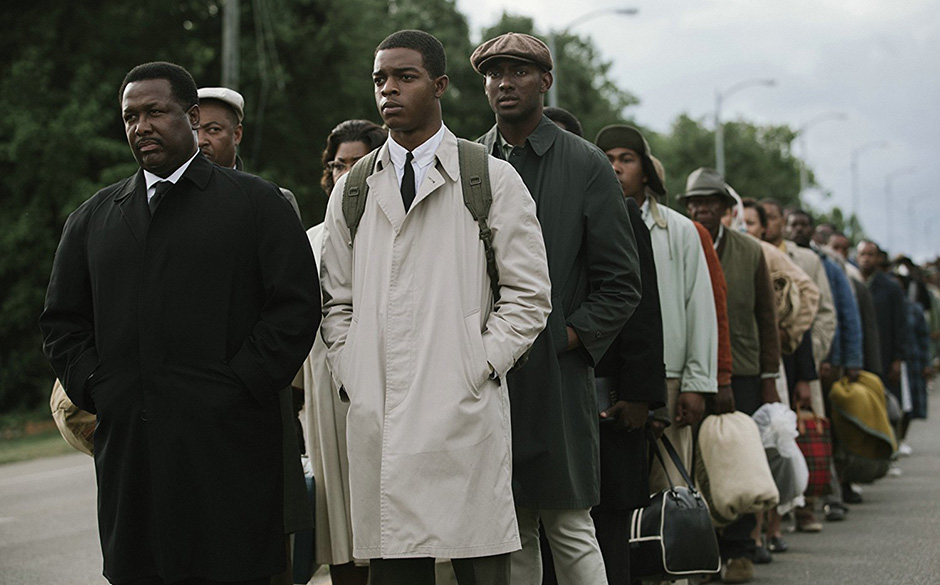 As Johnson goes before the Joint Session of Congress to pass the legislation demanded by King, the march finally goes ahead with no opposition. People have come from all over America to join the march. This show of ethnically and professionally mixed citizens, including clergy, doctors and lawyers, white and black, attracts the media in force giving impetus to the Civil Rights Movement.

DuVernay deftly adds archival footage of the police brutality, the march and of King’s speech at the State House in Montgomery to her film, enhancing its authenticity. She also makes the wise decision to end the film before King’s assassination, relying on our knowledge of this imminent tragedy to provide the emotional context for King’s actions and the Montgomery speech.

has any faults it is that the dialogue is occasionally imbued with the gift of hindsight and a touch of the expository. DuVernay has a tough job, though, to fit in so much history and atmosphere. Still, the film, and particularly David Oeylowo’s nuanced performance, are all the more admirable when we know that King’s children refused to grant the producers the rights to use any of King’s (still copyrighted) speeches. Apparently, they preferred a more lucrative deal with Stephen Spielberg.

While this self-interest might be expected, no one can figure out why DuVernay, and especially Oeylowo, were not nominated for Academy Awards. Oeylowo’s intelligent and nuanced performance, though far more cerebral than physical, is as good as Chiwetel Ejiofor’s in last year’s 12 Years a Slave. It is also a match for any of this year’s nominee’s. His absence from the list is one of those unfathomable injustices –like Ang Lee’s masterpiece, Brokeback Mountain losing to Paul Haggis’s schematic Crash in 2005. Injustice takes on many forms, even in Hollywood and London today.