Home / LIFESTYLE / REVIEWS > / DVD REVIEWS / I wonder what John Ruskin said when he heard Effie Gray was taking him to the divorce court? 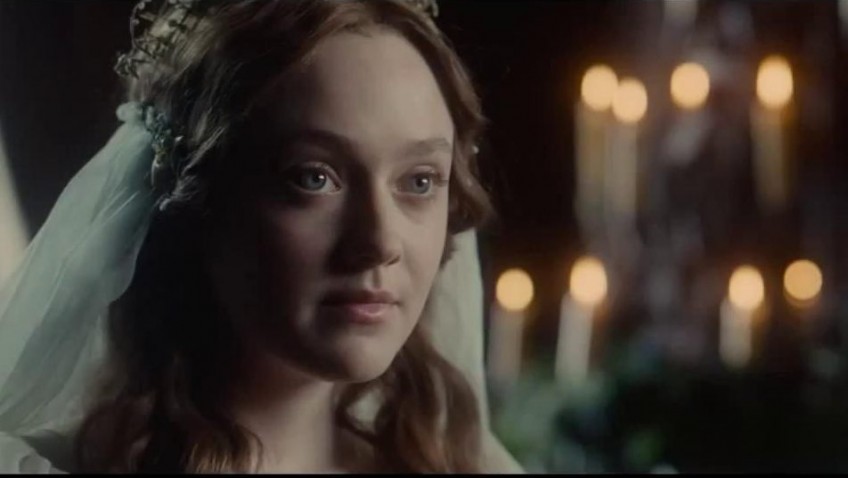 I wonder what John Ruskin said when he heard Effie Gray was taking him to the divorce court?

EFFIE GRAY (Metrodome). Costume drama is Britain’s forte and Emma Thompson’s sensitive adapation is a very tasteful account of a notorious Victorian scandal that has been filmed, staged and televised many times.

Art critic John Ruskin (Greg Wise) married Effie Gray (Dakota Fanning, who looks like a pre-Raphaelite beauty); but he never consummated the marriage. She became ill. The doctor knew what she needed to recover.

The marriage was annulled in 1854. The film stops before she married Ruskin’s protégé, John Everett Millais (Tom Sturridge) and made up for lost time and bore him eight children.

FURY (SONY).Tank warfare in World War 2: a lot of people are going to die before the film is over. Combat is a dirty business. The nastiest scene is when a war-weary, brutalised sergeant (Brad Pitt) forces an innocent young man with a conscience (Logan Lerman) to kill a German who has surrendered.

The more realistic David Ayer’s film is, as when the tanks are advancing on the enemy in the woods, the better it is. Mostly, however, it’s just an action movie and the finale – 5 Americans versus 300 Germans – is so over the top it is impossible to take it seriously.

WILD RIVER (Eureka). The Tennessee Valley Authority in the 1930s is going to flood the area. Elia Kazan’s film, released in 1960, takes its strength from 41-year-old Jo Van Fleet’s amazing and magnificent performance. She plays a proud and formidable 80-year-old woman who refuses to leave her home.

The film’s weakness is the love interest between the TVA agent (Montgomery Clift) and her widowed granddaughter (Lee Remick). A major problem is that you can tell that the miscast and lifeless Clift is not remotely interested in Remick. She is doing all the acting for them both. Clift was never the actor he has once been after he had a serious car accident which disfigured and aged him.

The story never is. Director Michael Winner and lot of well-known actors (such as Diana Dors, Kathleen Harrison, Freda Jackson and Finlay Currie) can do nothing with it.

(Did you know a room in Notting Hill in the Swinging Sixties cost just £2.10 a week?)

MANUELA (StudioCanal). An alcoholic skipper (Trevor Howard), who feels he is growing old and doesn’t like it, becomes infatuated with a 17-year-old stowaway (Elsa Martinelli) who is very beautiful. He neglects his duties and the ship catches fire.

Pedro Armendariz is cast as a jealous rival who is a big softie at heart, but who is quite liable to get quite murderous when he is angry. This British melodrama, directed by Guy Hamilton in 1957, would probably seem more convincing if it were acted in Italian.