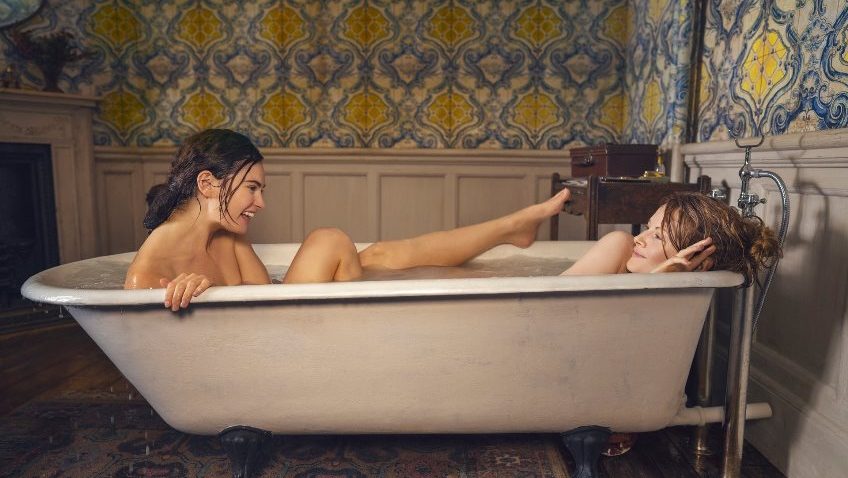 THE PURSUIT OF LOVE (BBC iPlayer). Emily Mortimer writes and directs this mini-series adaptation of Nancy Mitford’s novel which follows the lives of an upper-class British family in the inter-war years. Lily James is the highly strung, highly unsympathetic Linda, who falls in love with a wealthy banker, an ardent communist and a sexy French Duke (Assaud Bouab). There is a scene-stealing performance from Dominic West as Linda’s eccentric father who hates everybody, especially foreigners. Emily Beecham plays Linda’s decent cousin. Their relationship (unstated lesbian) takes centre stage. The production, three one-hour episodes, grows on you.

THE BATTLE OF THE RIVER PLATE (BBC iPlayer). Emeric Pressburger and Michael Powell’s last film together was, commercially, their most successful one. In 1939 German pocket battleship Admiral Graf Spee takes refuge in neutral Uruguay in Montevideo Harbour. The Germans comes out of the story well. Captain Langsdorf scuttles the ship rather than surrender and saves lives on both sides. Lots of well-known actors give totally anonymous performances.