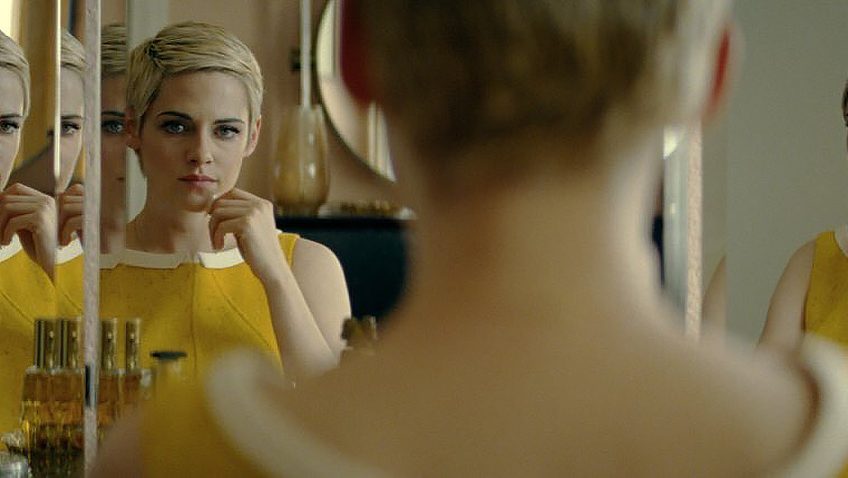 A fascinating, but flawed look at the FBI vs actress Jean Seberg

How did a pharmacist’s daughter from Marshalltown, Iowa become the only Joan-of-Arc to be burnt at the stake twice; the poster girl for the French New Wave cinema; the lover of civil rights activist Hakim Jamal and the target for J. Edgar Hoover’s COINTELPRO surveillance operation? These questions are answered in Australian director Benedict Andrews’ fascinating, but flawed biopic, which draws parallels between the scrutiny and exposure of movie cameras and surveillance cameras. Andrews avoids the pitfalls of a cradle to grave biopic by focusing on the period 1968-1971; but by devoting so much screen time to a fictitious FBI agent (Jack O’Connell), the depth and breadth we expect is never more than superficial.

It was not Otto Preminger’s ill-fated Saint Joan in 1957 that made Seberg’s (dead ringer Kristen Stewart) name. And while their second collaboration hardly fared better, it brought 19-year-old Seberg to France where she became a star in his Jean-Luc Godard’s 1960 masterpiece, A Bout de Souffle (Breathless). There’s a great moment in the film where the FBI’s newly recruited bugging expert Jack Solomon (O’Connell), intent on learning about Hoover’s new target, is watching Breathless.

Suddenly Seberg’s character is looking through the TV monitor at him while running her index finger around her lips, vacantly drawing out the syllables in the word degueulasse – French for disgusting. Shots of the perfectly cast Seberg looking in mirrors abound, as do the shots of women (look out for the prostitutes putting on lipstick in the FBI surveillance van’s dark window) being watched.

Fast forward eight years from Breathless to the Paris riots of 1968, juxtaposed with archival footage of the Oakland, California civil unrest following the assassination of Martin Luther King Jr. Seberg, now 30, is saying goodbye to her (second) husband, the WWII aviator, celebrated author and former French Ambassador to Los Angeles, Romain Gary (Yvan Attal) and their son Diego (Gabriel Sky). She is off to work in L.A. and the couple agree that Diego is better off in Paris.

On the flight with her manager, Seberg displays little hope or enthusiasm for landing the lead female role in ‘The Western Musical,’ Paint Your Wagon. The frivolity of that concept is brought into sharp contrast with the entrance of activist Hakim Jamal (Anthony Mackie) accusing the stewardess of racism for depriving his cousin Malcolm X’s widow the seat she deserves in first class.

Seberg jumps up to offer them her seats, and then introduces herself. ‘I know who you are’, Jamal says so emphatically that it will dawn on Seberg that he staged the whole drama to meet her. Jamal is already fundraising for his school in the ghetto of Compton. He needn’t have bothered; Seberg is committed to the cause.

If Jamal knows who Jean Seberg is, the FBI is about to. Hoover is obsessed with destroying the Black Panthers and when Seberg disembarks, she seals her fate by joining Jamal and an awaiting crowd in a black panther salute. But it is not just the press snapping photos; so are FBI operatives, bemused at the scene. But as Jack informs his immediate superior, Carl Kowalski (Vince Vaughn) and their boss, Frank Ellroy (Colm Meaney) ‘Seberg ‘has a history of donations to civil rights groups and joined the NAACP at the age of 14.’

As the investigation turns into a witch hunt, Kowalski turns into a cartoonish arch-villain and misogynist, suggesting that his campaign to ‘embarrass’ Seberg is personal. In a chilling dinner party scene, Solomon and his medical student wife Linette (Margaret Qualley) are disturbed by Kowalski’s tyrannical interaction with his wife and daughter (who has a Seberg haircut). All this is redundant as the FBI documents which Andrews had access to and the facts speak for themselves. 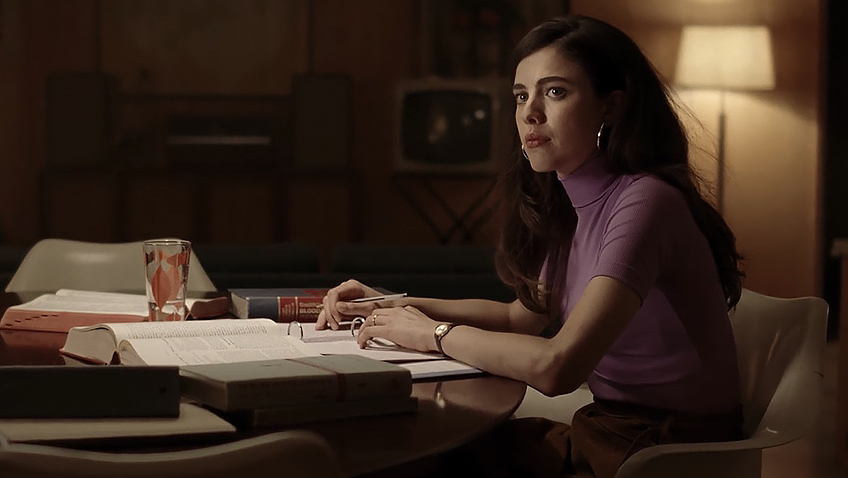 Lonely in her stunning, LA chic villa with glass walls opening to a large swimming pool, Seberg impulsively drives her yellow convertible to Compton. ‘You must be some kind of crazy,’ an amazed Jamal greets her; ‘to come to this house, in this neighbourhood, in that car – with that face.’ Jamal is worried about racial tensions and Seberg’s husband. Very soon he will be aware of the greater danger: their love making that fateful night is being recorded in a van outside Jamal’s house.

The FBI will not only play the tape over the phone to Jamal’s wife, Dorothy (Zazie Beetz), but when, in 1970, Seberg subsequently gets pregnant by a student revolutionary on the set of Macho Callahan in Mexico, the FBI start a false news campaign stating that the baby is Jamal’s.

The FBI’s heinous plot to drive a wedge between Jamal and the Panthers, between Dorothy and Jamal and Seberg and Gary works so brilliantly that it drives the already unstable Seberg to barbiturate-popping paranoia. Even Jack Solomon suddenly gets a conscience – or he may be falling in love with his target. The script, by Joe Shrapnel and Anna Waterhouse, gets rather silly with this parallel conceit. Worse, it distracts from the more interesting point about the collateral damage of what Dorothy Jamal calls (white) ‘tourism’.

Marlon Brando was a big benefactor, as was Jane Fonda, and Jamal and Dorothy are stunned when Seberg casually writes a cheque for $5,000 (equal to about $30,000 when adjusted for inflation) for their school. She then hosts a fundraiser where Hollywood A-listers mix with the Black Panthers and Jack jumps out of the van to play cocktail waiter when their wiretap is obstructed.

Andrews is interested in making a kind of 1970’s noirish thriller like The Conversation. Romain Gary, a filmmaker and script writer in his own right, who committed suicide a year after Seberg’s suspected suicide in 1979, opted to bear witness to the West Coast radical chic political movement, the drugs, the fist salutes and the politics of colour in his book White dog

The film sidelines Gary and these issues and lets the sympathetically drawn Jamal off the hook (see Diana Athill’s memoir: Make Believe: A True Story

). But we are treated to an enthralling fashion show in Stewart’s gorgeous period outfits (Chanel and Michael Wilkinson) and given a real feel for Los Angeles with Rachel Morrison’s (who, ironically, shot last year’s Black Panther) atmospheric cinematography. And it does allow Andrews to try his hand at an effective Call Me by Your Name ending here the song is Nina Simone’s potent cover of Bob Dylan’s Tom Thumb’s Blues.