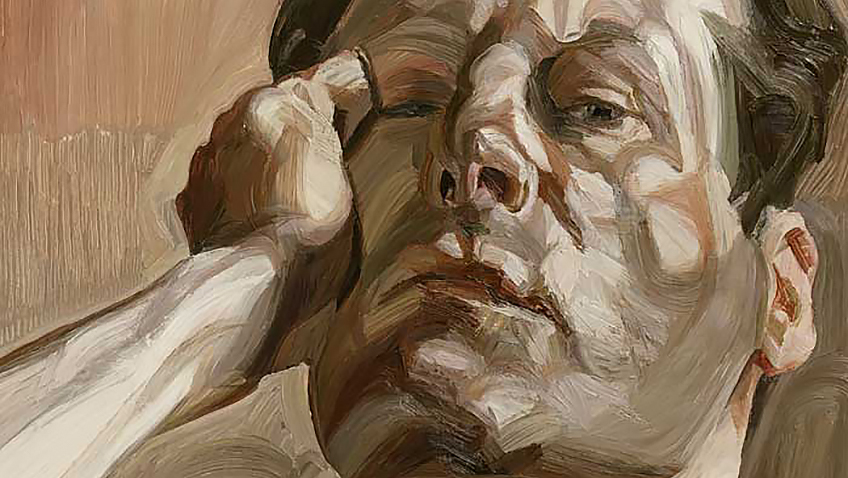 The portrait artist as subject: Lucian Freud’s place in history

Following their ambitious, country-hopping tribute to the genius of Leonardo di Vinci on the occasion of the 500th anniversary of his death (Leonardo: The Works), Seventh Art Productions has narrowed their scope – but not as much as you might think, according to the film’s thesis – to the Lucian Freud self portrait exhibition at the Royal Academy. The majority of the experts commenting in the film, including Jasper Sharp, adjunct curator at the world famous Kunsthistorisches Museum in Vienna, and the former Artistic Director of the Royal Academy, Tim Marlow, consider Freud part of the continuum of the old masters he emulated, including Dürer, Titian and Rembrandt. And in this show, the first exhibition in the world of Freud’s self portraits, some 50 portraits are displayed, chronicling the artist’s life and artistic development in a way he never would have seen. 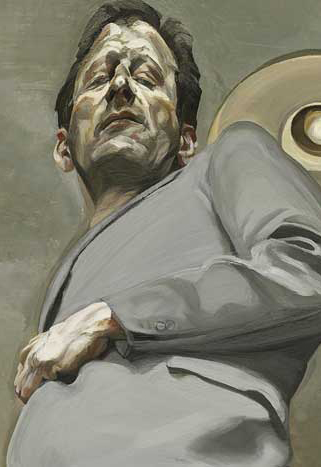 The film comes at the end of the RA’s exhibition (26 January) which is unfortunate, as it is the perfect complement, helping to put the works in context. On the other hand, the film is designed to stand alone, and a generous and representative selection of the portraits are beautifully shot (in part by director/co-writer/editor David Bickerstaff), allowing just the right amount of time to take in the respective work.

The film begins with Freud himself, not long before his death, fidgeting with a scarf around his neck, and confessing: “I wanted to shock and amaze”. This sounds less like a boyish boast than a pathological need for a man with a strong ego, sex drive and work ethic – he had no work/life balance. Many of the anecdotes and information about Freud’s studio life in the documentary come from his long serving studio assistant, model and painter in his own right, David Dawson’s 2010 memoir Inside Job: Lucian Freud in the Studio

. Dawson, who is a co-curator of the exhibition tells us that Freud chose sitters for their punctuality and their company, engaging in conversation with them to keep them coming back, as he painted very slowly in his “day” and “night” studios.

Freud’s grandfather, Sigmund Freud, would have had a field day analysing Lucian, born in Berlin in 1922. He was 17 in 1939 and sure of his vocation when Sigmund died in London, where the family had sought refuge from the Nazis.

After being expelled from Dartington Hall School in Devon, and Bryanston School for disruptive behaviour, he enrolled in The Central School of Art, where he lasted a bit longer. He was happier studying under the painter Cedric Morris’ school in Dedham, where Morris’s influence is evident in Lucian’s early work.

After being invalided out of the merchant marines, Freud returned to war time London and moved into a flat in St John’s Wood with the painter John Craxton. After travelling in Greece with Craxton, and spending time in Paris and Ireland, Freud made London – and particularly his studio – his home for the rest of his life.

When the early, enigmatic self portrait, Man with a Feather is shown, Lucian is seen in a film chatting with Picasso’s biographer John Richardson, who brings up the apposite topic of surrealism. We note that Freud’s earlier work’s were influenced by German expressionism and surrealism, as well as Morris. The Man with a Feather and Man with a Thistle (another self portrait), both painted with sable brushes in muted tones with strong line drawings, juxtapose plants, animals and people in unexpected arrangements, encouraging us to characterise Freud as a surrealist. 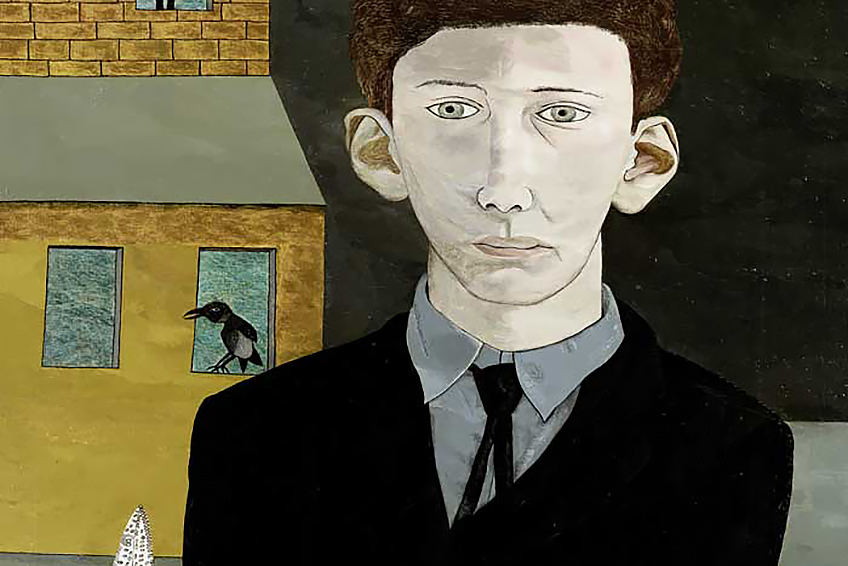 In the 1950’s Freud’s style changes dramatically as he focuses on portraiture with a heightening of reality that John Richardson refers to as Freud’s drive to make things more real. The key model during this phase of wide-eyed sitters is Freud’s first wife, Kitty Garman (the illegitimate daughter of the sculptor Jacob Epstein). Girl with the Kitten, painted just before their marriage, sounds like a loving play on her name. But Kitty is holding the scrawny animal by its throat, in a tight grasp as though Freud is already feeling hemmed in. We learn that Freud often painted self portraits after the breakup of a relationship which might account for their unusually large number.

Certainly, this heightening of reality is present in the famous Hotel Bedroom of 1954, arguably the first great picture in the exhibition. Here Freud is silhouetted in dark grey clothing, squeezed between a bright Parisian hotel bedroom window (the building opposite still exists) and a large, white-sheeted, foregrounded bed. Here lies his new bride (the two eloped) Lady Caroline Blackwood, eyes open, hand to her face. Forced marriages aside, seldom have two newlyweds looked more miserable together in the same hotel room. The marriage was annulled in 1958.

When the talking heads mention Freud in the tradition of Picasso (who Freud met in Paris in 1946 and from whom he learned the need for self-discipline), you cannot but consider this comparison extends to his treatment of women. Just as Dora Maar seems to have side-lined her career after meeting Picasso, so did Garman who was an art student when she met the handsome, charismatic Freud. Although the poet Robert Lowell (Lady Caroline’s third and final husband) described his wife as “a mermaid who dines upon the bones of her winded lovers”, here it was the ravenous Freud who is so quickly satiated. Lady Caroline resumed her literary career.

In Freud’s mature style, which is instantly recognisable as much freer, he used large hog’s hairbrushes, and textured and coloured the flesh with thick paint and impasto. By the time we get to his Self Portrait Reflection of 2002, Freud’s face is almost a sculpture, and the mirror is fogged with thick layers of paint.

Some of the best paintings in the exhibition are large nudes, including a wonderfully forceful – and yes, shocking – full length portrait of his adult son, where Freud’s presence is less apparent and fragmented. This reflects the reality of the subject and painter relationship and Freud’s place in his west London home/studio. The creator appears as a shadow; two feet on the side of a bed, or a reflected head. In a clothed double portrait, Father and Son, Freud is represented by two tiny self portraits on the floor, with a beautiful city scape of west London visible through the window beyond

Of course, this fixation on reflection and on the artist’s presence in his work, is meant to cement the connection to the old masters, including Velasquez’s Las Maninas, in which the artist incorporates himself in his court painting of the Queen and King. Jasper Sharp, who stresses how Freud was aware of tradition and challenged it, claims that Freud’s great achievement is to have us look at Rembrandt’s portraits (and all the old masters) anew and see them in a different way.

You can find screening’s for the film on the Exhibition on Screen website.