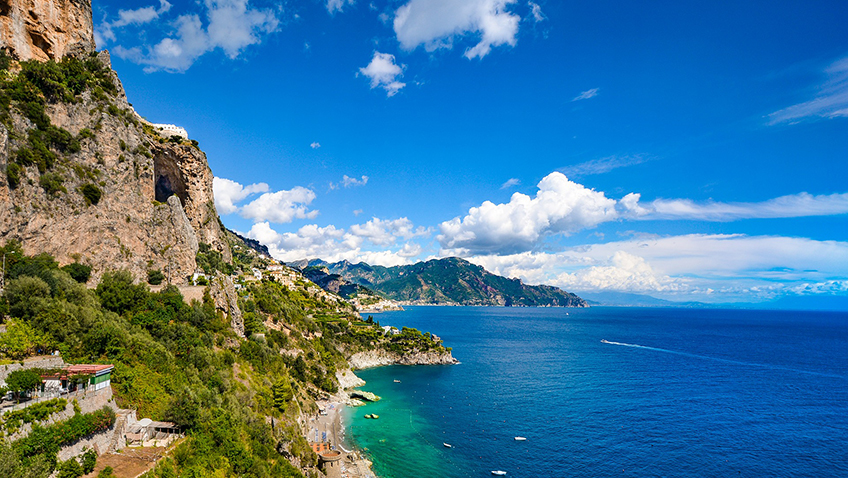 Hidden gems on the Amalfi Coast

The Amalfi Coast is considered one of Italy’s most romantic and beautiful destinations, providing a breathtaking backdrop for loved up couples. This rugged part of the coastline has been declared an outstanding example of a Mediterranean landscape by UNESCO and upon visiting you’ll quickly see why. Here, pastel-coloured villages tower high above the azure waters of the Tyrrhenian Sea.

Sorrento is known as the ‘gateway’ to the Amalfi Coast which has 13 towns and attracts more than five million people each year. If you are looking for villas in Italy with a view then this is the place to go. But which part of this captivating coastline should you set up base?

While Positano is the jewel of the Amalfi Coast, there are hidden gems just waiting to be uncovered. If you want to head off the traditional tourist trail and explore a side less visited, here are a few places to consider:

This town is often overlooked by tourists as it sits high above the coastline. While you don’t have direct access to the beach, you are only a short distance from sea and sand and its position 365 metres above the waves lapping below, means it benefits from spectacular panoramic views. It is far quieter and less crowded than other parts of the Amalfi Coast, offering a peaceful and tranquil escape in easy reach of the more popular locations if you would like to visit them too. Don’t miss Villa Cimbrone and the Terrace of Infinity which offers one of the best views. 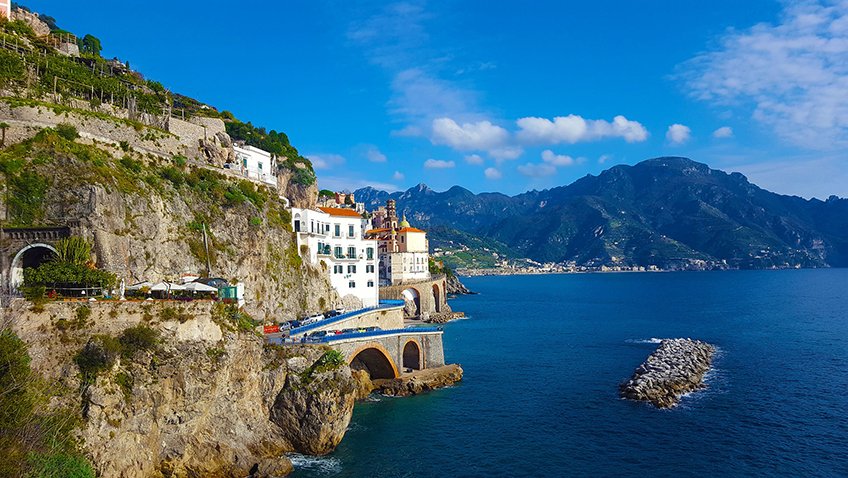 This untouched part of the coastline has avoided overdevelopment and mass tourism, offering a traditional and authentic taste of Italy. Wander around the cobbled streets and you’ll notice that it isn’t full of hotels and shops. Relax on the beach and swim in the sea before sampling the fresh, local seafood.

Like Ravello, Praiano is situated above the coastline. It’s 120 metres above the glistening water below and again, offers spectacular picture-perfect views. Situated between Amalfi town and Positano, this fishing village is a serene destination just outside of the hustle and bustle of the more touristy parts of the coastline.

There are steep steps here, so make sure you are wearing comfortable shoes and be prepared to climb – it’ll be worth it. Beneath the centre, you’ll find Vettica beach, head down here to feel the sand between your toes and paddle in the sea. Then, head up to Piazza San Gennaro in time for what is believed to be the Amalfi Coast’s most magical sunset.

Nestled in the base of a cliff, this small fishing village is often free of tourists as it is overlooked for the more popular Positano and Amalfi which sit either side of it. You’ll want to see Grotta dello Smeraldo – or the Emerald Cave. This is a 30-metre-tall sea cave carved into the cliffs which gets its name from the incredible green shade of the water.

Now you know where the Amalfi Coast’s hidden gems are, go and uncover them and discover a side that most tourists miss out on.