Home / LIFESTYLE / REVIEWS > / FILM REVIEWS / Joker took the top prize at the Venice Film Festival, but is it overrated? 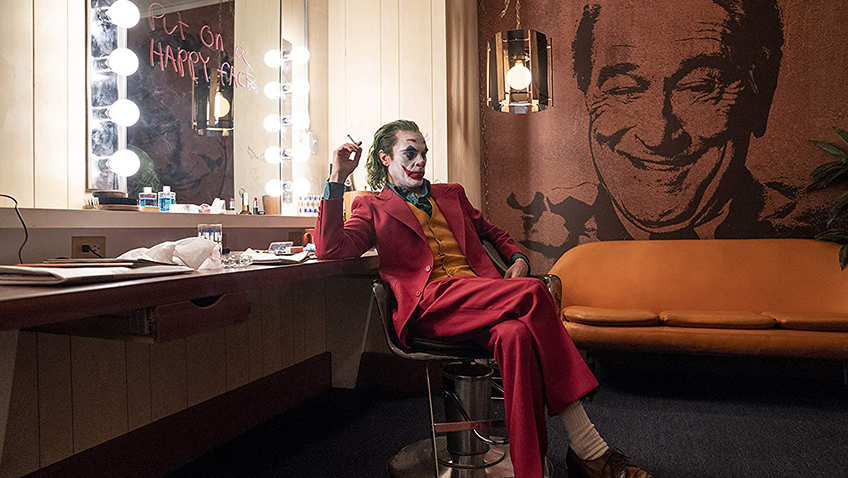 Joker took the top prize at the Venice Film Festival, but is it overrated?

, an evil comic book villain’s origins story, won the top prize at the Venice Film Festival this year, the divided views and the controversy were not far behind. Although Joker

is about a working clown and aspiring stand-up comedian, the clichéd notion that under the mask hides a tragic soul is at the heart of the film. Joker

Arthur Fleck is a 40ish, aspiring stand-up comedian who works in a clown agency and lives in an oppressive apartment in Gotham City, with his dysfunctional mother, Penny (Frances Conroy). The garbage strike that fills the news in the opening scenes, soon gives way to news of a killing spree perpetrated by a dancing clown.

Penny nicknamed her son Happy and his choice of profession is related to his mother’s wish that he ‘bring laughter and joy to the world’. It is a perverse wish from a mother like Penny and Arthur tells her, ‘I have never had a happy day in my life.’ Penny fantasises about her former employer, the billionaire Thomas Wayne (Brett Cullen), leading Arthur to accuse Wayne of being his father. In the process, Arthur meets Thomas’ real son, Bruce (Dante Pereira-Olson), the future Batman.

A typical psychopath, Arthur is unable to form friendships with his colleagues from the clown agency, but, aside from his largely unproductive visits to a therapist, the job keeps him connected to reality. But Arthur misreads cues just as people misread him, resulting in him being unfairly blamed and bullied in the first half of the film as Phillips builds our sympathy for his protagonist. When Arthur is attacked by thugs who smash his advertising sign, his boss, Hoyt Vaughn (Josh Pais) does not believe him and insists that Arthur pay for it, particularly as the client is going out of business.

After the attack, Arthur’s two-faced colleague Gary (Leigh Gill) gives him a gun. Arthur, who has rotten judgement, carries it around, even to a job entertaining children on a hospital ward. This is his favourite gig, but when the gun slips out of his pocket, and is spotted by a nurse, he is sacked by the agency and his world falls apart. 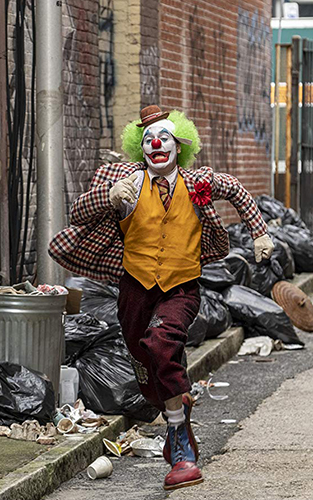 In addition to emphasising Arthur’s sick mother and his unfair treatment, Phillips builds our sympathy for Arthur by creating uncomfortable scenes around a pathological laughing disorder that causes him to erupt in laugh-like spasms. When Arthur begins chuckling on a late-night subway, the annoying laughter provokes three inebriated City boys in designer suits who assume that Arthur is mocking them. They kick him around the otherwise empty train like a punching ball. Although squirming in pain, Arthur retaliates by shooting the men and running away.

The attack elicits a mixed reaction in the newspapers, with some Gotham residents heralding the unknown clown as a hero in class warfare. While a pair of NYPD’s finest pay Penny a visit, a cult of copycat clown anarchists wreak havoc in the city, or perhaps in Joker’s imagination.

More clearly embedded in Arthur’s imagination is his disturbing relationship with a pretty, single mother, Sophie (Zazie Beetz) who lives down the hall. Phillips handles these scenes with the subtlety missing from much of the film, until he gets cold feet when he replays images to tell us what is obvious from Sophie’s conspicuously unlocked front door and other clues: that the relationship is not real.

We are left on our own to imagine what is real and what isn’t in Arthur’s relationship with talk show host Murray Franklin (Robert De Niro). Arthur fantasises about being on his show, and then, in a scarcely credible sequence is – for real – invited on the show without anyone vetting his routine or searching him for weapons. Okay, this is 1981, long before airline, office and museum security checks, but it’s live TV and if security are not alarmed by Arthur’s outrageous get-up, his mannerisms and insistence on being called Joker should have set the alarm bells ringing.

, it is the references to Network, Taxi Driver and The King of Comedy and a few dystopian horror films that you see first. Arthur transforms into an underground Travis Bickle from Martin Scorsese’s 1976 Taxi Driver. That film also used the lights of NYC to great effect, only here they are more garish and heightened, as in a comic book. But the story, plot and some characters are taken directly from The King of Comedy, in which Rupert, an aspiring, mentally deranged would be stand-up comedian tries to launch his career after meeting a famous TV talk show host named Jerry Langford. As with Arthur, Rupert fantasises that he and his TV idol are colleagues and friends, but ultimately resorts to violence.

The ‘joke’ here is that both Rupert and Travis were played by Robert De Niro who now plays the Jerry Langford character, Murray Franklin. What is the point of all these references? If Joker

were an update on Scorsese’s dark satire on the corrosive effects of our celebrity culture, that might compensate for the lack of originality, but that is not Joker 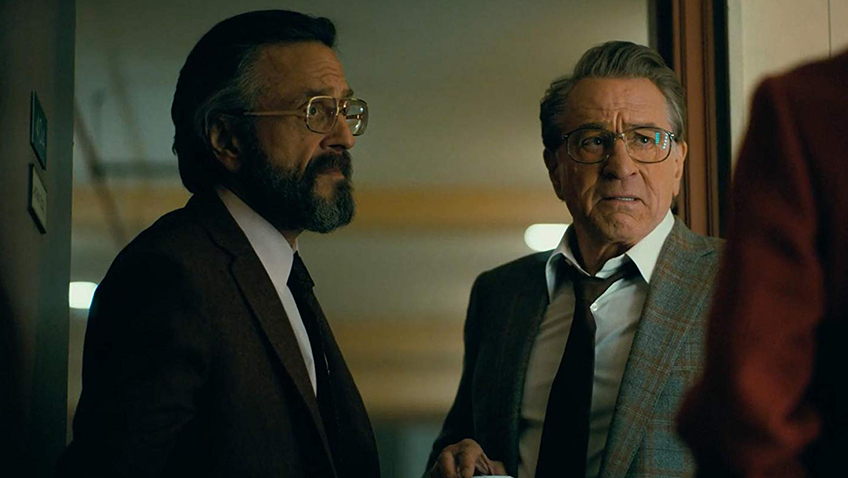 The controversy surrounding the Venice Festival win was not over the violence (the film has an R rating in the USA but a lenient 15 rating here) and memories of James Holmes who, dressed as Joker, opened fire on an audience in Colorado in 2012. The new concern is over the sympathetic treatment Phillips, who also co-wrote the script, affords this murderer and the steady build up of excuses to his behaviour in a life of abuse and bullying. His suicidal thoughts surface when he brings his diary into therapy, with its line, ‘I hope my death makes more cents than my life.’ And, in the film’s one overt political statement, Arthur learns that the therapy is being cancelled due to budget cuts because ‘they don’t care about you, Arthur’.

Joaquin Phoenix’s Oscar nomination is a given. But his performance here should be compared to that of his genuinely sympathetic hitman – who also battles with childhood abuse and lives alone with his mother – in Lynne Ramsay’s You Were Never Really Here. Phoenix’s performance there was more moderated, subtle and heartfelt, so that we could really feel his pain physically as well as emotionally. Phoenix’s often chilling and charismatic performance could see him replace Heath Ledger as cinema’s best comic book villain, but it comes at the price of overacting.