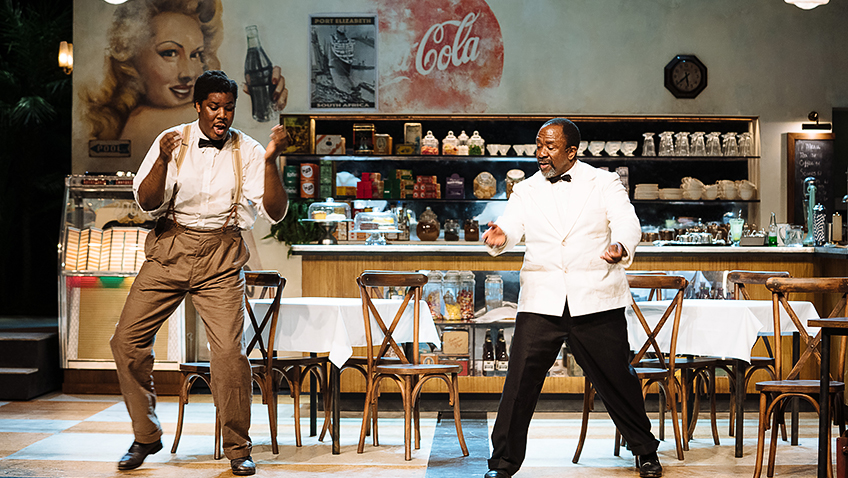 Athol Fugard’s portrait of himself as a lonely, arrogant, volatile, inherently racist teenager

Athol Fugard has said that ‘Master Harold’… and the Boys is probably the most intensely personal thing he has ever written.

He did something so shameful when he was a teenager that he has felt guilty about it all his life. 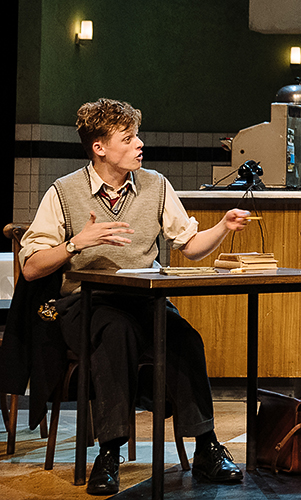 Anson Boon in ‘Master Harold’… and the Boys

The play premiered in America in 1982 and was seen at the National Theatre in 1983 with John Kani in the leading role. Its revival in a production by Roy Alexander Weise is most welcome.

The play, a painful memory and a parable about respect, is based on an incident in 1950 when Fugard was 17 years old and living in Port Elizabeth in South Africa.

The boy (Anson Boon) counts Sam (Lucian Msamati) and Willie (Hammed Animashaun) as his best friends. These two black men in their forties work as waiters in his mother’s tea room and it is they who have ushered him from boyhood to adulthood.

Fugard did what he did because he was white and “Master” and because they were black and “Boys”, mere servants.

Fugard has two other stories to tell. The first is when Sam made a kite for him when he was a little boy. The possibility of the two of them ever flying a kite together again in Apartheid South Africa is remote.

The second story is when the boy is set an essay to write on some important cultural event and Sam suggests he write about the annual black ballroom dancing competition he and Willie are going to enter.

The ballroom is a place where nobody bumps into anybody else. For Sam it is a symbol for what he would like his life to be: a seamless interaction between people, a dream world in which there are no collisions between races.

Msamati moves round the tea room as if it were on a dance floor. It is a performance of tremendous charm. He is both friend and father to the boy. It is Msamati’s acting which ensures the climax is so poignant.