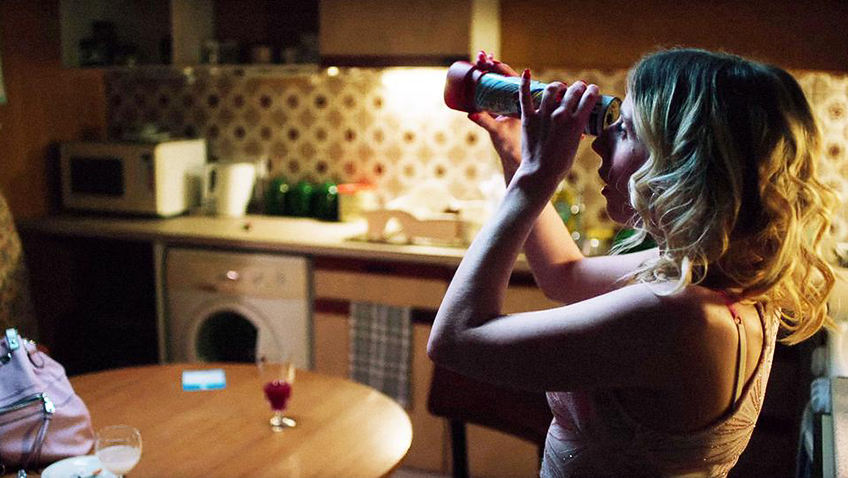 A psychological thriller for filmgoers who enjoy puzzles

Kaleidoscope (Sparky Pictures) is a psychological thriller for cinemagoers who enjoy puzzles. Rupert Jones directs and casts his elder brother Toby Jones who plays a man who has just been released from prison and is having confrontations with a date (Sinead Matthews), he has picked up on line, and his mother (Anne Reid). The fractured script is all over the place, making it deliberately difficult to follow. You don’t know whether you are in the present, past or future and whether what you are seeing (including a murder) is for real or a nightmare fantasy going on inside the man’s disturbed mind. Many viewers are going to be irritated. The most striking image is the location, the East London Dover Council Estate building with its wonderful Hitchcockian spiralling staircase.

Balloon (StudioCanal) is based on a true Cold War story and has been filmed before. This new German version was released to coincide with the 28th anniversary of reunification. According to estimates between 1976 and 1988 alone 38,000 East German citizens failed to flee to the West. At least 462 men, women and children lost their lives at the border. They were branded as traitors by the GDR regime. Two families made their amazing escape in 1979 in a homemade hot air balloon which they had built in their cellar. Michael Herbig directs a pedestrian script without flair. The story is worth telling but it deserves better handling and needs more Cold War context.

Hidden Kisses (Matchbox Films). Two gay teenagers are having a really bad time at school and at home, coping with peer pressure and parental disapproval. This French TV film feels as if it has been produced by an educational authority to encourage debate on homophobia and bullying. Simplistic, formulaic, clichéd, sincere, the script is aimed at teenagers, teachers and especially parents who are having difficulties coming to terms with their children being gay. Bérenger Anceaux and Jules Houplain are the two boys. Patrick Timsit is a dad, who is also a police cop and gradually becomes more open-minded and more and more supportive.