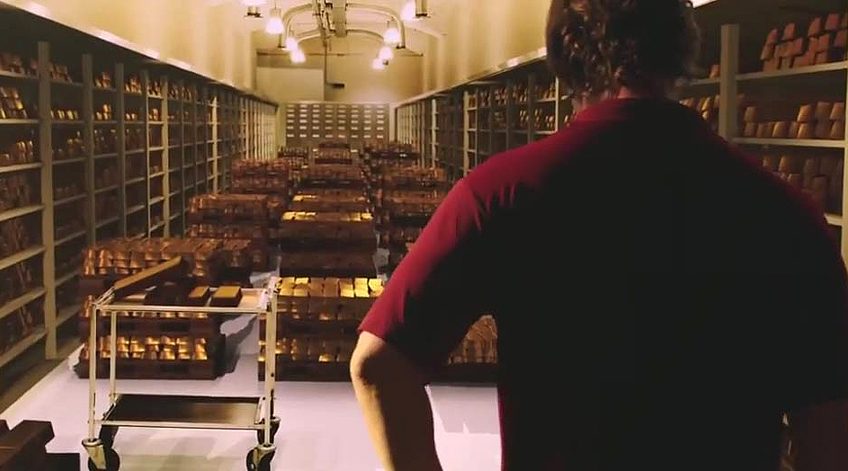 Matthew McConaughey goes for gold, but the film is more gold dust

Los Angeles might be dubbed Tinsel Town, but from the historic ‘49ers and the goldfields of California to its film heritage, gold is what strikes a chord. Ever since Charlie Chaplin played the Lone Prospector in his 1925 film, The Gold Rush, the dream of becoming rich overnight off the land has become part of the American Dream, with mixed results. From The Treasure of the Sierra Madre; to The Far Country and Mackenna’s Gold; to the gold prospectors in Clint Eastwood’s Pale Rider and the 2008 Fool’s Gold, the link between gold, Hollywood and the American dream has remained steadfast, if not always lucrative.

Now there is a new link in the golden chain.  Stephan Gaghan’s Gold

, based on the equally surreal Bre-X Minerals Ltd scandal in 1989, blends the recent trend for movies about the financial crisis and corruption of Wall Street with an appealing hint of film noir.  Bursting with energy, atmospheric location shooting; a sorely tested love relationship, a manic performance from McConaughey and more twists and turns than the Thames, Gold

is a combination of The Treasure of the Sierra Madre, The Wolf of Wall Street, and The Sting but not a match for any of them.

, and one you definitely do not:  anything whatsoever that might give away the ending.  What  you might know already is that the Texan character actor Matthew McConaughey, who lost 50 pounds for his Oscar winning role in Dallas Buyers Club, gained 40 pounds for his role as the gold prospector Kenny Wells. McConaughey also starred in the otherwise forgettable film, Fool’s Gold, so clearly he’s caught the bug.

Complementing his beer belly with a bad comb-over and big teeth, McConaughey’s Kenny Wells chains smokes and drinks his way through a serious bout of malaria, a rendezvous with a tiger and more financial ups and downs than the pound since the Brexit vote. He is also edging increasingly closer to losing the only constant in his life, his loyal, long-suffering girlfriend Kay (Bryce Dallas Howard), a barmaid who somehow loves her self-destructive ruin of a boyfriend for who he is.

Kenny Wells (based on David Walsh who founded Canadian Bre-X mining) inherits the Washoe Mining Company when his father dies. The market dries up and, seven years later Kenny’s office is a leather booth in the back of a smoky, dark bar, where he desperately appeals to a shortening list of subscribers.  Not even his father’s long-time backer Clive Coleman (Stacy Keach) will meet with him, although within a short time, Coleman is begging at Washoe’s door. Kenny doesn’t hold a grudge.

One night Kenny has a dream where he is standing over a huge pit in the jungle overseeing men extracting gold. He believes it is a vision. Spontaneously, he flies to Indonesia to strike a deal with legendary geologist Michael Acosta (Édgar Ramírez). Acosta’s real life counterpart was Filipino geologist Michael de Guzman who, when the scandal hit, allegedly committed suicide by jumping out of a helicopter in Borneo. 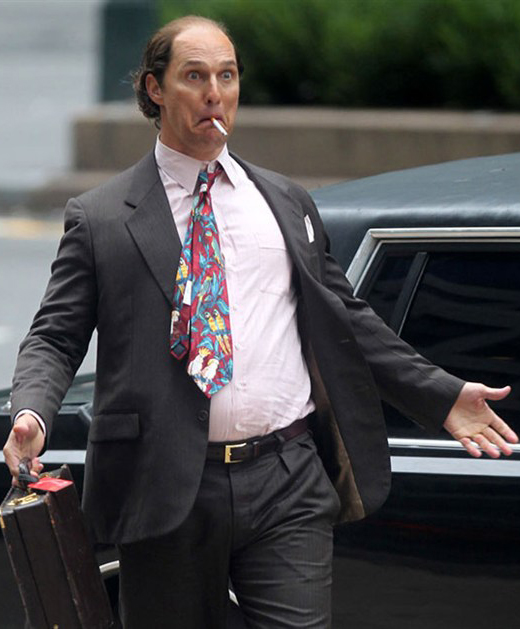 Acosta seems to know the spot in Borneo to excavate with Kenny’s backing and, to Kenny’s delight, it turns out to match his dream. On site, Kenny almost dies of malaria.  When he awakens, he not only sees that Acosta has not abandoned him, but hears the magic words: Acosta has found 8 ounces of gold per ton of rock.

When word gets out, the subscribers come flooding in. Kenny flies to Wall Street to meet with the cutthroat commodity players.  Without consulting Acosta, Kenny rejects a buy-out of $300 million because he wants his and his company’s name on the claim.  There’s more to the dream than money!  When Kenny is hoodwinked by billionaire competitor Mark Hancock (Bruce Greenwood), who is in league with the corrupt Suharto government, Acosta suggests that they, too, can play that game…

Cleverly, the story is told from Kenny’s point of view and Gaghan keeps us wondering whether, Kenny, who has been telling his story to an unspecified interrogator, is an unreliable narrator.  After the scandal breaks, we discover the identity of the interviewer. The question becomes, did Kenny know? The second question is how all these big subscribers could have been conned.  Kenny suggests, ‘When everyone’s getting rich, nobody gives a **** about the truth’.  In the musical Evita, Ché points out that, ‘when the money keeps rolling in you don’t keep books.’

One other thing you should know about Gold

. The script is by writing partners (and co-producers) Patrick Massett and John Zinman who wrote Lara Croft: Tomb Raider. This might explain the absence of Gaghan’s trademark intersecting stories with different perspectives. There is only one story here and McConaughey is in just about every frame, with diminishing returns. The problem is that it is not only difficult to empathise with Wells – a man who dreams of destroying pristine green jungle and turning it into a cavernous mine – but his character does not evolve.

is a buddy movie in the grand old tradition of The Treasure of the Sierra Madre, and at times looks set to become a bromance. But Acosta’s role is so underwritten that we miss out on this, as though the filmmakers were afraid of giving too much away.

Despite these shortcomings, a lot of fun is to be had watching Kay’s eye-popping wardrobe evolve as Kenny enjoys a brief spell as a billionaire. Nor can we help but admire the fantastic locations (beautifully shot by 66-year-old cinematographer Robert Elswit), from the jungles of Thailand to the Four Season’s Restaurant in the iconic Seagram’s Building (where Rothko’s Tate modern paintings were to hang); to the glamorous, legendary Waldorf Astoria Hotel in New York. This is where Kay and Kenny stay for his receipt of the prestigious Golden Pickaxe, awarded to the top prospector in the world. Money isn’t everything to Kenny Wells and it’s just as well.