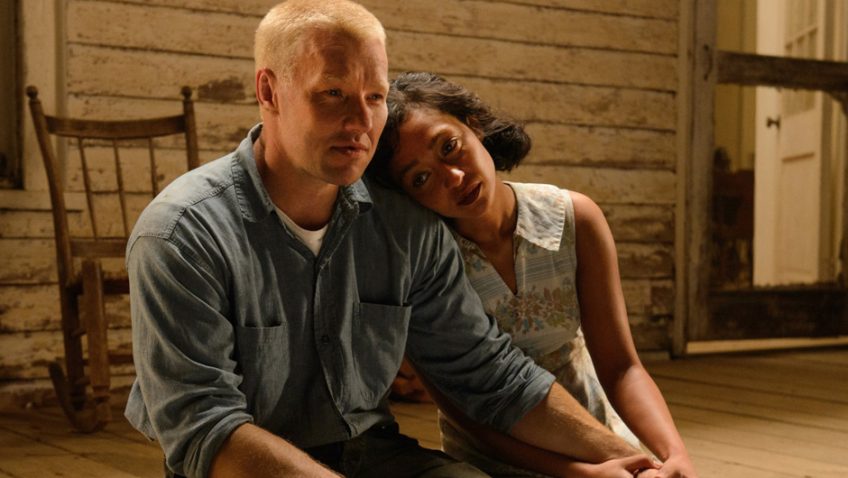 A sensitive, beautifully made, if overly subdued, account of a landmark civil rights case

We naturally take for granted our right to marry the person we love and live happily ever after.  But as recently as 1967, all sixteen southern states in the USA had miscegenation laws, prohibiting interracial marriage.   In 1967, when Van Morrison was paying tribute to his Brown-Eyed Girl and the Beatles were claiming, All You Need is Love, a white bricklayer named Richard Perry Loving (Australian actor Joel Edgerton) and his half Black African, half Native American wife, Mildred Jeter (Ethiopian actress Ruth Negga), were at home, close by a recently-installed phone. They were waiting to learn if a suspended prison sentence that had hung over them since 1958 had been quashed by the Supreme Court. 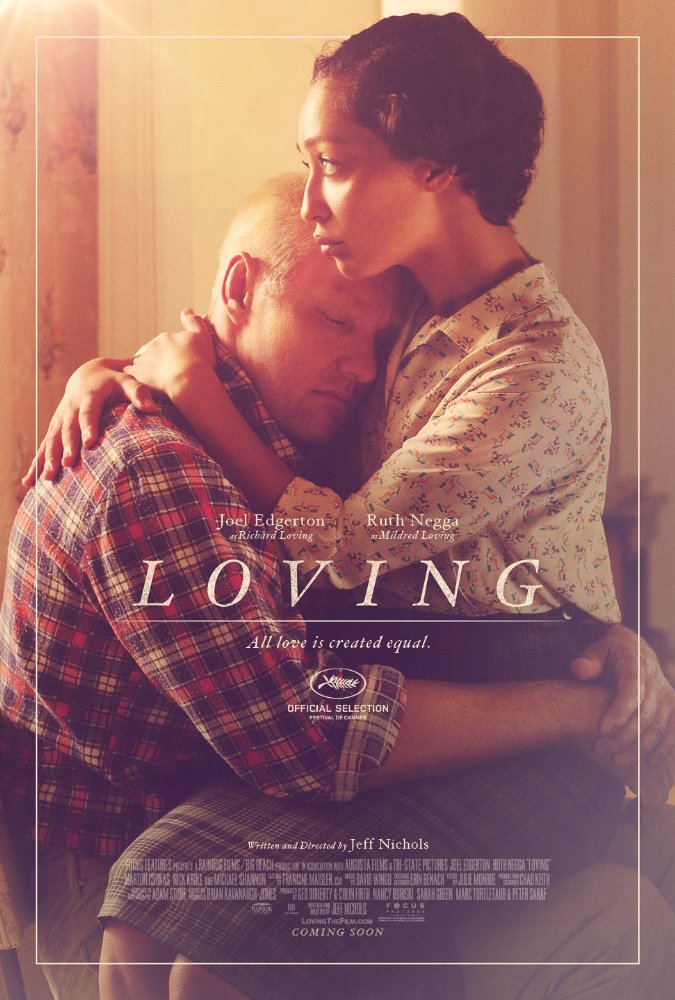 In fact, the landmark civil rights case of Loving v. Virginia had a much wider impact as it declared Virginia’s nefarious Racial Integrity Act of 1924 outlawing interracial marriage to be unconstitutional.  Though this was a landmark civil rights case the Lovings decline the invitation to attend the Supreme Court deliberations, preferring to remain on their farm in rural Virginia with their three young children.    This is typical of the Lovings, a quiet couple – as far from Erin Brochovich as you can imagine.

In the opening scene Richard, a rugged, good looking white man with fair hair and tiny eyes. and Mildred, a pretty black woman of 18, with wide brown eyes, are shown in close up, sitting on the porch of a run-down farmhouse.  Shyly Mildred whispers, ‘I’m pregnant’.  Richard cannot stifle a rare smile. A man of few words, he says, ‘That’s good; really good,’ and shows Mildred a plot of land that he has purchased on which he will build their home.

And then Richard decides to commit a crime to make the child legitimate. Against the advice of their close-knit families who live in harmony in a poor, interracial community 48 kilometres north of Richmond, they drive to Washington DC to get married.  We never learn the identity of the snitch, but somehow the racist Sheriff Brooks (Marton Csokas) learns of the marriage and drags them out of bed to haul them off to jail.  Richard points to the marriage certificate framed in their room, but Brooks informs them that it is invalid in Virginia.

Once he is bailed, Richard hires Frank Beazley (Bill Camp) to ‘straighten this out.’  The lawyer tells them that he’s made a deal with Judge Bazile (David Jensen), whom he knows. Bazile would suspend their year prison sentence under two conditions. First, they must plead guilty, which they quickly do. Second, they must agree not to return to Virginia together for 25 years. This is where the plot thickens.

The Lovings want nothing more than to live together, honestly and minding their own business. But while Richard makes due with their new life in a cousin’s house in Washington DC, Mildred wants her children to grow up in the countryside and close by her close knit family.

All of writer/director Jeff Nichols’ (Midnight Special, Mud, Take Shelter) films have been set in rural locations (here, beautifully, and symbolically captured by Nichols’ regular cinematographer Adam Stone), but Mildred’s ties to the land are stronger than her fear of being imprisoned.  Richard and cannot bear to see Mildred unhappy and they return clandestinely for the birth of their first son, Sidney. He is delivered by Richard’s mother, a midwife. Like Mildred’s sister (Terry Abney) she blames Richard for their woes. The couple is quickly arrested again, but saved by the intervention of Beazley, who runs into the court, sweating and short of breath, to tell Judge Bazile that he had given his clients incorrect advice about returning for the birth. 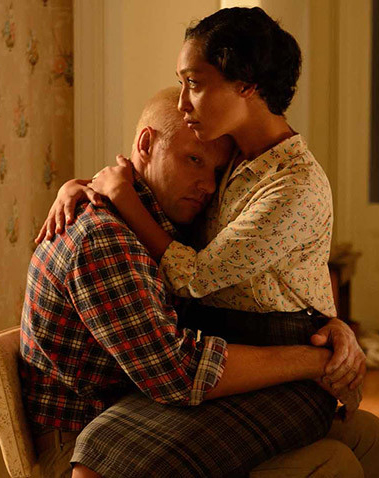 After five years in DC, Richard notices that Mildred is depressed. After Sydney is hit by a car (the children never seem to look both ways when crossing the streets), the family sneak back into Virginia where they remain in a remote farm house until 1967.

The film shifts noticeably in its portrayal of their relationship when Mildred, still in D.C. watches the civil rights marches on television and is inspired to write to Robert Kennedy about their case.  Her letter is in the Kennedy archives.  One day Mildred receives a call from a Bernie Cohen (comedian Nick Kroll), identifying himself as a lawyer with the American Civil Liberties (ACLU). Cohen explains that Attorney General Kennedy passed on her letter and he would like to meet with her.  Mildred, on automatic pilot, starts to explain that she will need to discuss it with her husband. Suddenly, when she learns that the ACLU will pay the legal fees, she does not finish that sentence and instead agrees to meet with him.

From this point, Mildred becomes a reluctant political activist.  Her inner strength finds its expression and she patiently drags Richard along, compromising only with his refusal to accompany Cohen, and Philip Hirschkop (Jon Bass), to the Supreme Court.  She even persuades Richard that it would help their case if they allow a Life Magazine photographer (played by Nichols’ muse, Michael Shannon) into their home to show Americans this normal family watching TV and eating dinner around a big kitchen table.   Richard does not protest, although he is concerned that the publicity could lead to more of the physical threats that he receives and keeps from his wife.

Nichols’ understated approach to this quietly dignified couple is commendable – up to a point.  While Edgerton and Negga are remarkably convincing and look at one another with real love in their eyes, they are, at times, almost frustratingly low key. If they never argue, couldn’t Mildred exhibit a bit more enthusiasm when Cohen calls them from the Supreme Court with the long-awaited news?  The Supreme Court decision itself is relegated to a short caption just before the end titles.

While the solemn though engrossing film does need levity, it is rather disappointing that Nichols goes for laughs in his depiction of Cohen, and underwrites (as well as misrepresents) the role of Phil Hirschkop. The distinguished Civil Rights advocate Hirschkop was actually greener than Cohen at the time, having just graduated from law school when he took on the case that launched his career.  These two dedicated ACLU lawyers are turned into a kind of Rosencrantz and Guildenstern double act, their Jewish names (and professions) carrying unfortunate connotations.

As the film was shot on location in Virginia, the end credits carry the state’s slogan, Virginia is for Lovers.  There is no irony in that now, as the slogan, dreamt up by an ad agency, was adopted two years after the Loving case.