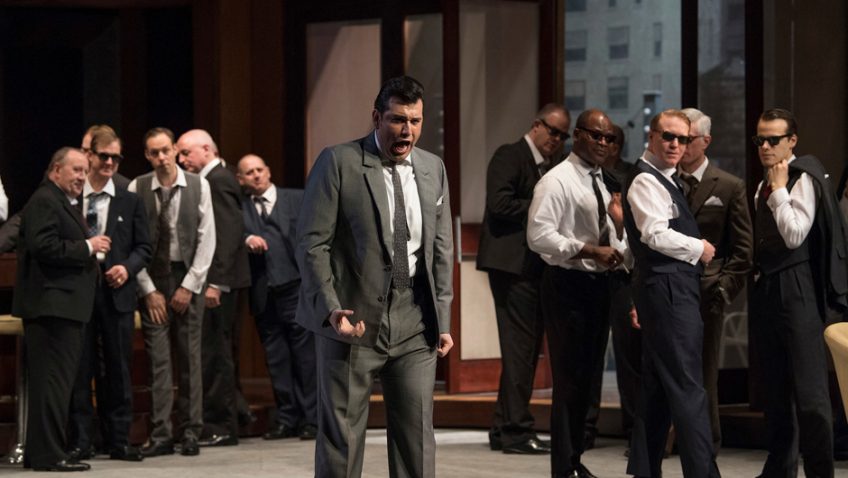 Jonathan Miller’s iconic Rigoletto is back for its 13th revival

When Verdi was asked which of his operas was his favourite he replied Rigoletto.

The premiere in 1851 was a huge success with the public and it has been a box-office draw ever since.

It has a great score and one of the best librettos. The final scene is one of the great melodramatic scenes in all opera. The father, gloating over the murder of the man, who has seduced and raped his daughter, discovers that the man is still alive and that it is his daughter, who has been killed by the professional hit-man he paid to do the job.

The Italian censors were not keen on the first draft, finding its immorality deplorable and its triviality obscene. Verdi was forced to do some tinkering

Jonathan Miller’s modern Mafioso production for English National Opera premiered in 1982.
His updating to the 1950s suits the story perfectly. Rigoletto is no longer a court jester but a barman is a Mafia hotel.

There have been so many ‘final performances’ over the years; but it has kept coming back, especially whenever ENO was strapped for cash and desperately in need of full houses.

The present revival, conducted by Richard Armstrong, is its 13th and Miller, in the curtain call, got the loudest applause and a standing ovation.

There are some fine solos, duets and choruses. There is a great quartet in the final act.

Nicolas Pallesen is Rigoletto. Sydney Mancasala is Gilda, his daughter. Joshua Guerrero is the Duke who seduces her.  Burnaby Rea is Sparafucile, the professional hit-man.

Patrick Robertson and Rosemary Vercoe provide three atmospheric sets: a cocktail bar in a luxury hotel; a West Side Story tenement building; and a riverside bar in a dirty alley.

The performance, as a whole, however, is never as thrilling as I have known it to be in the past

Miller has a memorable double joke: first La Donna e Mobile is played on a jukebox and then the machine has to be kicked-started when it stalls.