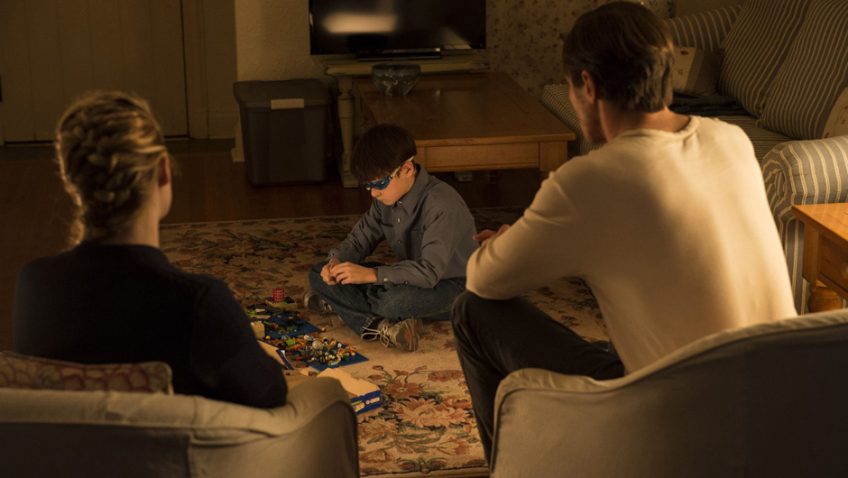 This Midnight Special doesn’t shed a lot of light

— and with our expectations.  The central premise is a Texan family on the run from both the FBI and NASA and towards their creepy eight-year-old son’s mysterious destiny.  As premises go, it’s right up there. But it also features a religious cult headed by Sam Shepard and aliens from outer who space who land in an improbable looking spaceship resembling a shopping mall designed by Thomas Heatherwick.

The film is rife with intrigue and mystery; and those who are fed up with overwritten, over-explicit, heavy-handed narratives, will be in seventh heaven. But Nichols’ refusal to connect the dots between the disparate story lines – each of which is a film in its own right; produce a convincing alien presence or establish a credible relationship between the boy and his grieving parents make the film a frustrating experience.

We are off to a good start with two men and a boy holed up in a motel room and a religious cult leader being questioned by the FBI. Roy (Michael Shannon) has just fled a religious cult led by Calvin Meyer (Sam Shepard) where his son Alton (Jaeden Lieberher) has been kept so that the group could make use of his special powers.

Roy, Alton and Roy’s childhood friend Lucas (Joel Edgerton), a state trooper, drive down dark Texan side-roads and hide out in lonely motels to evade the FBI, who are interviewing Meyer in connection with the boy’s disappearance.  The interview is arguably the highlight of the film, thanks in part to Sam Shepard’s inspired cameo. The Church’s sermons are based on the boy’s prophesies and, it so happens, are encoded with secret government information.  Enter Agent Paul Sevier (Adam Driver), who is dubious of the cult’s claims.  Everybody loves a good cult story, and this is a humdinger as Meyer is clearly certifiably insane.  But sadly, we leave the cult early on never to return.

Another highlight occurs when Roy, Lucas and Alton stop at a petrol station and Alton does not remain in the car as instructed. The two men are frozen in wonder as Alton induces a meteor shower that envelops the sky and nearly kills them. This is the first indication that Alton is not only strange, but dangerous. 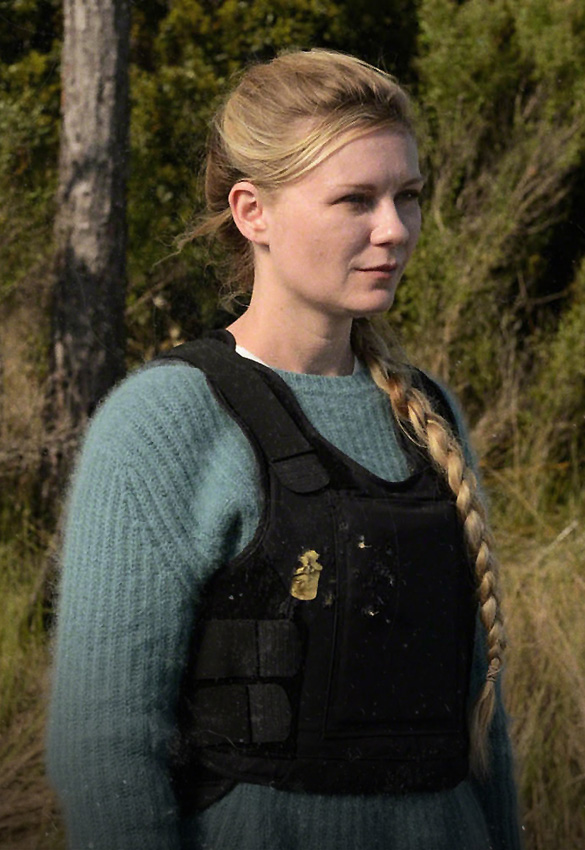 They drive through the night to the modest home of Alton’s mother Sarah (Kirsten Dunst, Spider-Man) who has been separated from Alton for two years after she was expelled from the cult.  Gradually we learn that, just as Roy and Sarah have been reunited with their son, they are preparing to let go of him so that he can fulfil his destiny.  Just what that destiny is becomes apparent at the end of the film.

Nichols leaves us to fill in a lot of gaps, a technique that actually prevents us from feeling the tension as we do not understand what is going on.  Tension is the result of anticipating something that is likely to happen.  We pick up fragments along the way that never quite come together.  We learn that Sarah was expelled from the cult, but can we believe she would not call the cops over the two year period when she was separated from her son?

As the film progresses, Alton transforms from being the passive victim to the leader, telling his parents what they must do. But what parents would be dictated to by an 8-year-old, no matter what is ‘powers’?

What most parents would do with a child who claims his destiny lies in some field at a certain time and date, is take him to a shrink. There is the possibility that the film is allegorical: a film about letting go. But you don’t let go of an 8-year-old, no matter how different or brilliant he is.  And surely parents who will never see their child again are going to have long conversations with him about their memories and imagine his future, trying to arm him as best they can.

Then again, Alton could hardly have had many happy memories of growing up. Oddly, there is no suggestion of Roy and Sarah being abusive parents even though they gave birth to him in a religious cult that has a lot in common with Opus Dei.  At the very least we would expect the parents to have those conversations with Paul Sevier, so they could understand how this could have happened, and where the boy is likely to go.

Sevier becomes a pivotal player, as he is the only official who can communicate with Alton and who can begin to understand his powers.  But again you have to ask yourself what makes a seasoned pro risk his job, not to mention a jail term, by betraying his employers and helping a boy who appears to be more alien than autistic?

In another movie, one in fact with the title, Mercury Rising, Alton would be an autistic savant who can hack into government codes. This makes him the target of both the FBI (as in Midnight Special

) and some power hungry villains (here, perhaps the cult).   In Mercury Rising, when a boy Alton’s age finds his parents murdered, and Bruce Willis’ FBI agent realises he cannot trust anyone, even his boss, he and the boy go on the run. There is plenty of running in that 1998 film, too, but it’s less atmospheric.