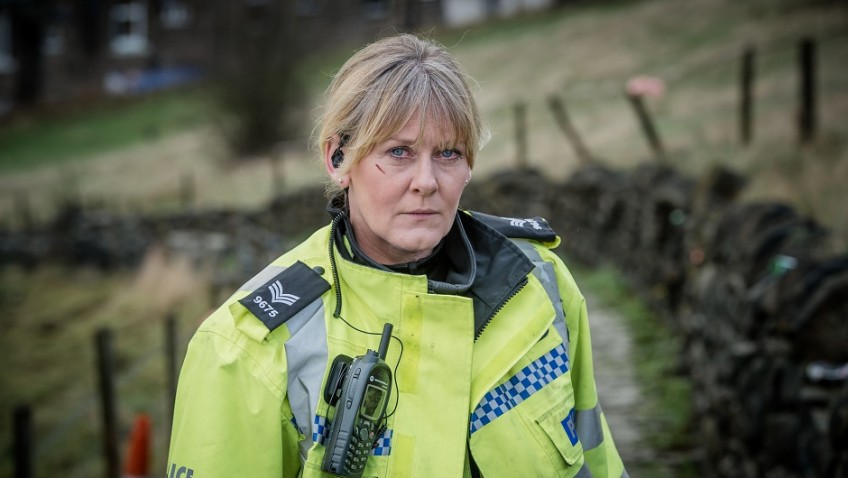 Hebden Bridge is now firmly on the tourist map

The setting is the 500-year-old picturesque market town of Hebden Bridge in the Calder Valley in West Yorkshire. Happy Valley is the nickname police have given to Calder Valley because of the drug problem.

Yorkshire-born Sally Wainwright (as admirers of Last Tango in Halifax know) writes good strong roles for women and this is one of the reasons the series has been so popular.

Sarah Lancashire plays a gutsy West Yorkshire police sergeant who is seeking to take her revenge on the criminal (James Norton) who got her 17-year-old daughter pregnant and caused her to commit suicide.

The criminal is involved in the abduction of the daughter of a rich businessman (George Costigan). The abduction is kick-started by a frustrated accountant (Steve Pemberton) who is denied a deserved rise in pay.

In the second series a serial killer is on the loose killing prostitutes. Could it possibly be the alcoholic with a bad temper (Con O’Neill) who is in relationship with the sergeant’s alcoholic sister (Siobhan Finneran)?

People do mad, weird things. A besotted teacher (Shirley Henderson) is in thrall to the psychopath who is now in prison. But then anybody is capable of anything in the right circumstances. Will the policeman (Kevin Doyle), whom we see killing his blackmailing mistress, get away with murder?

What’s interesting about the series is that all the characters, good and bad, are flawed and their actions, a moral dilemma, always rebound on them.